Posted on 6 May 10:25
With the mud flap brackets cadded, it was all we could do to resist cadding the mud flaps themselves. Actually, we couldn’t resist. Well, who could?

First, we started with something that isn’t present on the Group B resto we now seem to be trying to emulate in infinite detail: mid-rocker mud flaps (MRMFs), for want of a better term. What are those and why are you installing them? You may ask, Well, here’s an example that seems to only have been used on some of the David Sutton built cars in the UK. 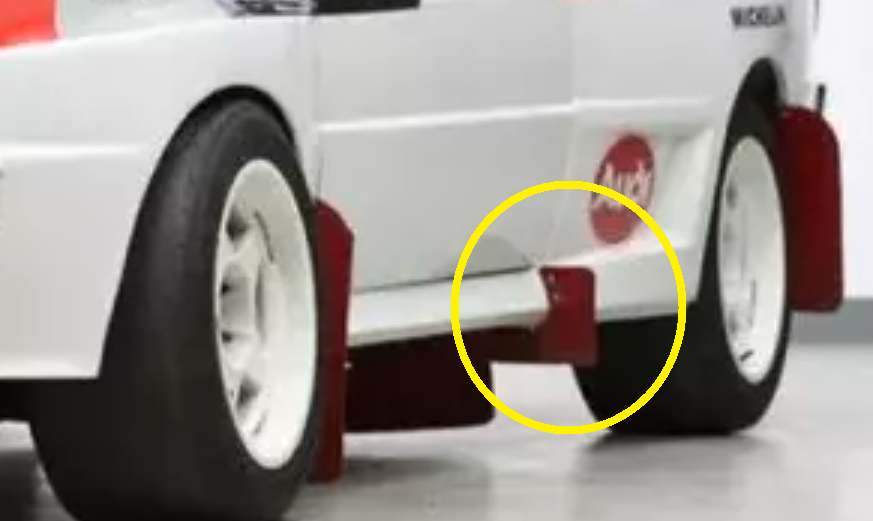 It looks like it was used to mask a dodgy transition from the wide rear fenders to the rocker panel (sill in the UK). Well, that’s what we’re going to use ours for anyway as we have this going on due to, well, we’re not sure why. Maybe because we bought the cheap body kit. 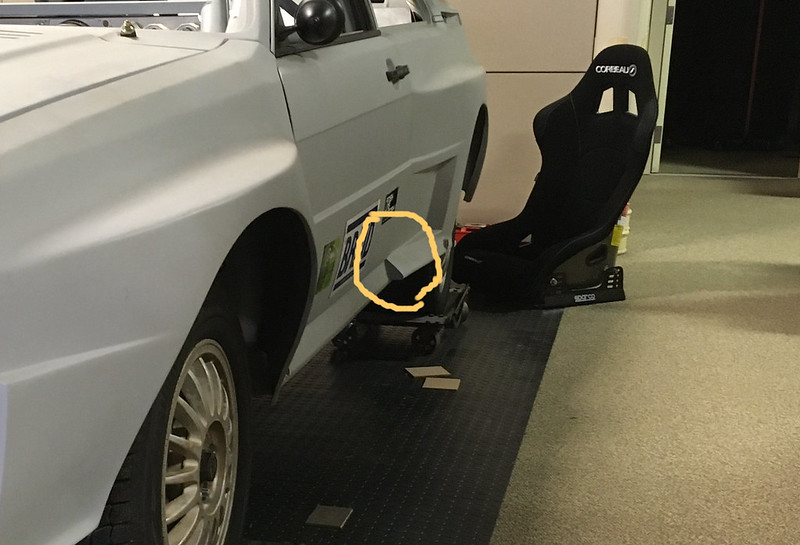 Looks like it was almost designed for a mid-mud-flap (MMF?), don’t you think? So this is what we came up with. Of course, we also cadded a bracket for it. More welding required. 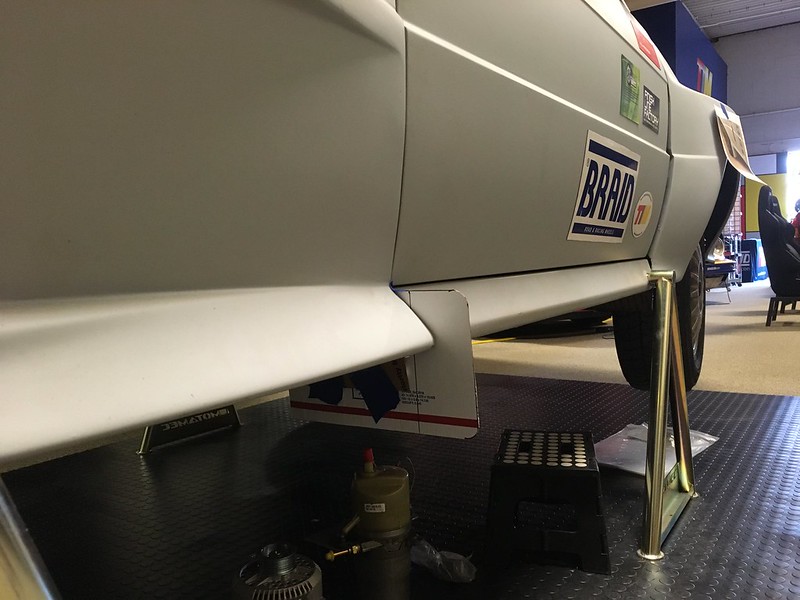 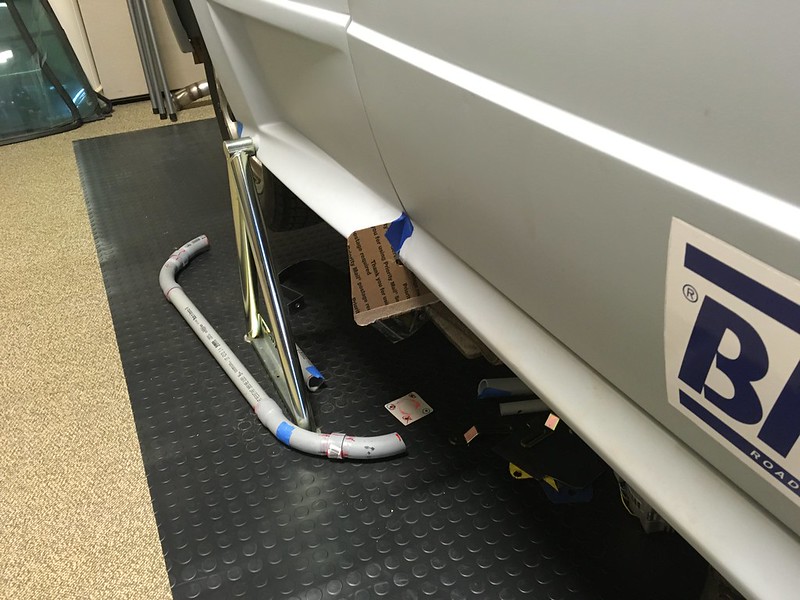 This gave us the confidence to tackle the proper mud flaps (PMFs). Incidentally, we think we are going to use Sparco mud flaps in white as they look to be about the same size as the works ones at about 11” x 19” (that’s 0.002 x 0.004 football fields in American units), are available in white, are cheap and thin enough to fit between the door and the front fender. We also use them on our rally 911 but in portrait orientation. On this car they will be in landscape orientation which is why we measure them in football fields. On the 911 they are 0.09x0.16 stories. We are not using aircraft carriers as a unit of measurement on this car; that would be ridiculous. First attempt seemed too wide. 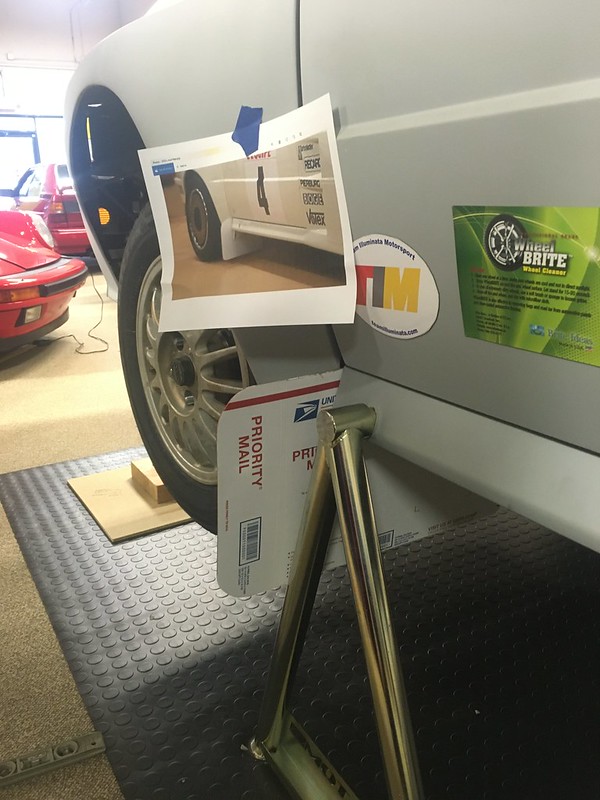 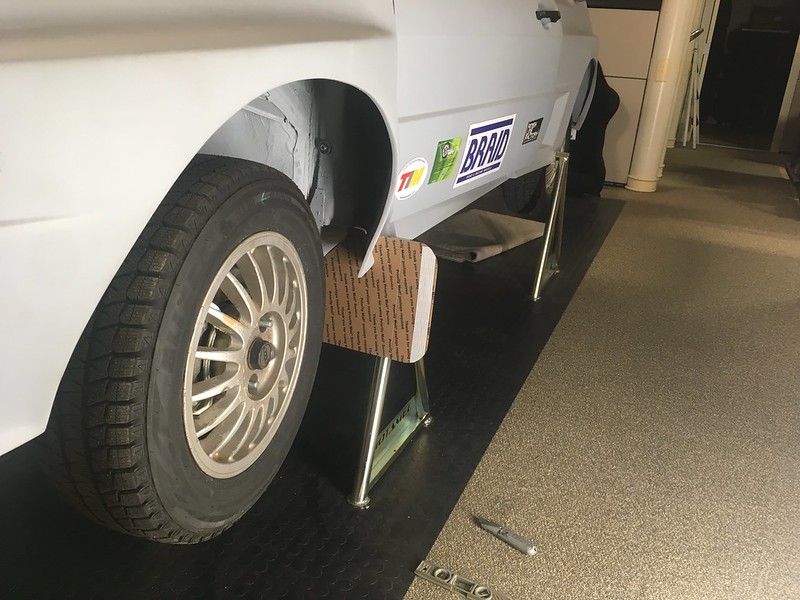 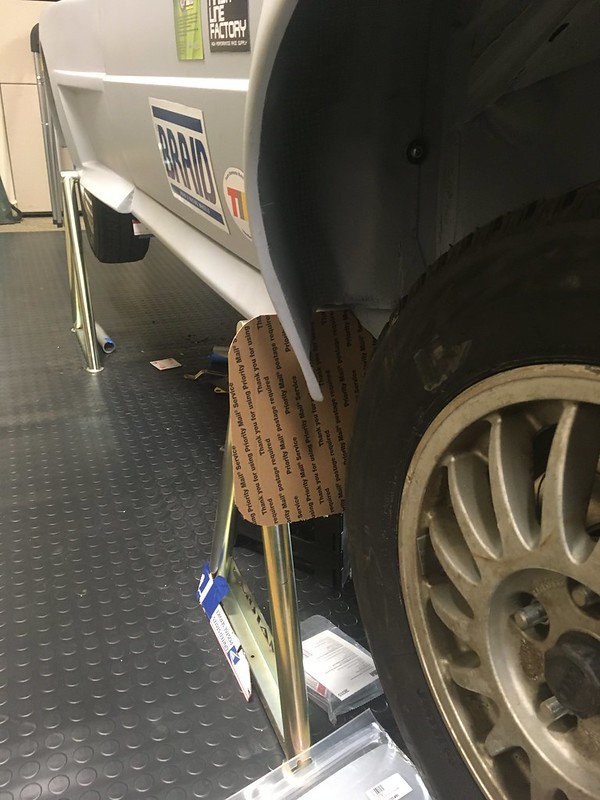 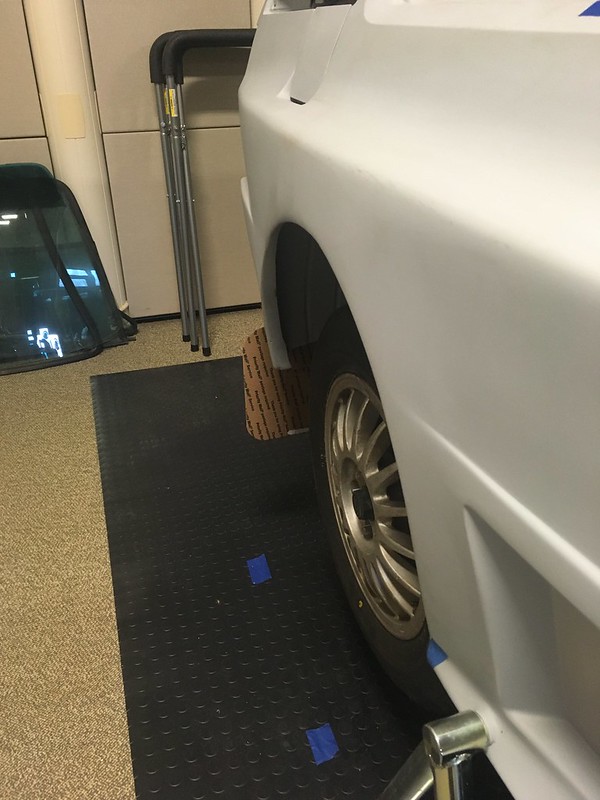 And are now much happier. They are now sitting about an inch inboard from the widest part of the fender (top) whereas before they were about an inch outboard. One could argue, on technical grounds, that they should be level with the widest part of the fender but we are happy with this result. Incidentally, it was quite difficult to get them lined up front to back. Like being level, we think it will be an important detail once the car is finished and took quite a bit of measuring and back and forth to achieve so we hope we are right. 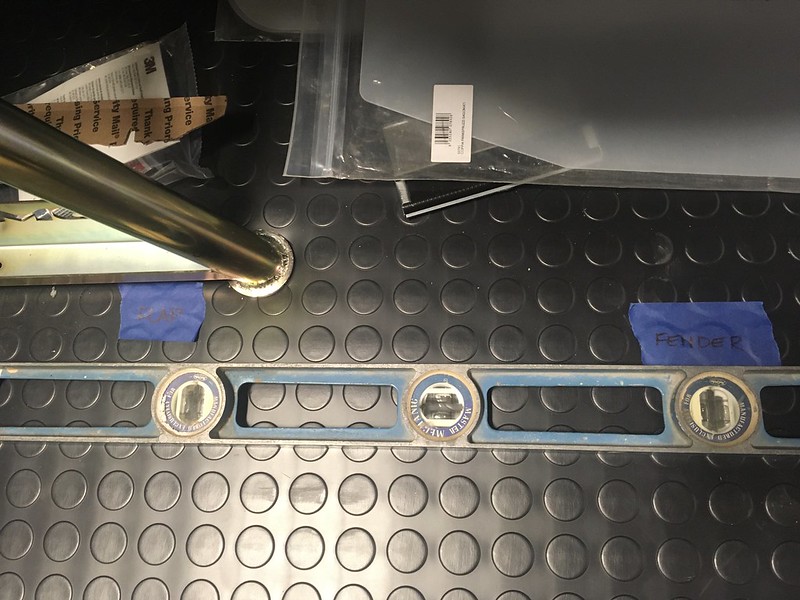