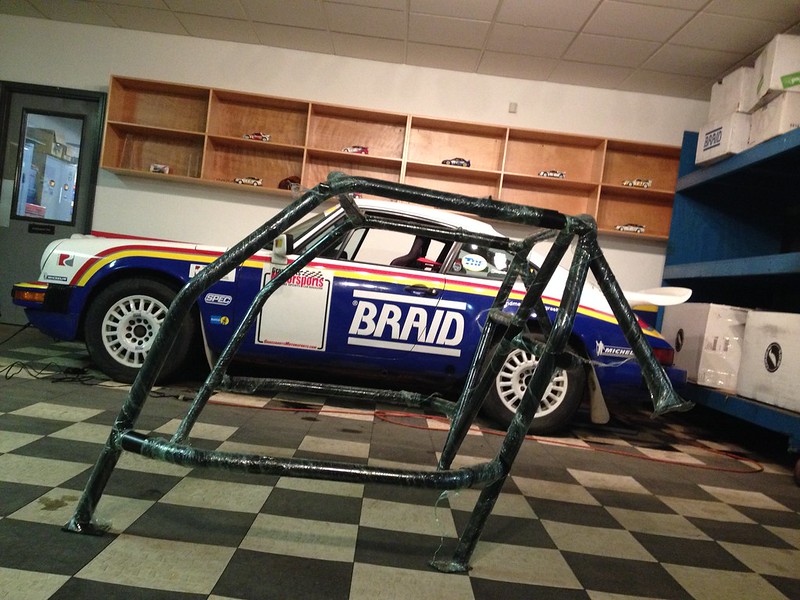 That's right, our little 911 is getting a roll cage. Does this mean we are going racing? Maybe. Motivations for this are three-fold: 1) safety during track days etc. 2) Race car credibility generally. We are showing the car a lot more these days. 3) This six point bolt in cage is SCCA time-trial approved and should allow us to run the Empire Hill Climb later this year!

We picked it up from a chap in Cincinnati who was selling for "Local pickup only" as a few of the bolt on sleeves had been welded "for additional safety" which rendered it less easy to ship. 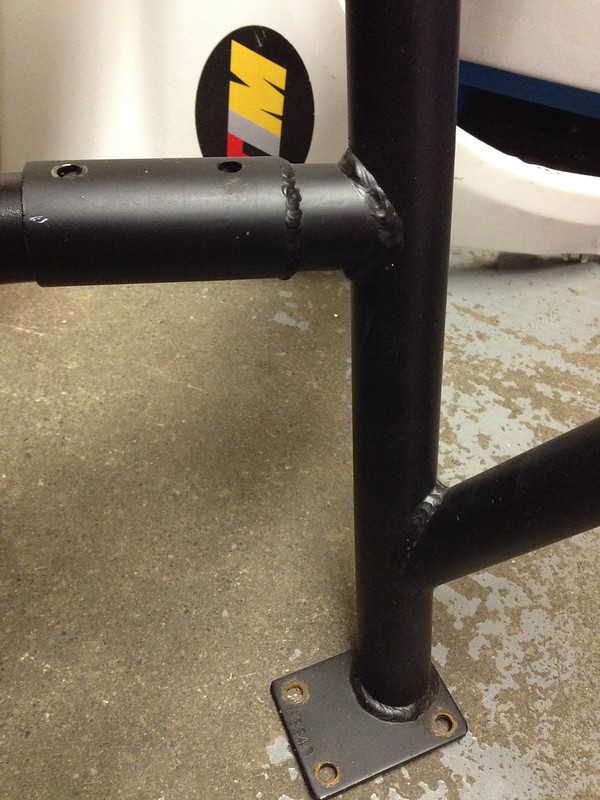 Fortunately that allowed us to win the auction for a great price as it really narrowed the market for it and, although we were willing to drive down to Cincinnati for it a good friend of the shop, Nick Clute very kindly volunteered to pick it up for us on his way back from Florida. SWEET!

We would prefer a white cage and will probably paint it before final installation but first we have to make sure it fits and that we can still install two seats with harnesses as only the driver's side harness bar is looped for extra clearance. So first thing was to remove the seat and harness bar from the car. 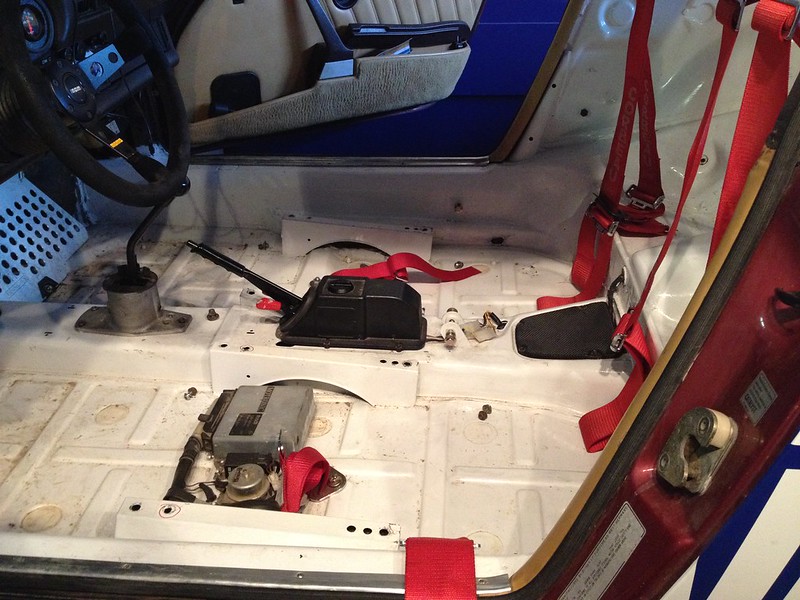 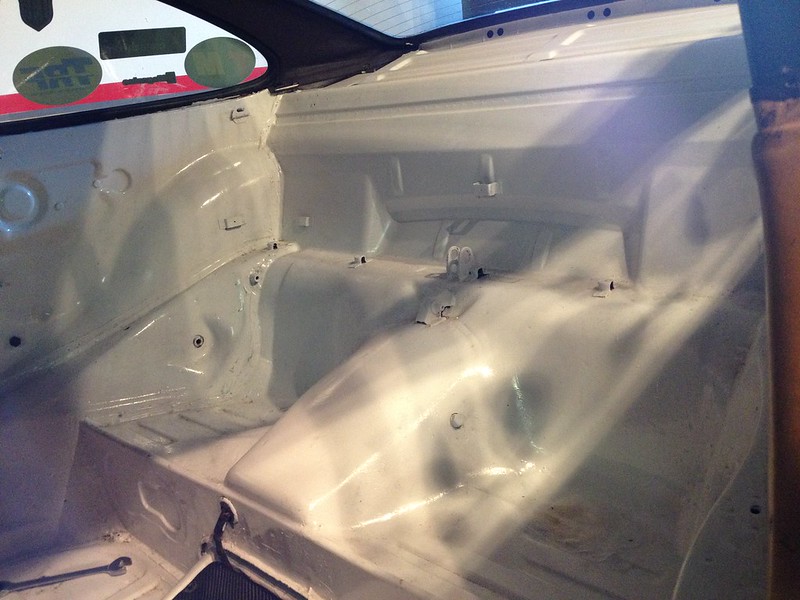 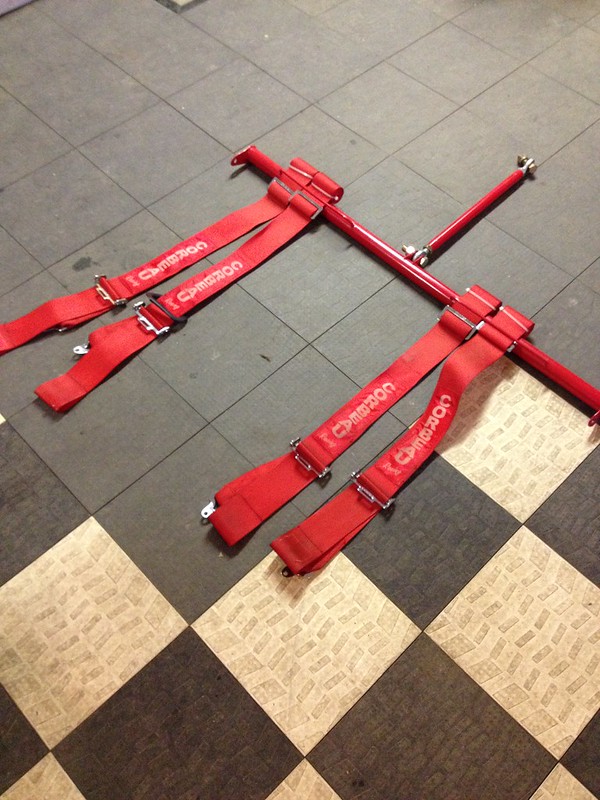 The rear hoop was a bugger to muscle into place unassisted but we managed and immediately a problem presented itself: we had assumed that the bolt holes in each sleeve and bar were factory drilled thus making the sleeve locations universal. WRONG. Every sleeve must have been drilled in the car as none of the holes would match up. So we wrestled the rear hoop back out and started to put this jigsaw puzzle of a cage back together in a way that rendered it somewhat 911 shaped. Eventually we had it figured out and marked everything so it could be reassembled the same way in the car. PHEW what a job. 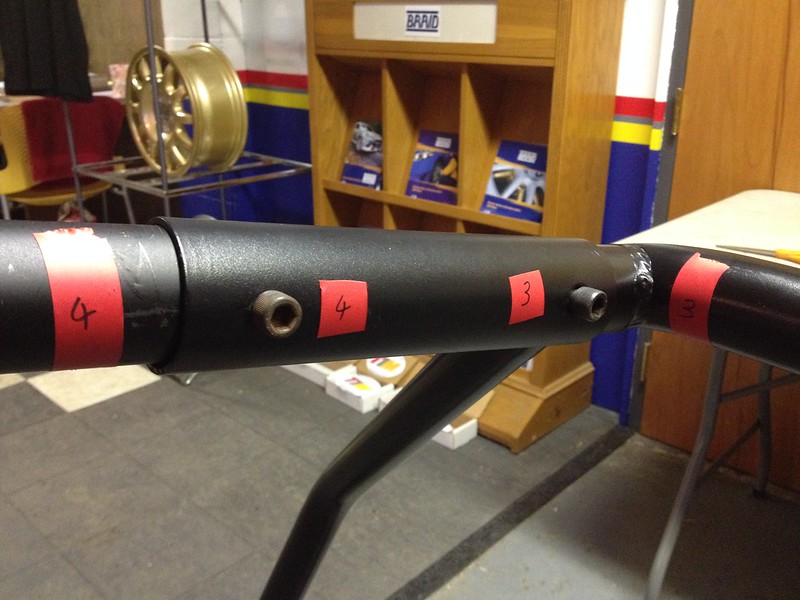 Three hours later the cage was fully assembled in the car but it was tight and even though all the bolts were loose it had very little flexibility. It seems it is going to mount exactly where it is now and nowhere else. 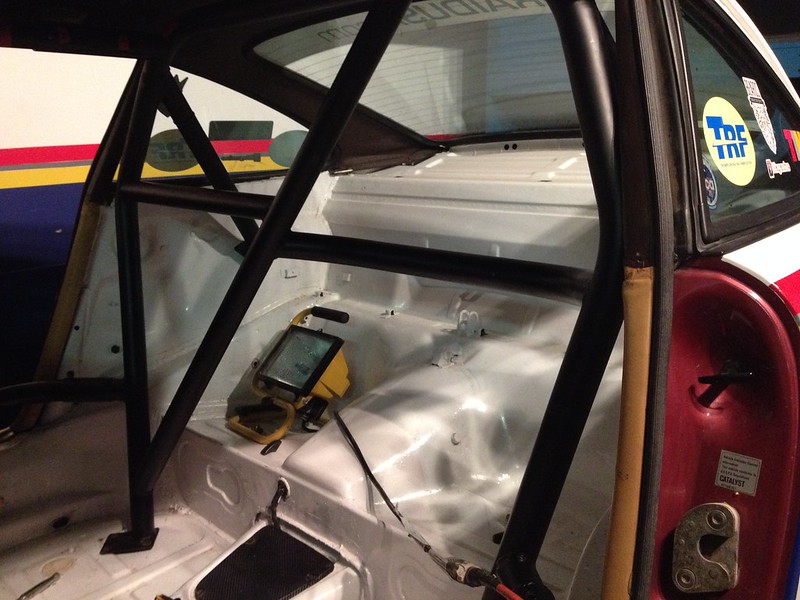 Again, a few issues presented themselves; non of which are insurmountable. Firstly, the sun visors are clearly never going to work with this cage in place. I guess they are coming out. 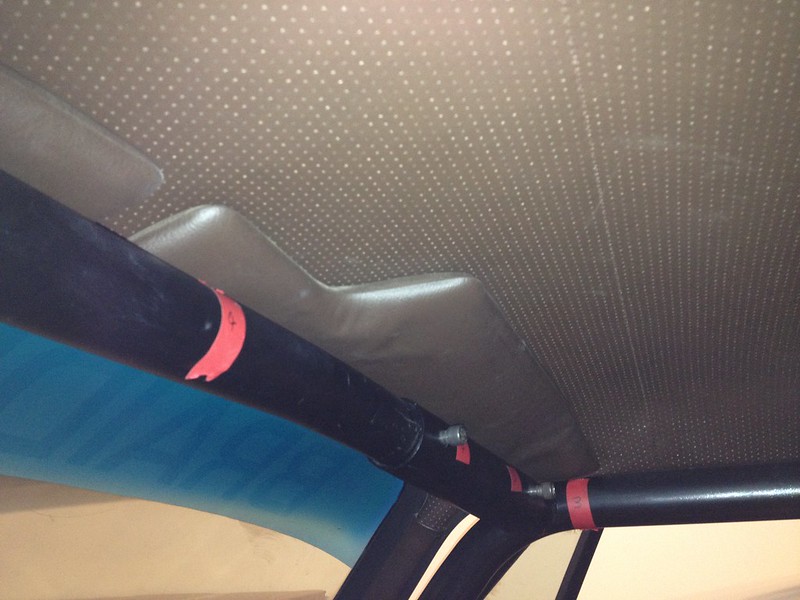 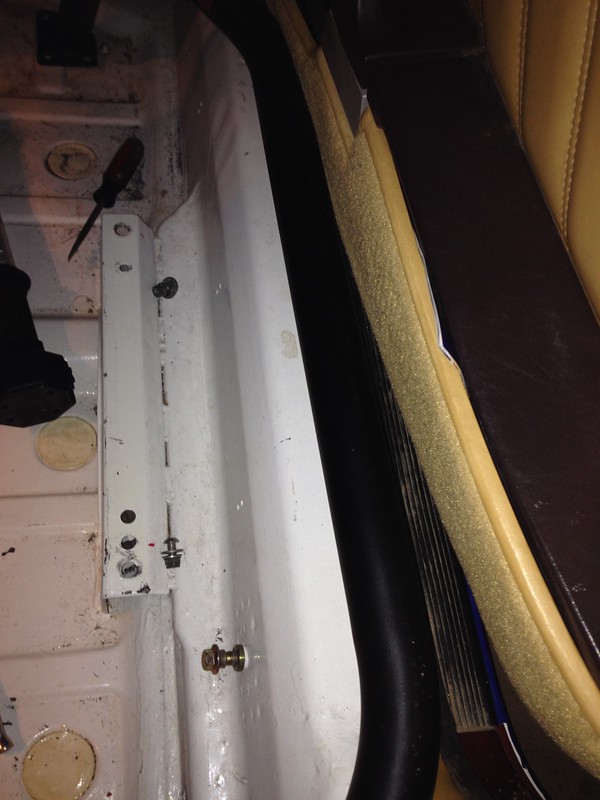 I think we'll source some RS door cards from RENNLINE to tidy this issue up.

So next job is putting the seats and harnesses back in to see if they still work then adjusting the feet locations, if we can and marking bolt holes. Then taking it all back out, drilling holes (gulp), painting it and finally throwing it back in. Stay tuned, it's about to get interesting.