So much easier LOL. We were struggling to decide and then it hit us. It's probably fine as it is, for now. This revelation came about once we realized that the only area we need a glue free floor is under a car. So that's only about a specific 10'x20' patch in the middle of the space. That, coupled with the fact that much of the rest of the area will be covered by equipment, cabinets and benches etc. means we can leave it alone. It is possible to scrape off the glue with a scraper on a stick but it is quite laborious. Never the less we feel we can chip away at it over time and remove it under the hoist if not even further afield. The floor under the glue is in pretty good shape and, bonus feature, it matches the carpet! 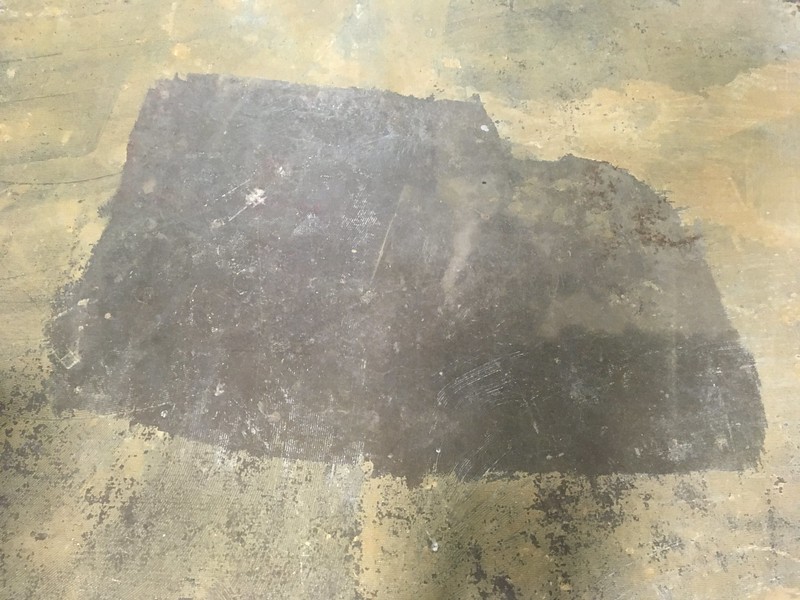 If we get sick of it well, we can always grind the floor and epoxy it in the spring when, hopefully, it is warm enough to open all the doors to mitigate the dust and smell and to crank up the heat to help it cure. So that's what were doing for now; nothing.

This has allowed us to crack on with the layout of the workshop. Almost everything is on wheels or dollies right now so we can easily move it around but we think we have settled on the layout for now.

Basically we are using the cabinets to separate the workshop from the Quattro build room and define the area. The tire machines are going along the north wall as that is closest to the electrical panels and the bench along the east wall towards the north corner. The lift will go in the middle at a slight angle to help with car access. 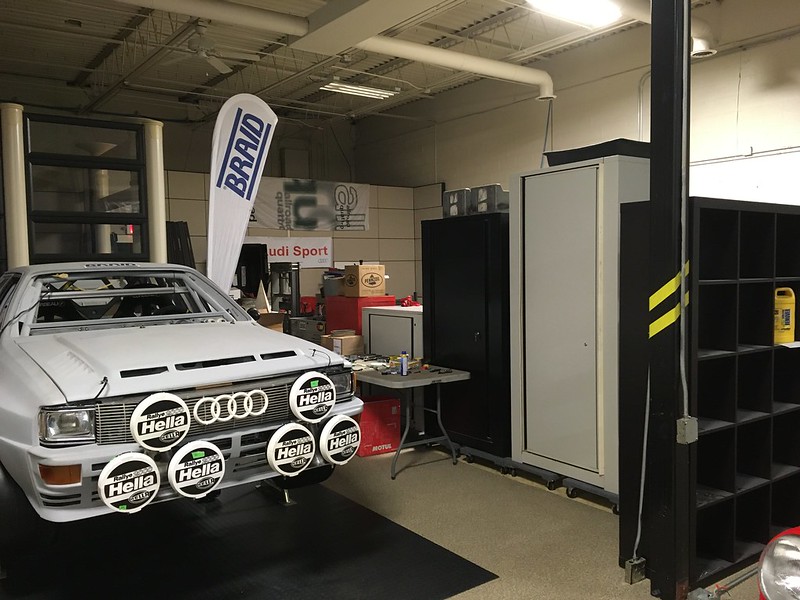 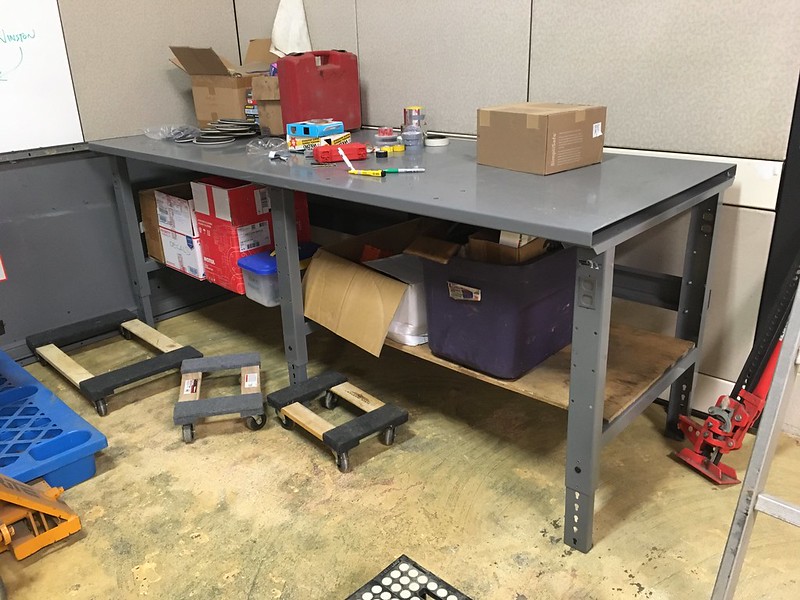 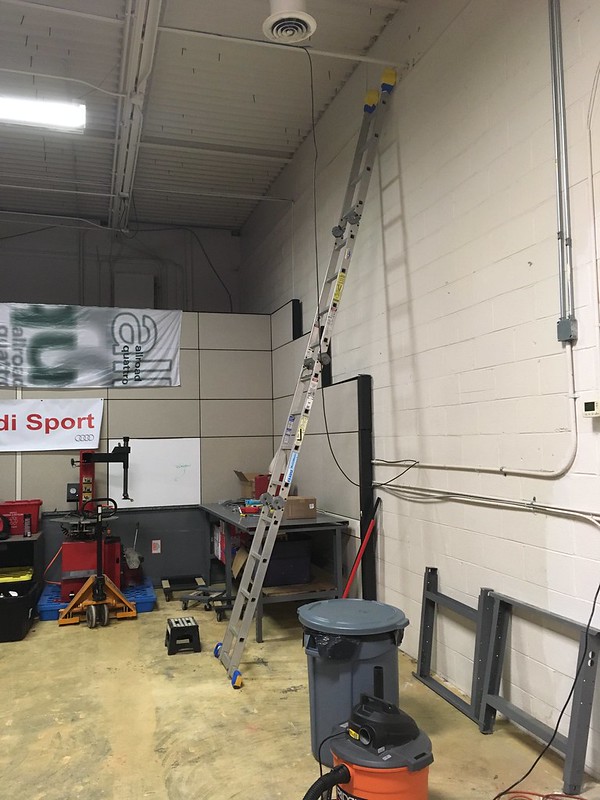 Now we just need our electrician to get over here to wire everything up and then we can get a hoist.

We started equipping the bench area pretty quickly by ordering a vice and a grinder from Eastwood. 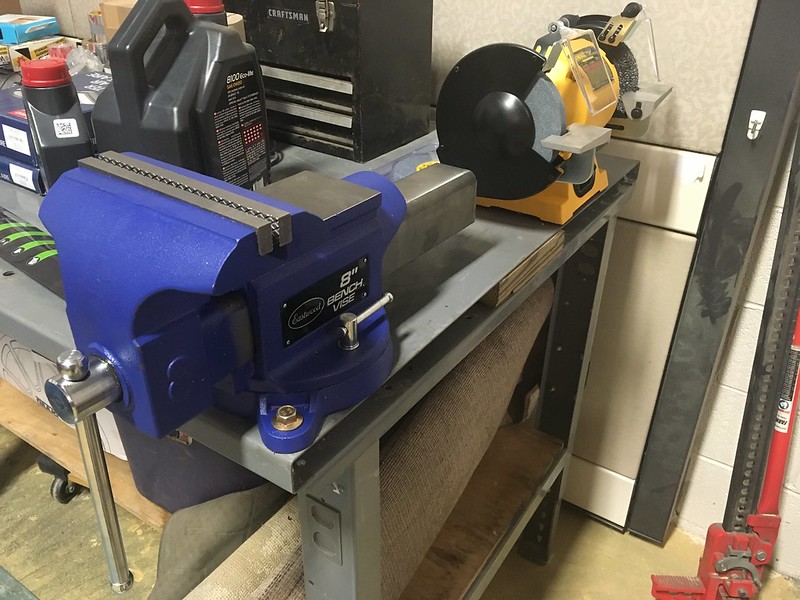 We still have to install some task lighting over the bench and figure out how to create a tool wall as right now the wall behind the bench is one of those office partition things and nor really suitable for mounting things to. Oh, and we want a drill press too. We do have a second steel bench but the space is a bit smaller than we had anticipated and there's nowhere to put it. Will trade for a nice drill press maybe!

And not long after the no decision decision we had the first car in the workshop and it wasn't even one of ours! A rather nice BRZ whose owner needed a heated space for an hour or two to install a new rear spoiler. How could we say "no"? 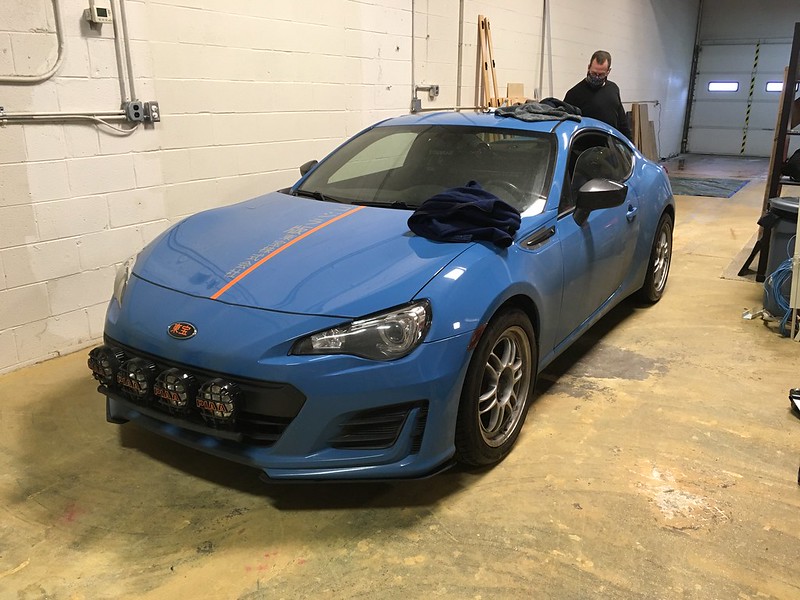 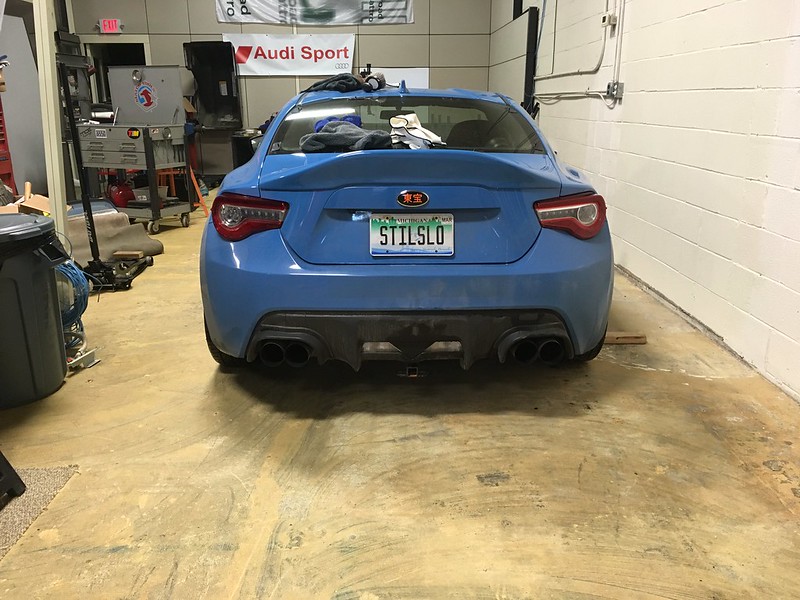