Well, what a day we had at the Concours d’Elegance of America last Sunday. This is the first time the car has been accepted to a concours event and our first too so we had no idea what to expect. It’s scertainly not like RallyCross! With 11 year old tyres and a nice shiny car we decided the sensible option was to tow the car to the event, even though it was only an hour away. The “Rig Lot” was a bit of a zoo but we found a spot and unloaded without any issues, though the rather expensive looking Daimler being unloaded from a box truck next to us made us a bit more than nervous. 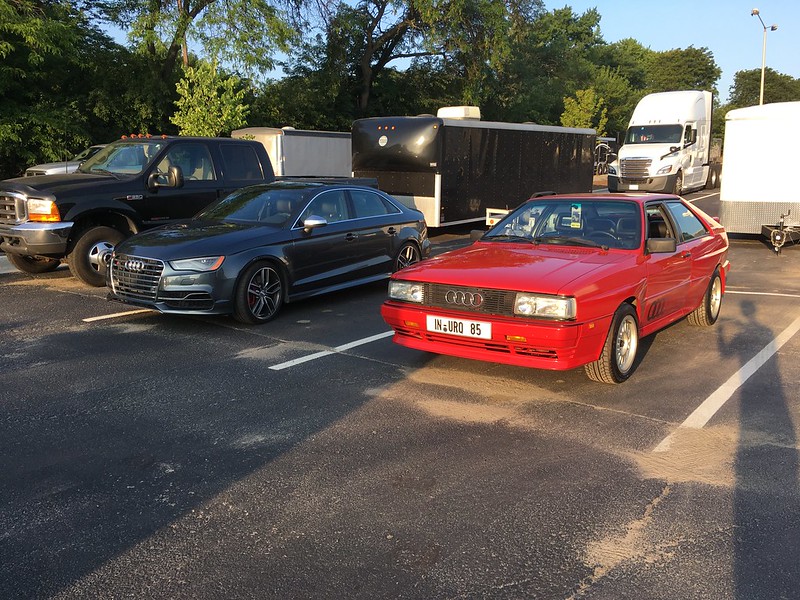 The show was held at the Inn of St. John’s in Plymouth, Michigan and was only a couple of miles away from the rig lot. It was also a beautiful sunny morning so was a nice drive, though rather short. As soon as we got to the entrance the attention started. We were somewhat taken aback as we have never really exposed the car to the wider car loving audience. All the way down onto the field people were stopping in their tracks and taking pictures. Two gentleman, one of whom later turned out to be judging our class, practically jumped up and down waving their arms about!

We were quickly escorted to our “ring” and with help from the two “ring masters” positioned our car in its allotted slot. We were in MD class which apparently stand for “Modern Collectables”. We were parked with BMW Z1, Daimler Double Six, Vector M12, Toyota Supra Turbo, Nissan 300ZX, de Tomaso Pantera, Lotus Esprit, Ferrari 308GT4 and a  Qvale Mangusta. 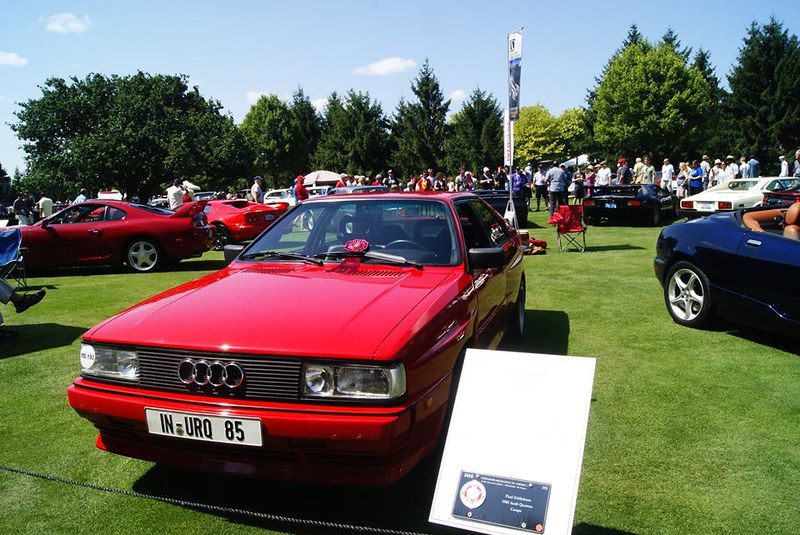 Even before the show opened to the public there was a crowd gathered around the car. Then all day long we just stood next to it and fielded question after question. We were amazed by the reception the car received and the number of people who were very aware of them but had never seen one. We were also delighted to see old friends who, of course, were quite familiar with the car. 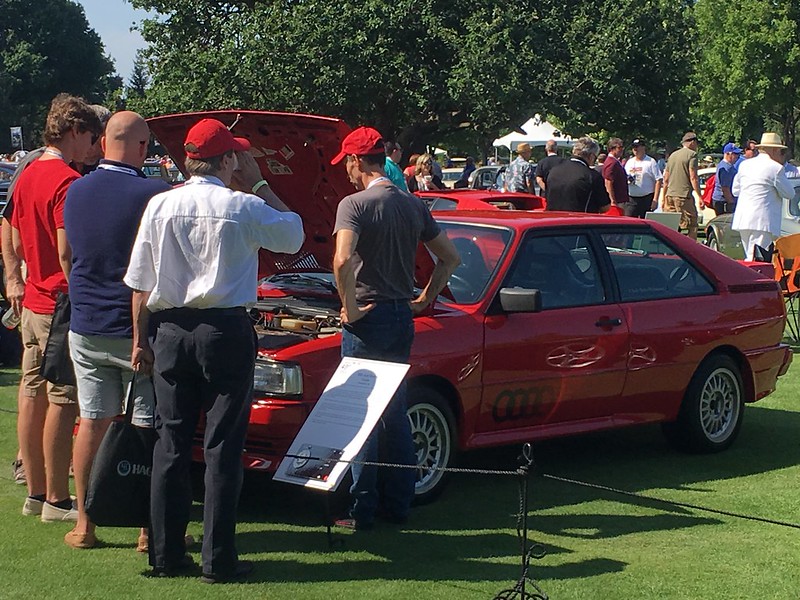 Upon returning from lunch were we thrilled to see a ribbon on the windshield. This seemed to mean the car had won something but were weren’t sure what. 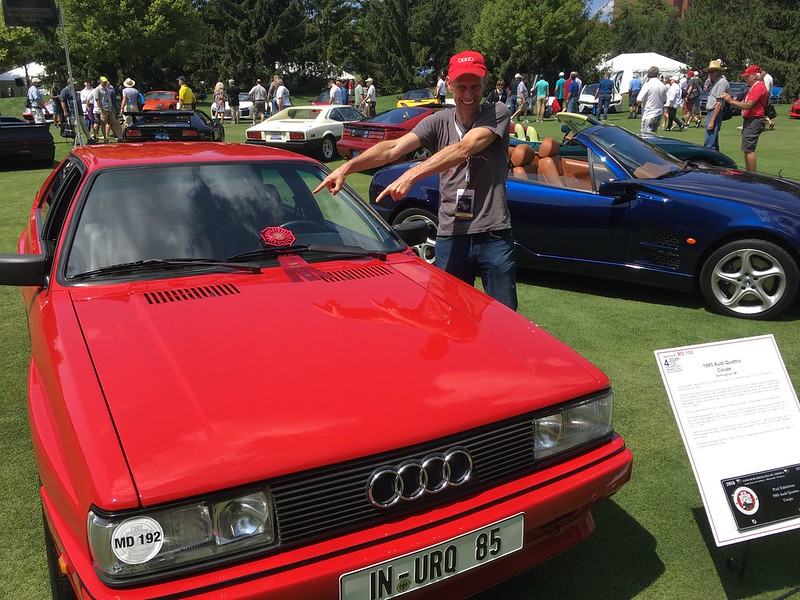 At first we thought it might be for “Best In Shoe”. 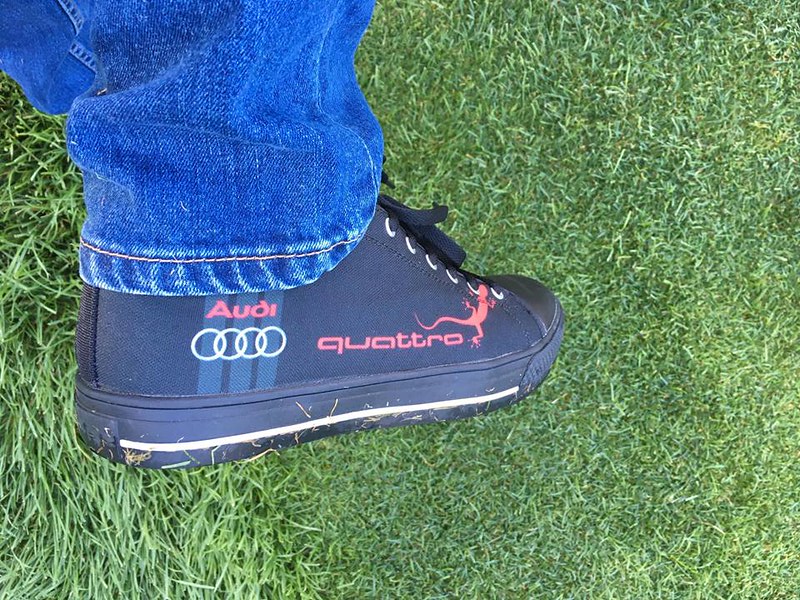 But a little investigation revealed that the Vortex had been awarded Best In Class and that our Quattro and the Pantera had won what was described as “Lion Awards”. We are going to call it  2nd and 3rd place as indicated by the order we were to drive onto the awards field later but we are still not quite sure. If anyone asks we were 2nd in class as far as we are concerned. If only Quattros had gullwing doors! 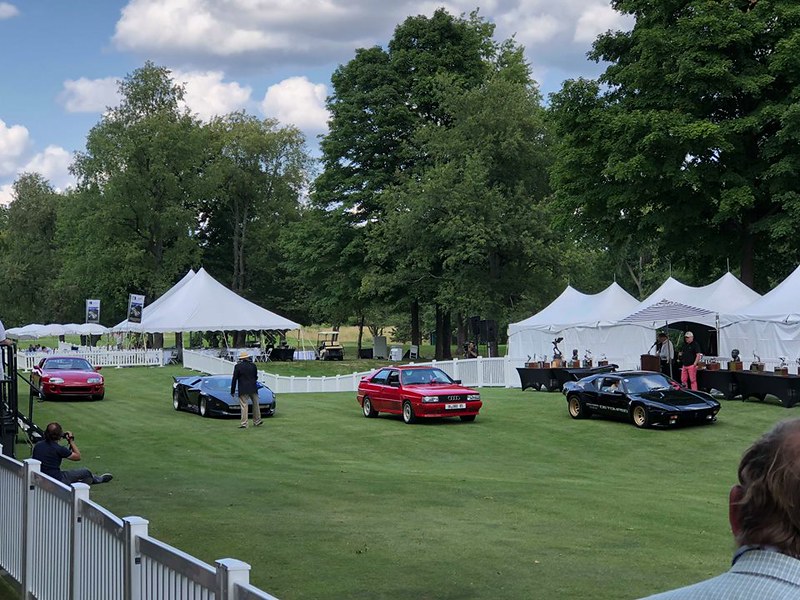 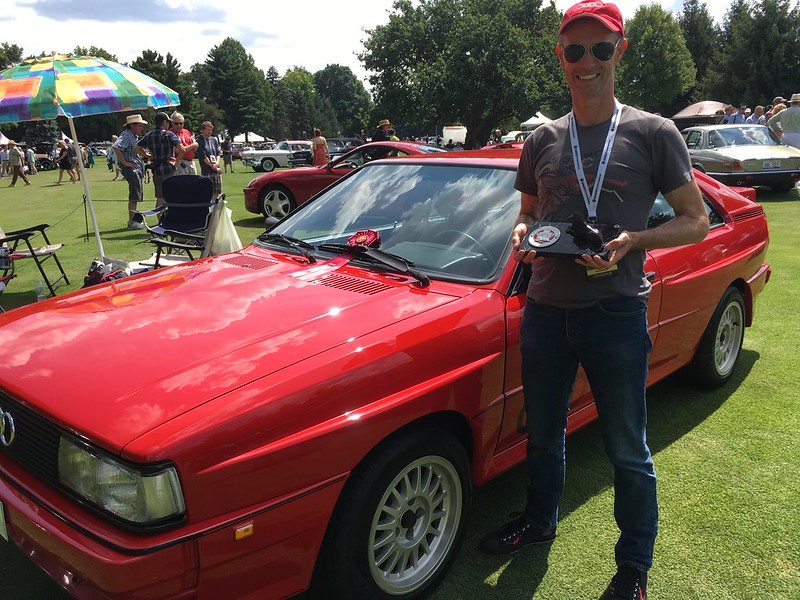 So despite being completely out of our bubble we had a great day. We wouldn’t do it every week but it was fun and great to let so many people enjoy the car. Now back to the Quattro rally build.

Cheers Paul,
Nice to see the field not dominated by air cooled Porsches.
It is somewhat disturbing to think you now own a trailer queen.
At least your shoes showed some dirt.
Good on ya!

I enjoyed meeting you and chatting about all my past Quattros… I still fully intend to take you up on your offer to visit your shop.

Much Lovely to see the Quattro and your shoes in person. Congrats Paul!