85 quattro. We Have Ignition

When we left you we were trying to figure out where the little spring went in the distributor and contemplating reinstalling the ignition system. Well, just prior to our trip to Pebble Beach for the car events and elsewhere we did just that:

We pulled the distributor from our 83 and it turns out it goes right here: 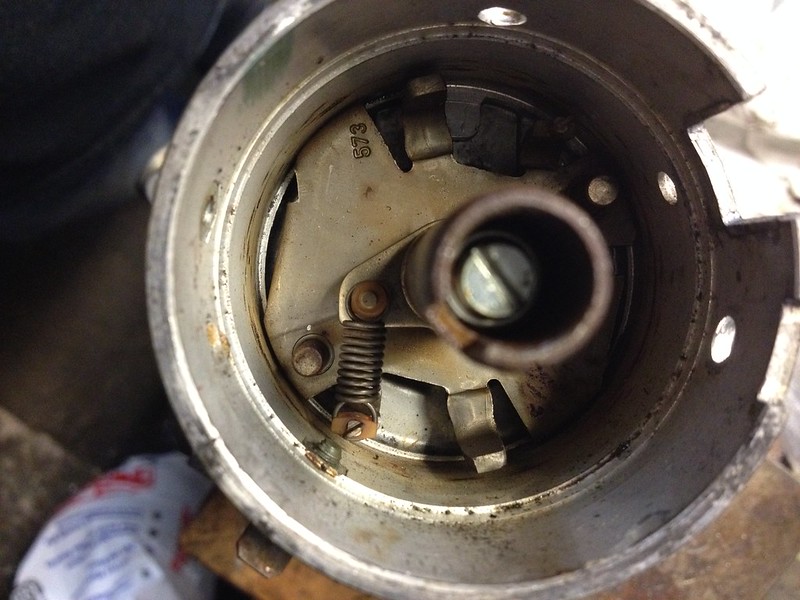 So we popped it in, reassembled the distributor and installed it on the engine. Timimg was still set so it was a doddle to line up at TDC. 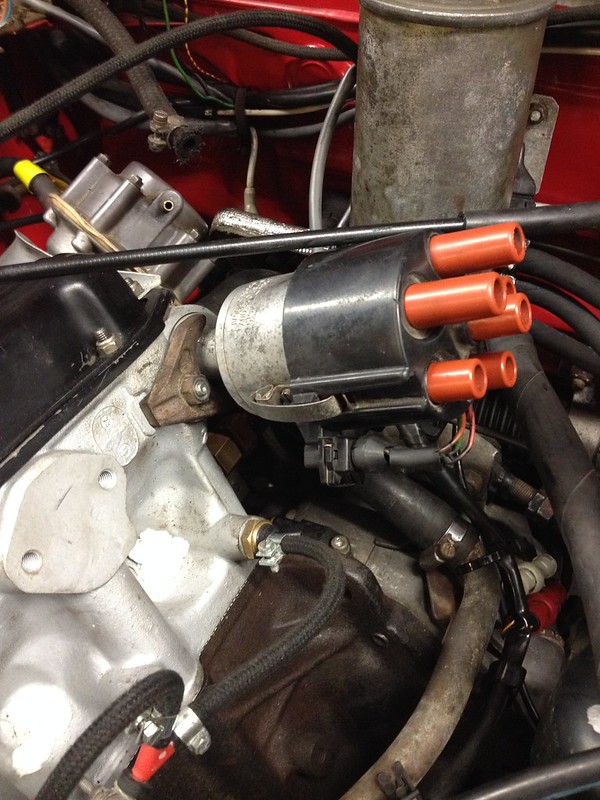 Then we turned our attention to the spark plug wires. The car is supposed to have a plastic tube to carry and support the wires but ours never had one. Fortunately we had picked up one in a parts haul a while back and now seemed the time to install it. This meant pulling the ends of each lead and pushing through it's a appropriate hole then reattaching the end. We used our old leads after testing them as the spare ones we showed you earlier proved not to be compatible. 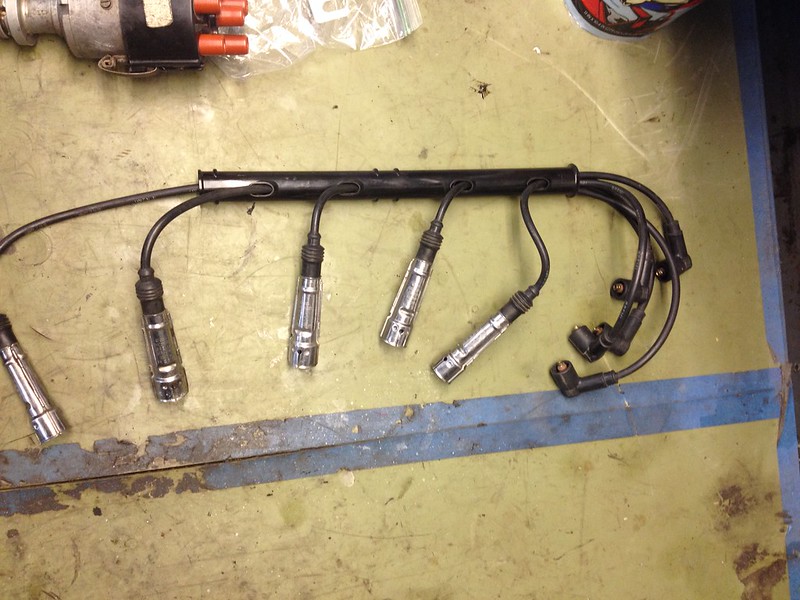 The carrier is attached to the valve cover screws with two plastic-clad metal brackets. We didn't have these and they are NLA but a trip to the hardware store produced something almost identical so we went with those. 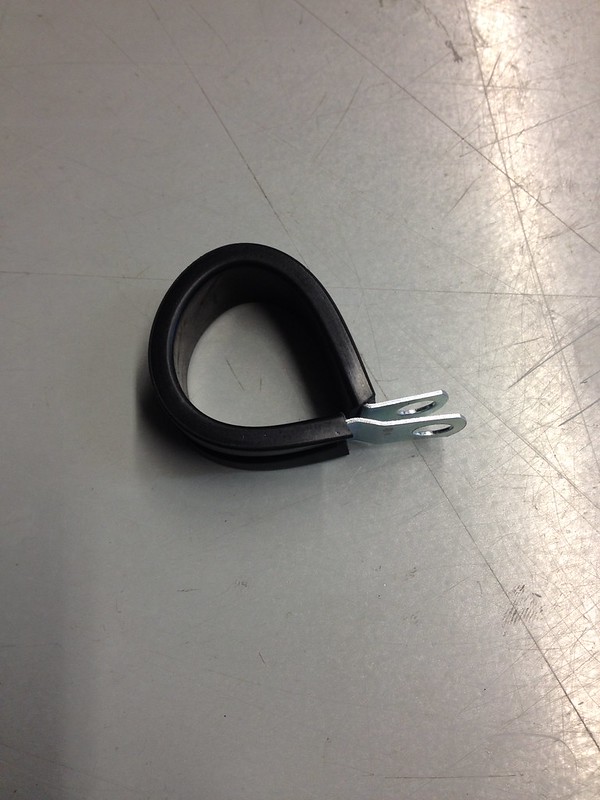 So now we have an ignition system: 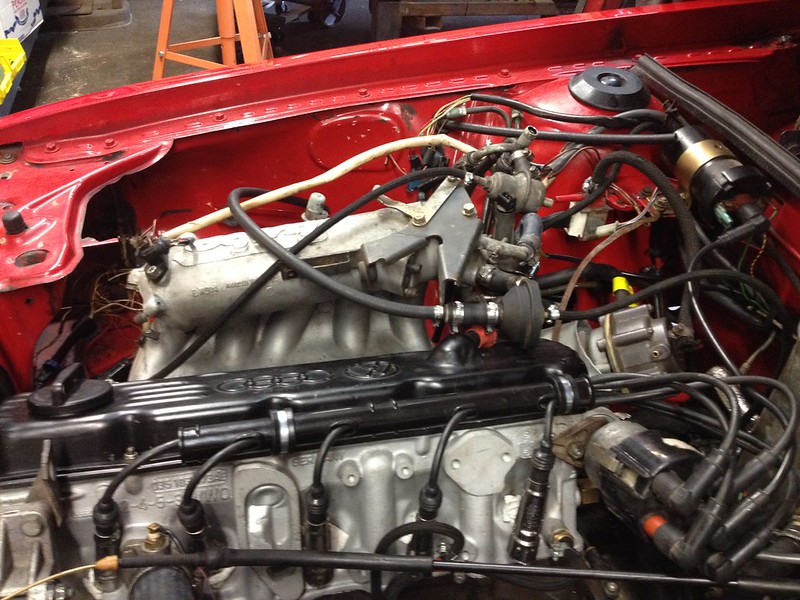