It’s been another slow project. Who would have thought replacing three diff seals would take this long? LOL

So we replaced the rear diff mount. The old one came out on the press but the new one only needed a g-clamp and some grease to persuade it home. Fortunately we took pictures so we were able to orient it correctly; or at least the same. 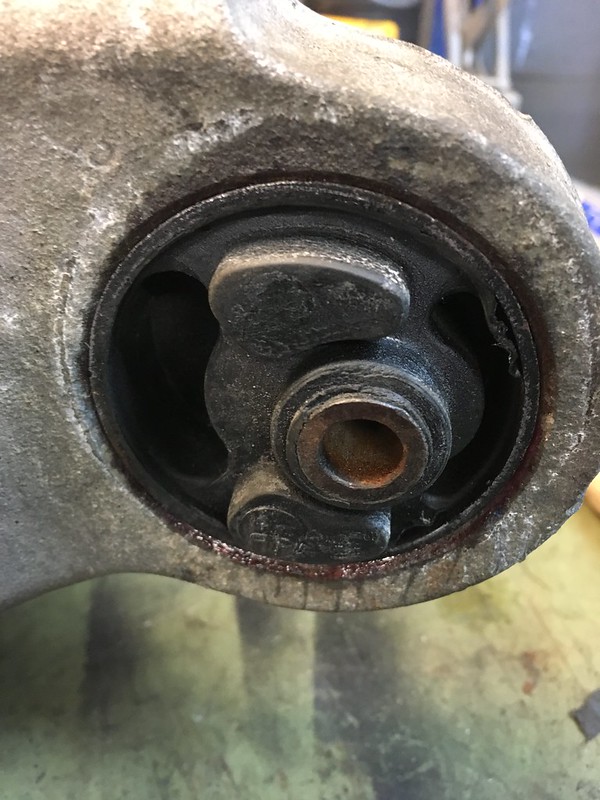 We searched hi and low for a new shaft repair sleeve that was the right size and not made by SKF. You may remember the last one was distorted by it’s own installation tool. Finally settled on one from National but when we opened the box the instructions were from SKF! Anyway we were a lot more wary installing his one and managed to keep it staright by making our own installation tool out of a pipe clamp. 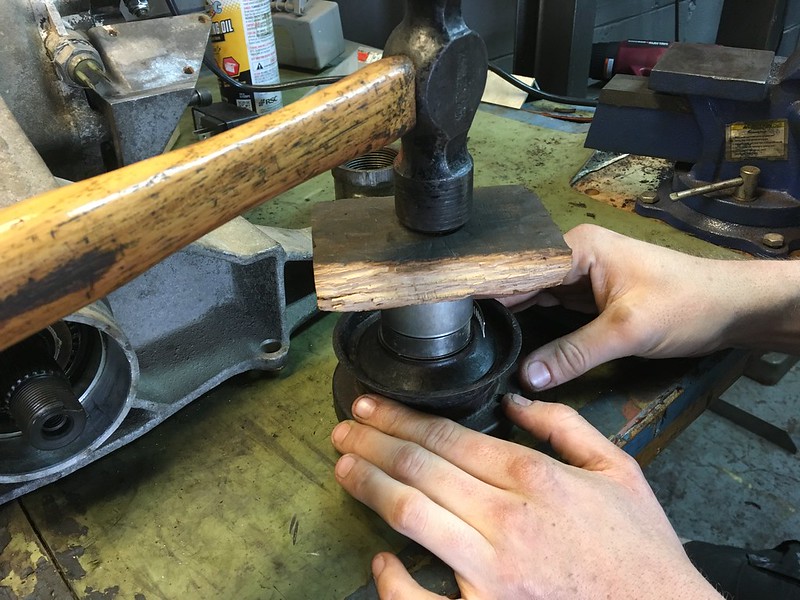 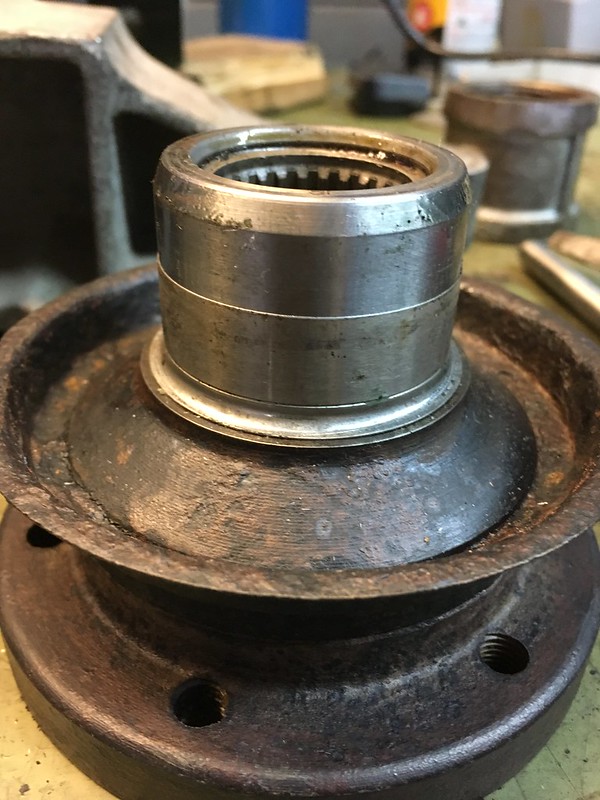 Then we pressed in all the seals, The left one is huge and does not have a shoulder to press it against. We measured the old one’s depth before taking it out and gradually tapped the new one home around it’s circumference till it measured the same all round. 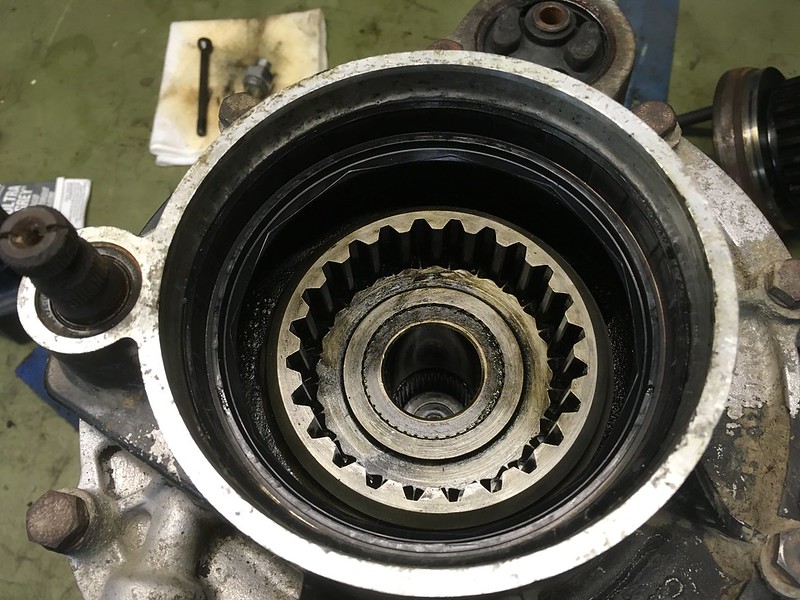 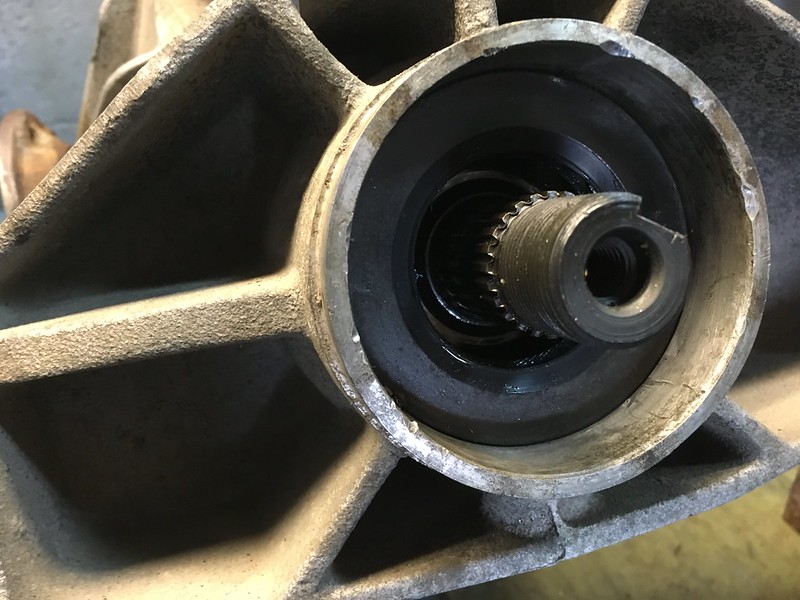 Then we turned our attention to the diff lock actuator. We used the same Mercedes part we had used for the center diff. We had to drill another hole in the mounting plate as the back hole is in a different place. Not a big deal. We managed to salvage the original yoke and had to tap the Merc actuator shaft to mate up to it. Then we slapped it all together. There’s something magical about operating the diff lock on the bench. Maybe it’s the lack of driving the car. 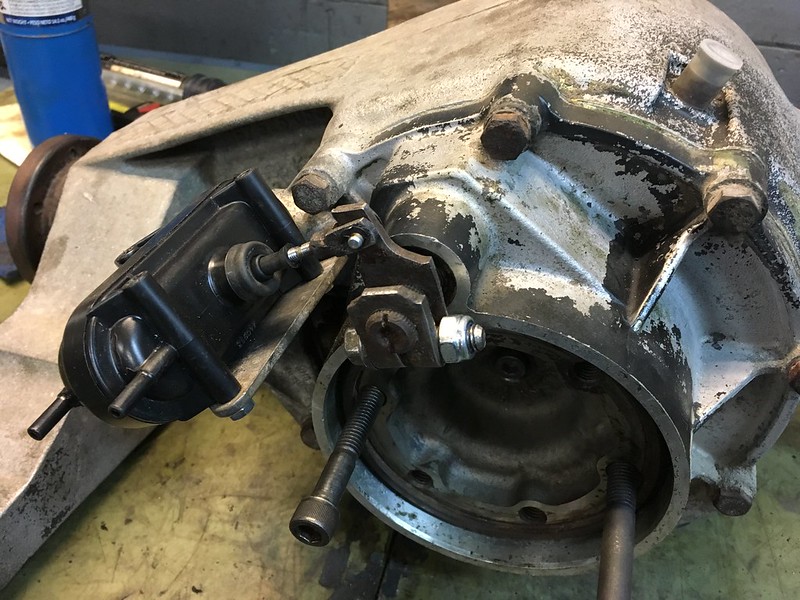 With the diff done it’s time for the tricky bit: sub-frame bushings! We destroyed one last time remember?