We decided some time back that this car would dispense with the hydraulically powered brakes and employ dual master cylinders with a bias bar adjuster but were never quite sure how we'd accomplish that. Then a friend turned us on to Compbrake in England who have a bolt-in kit for the Quattro. How could we say "no"?

So we ordered one up and it arrived in just a few days. Seems to be very comprehensive. It even has a bracket and lines for remote reservoirs. 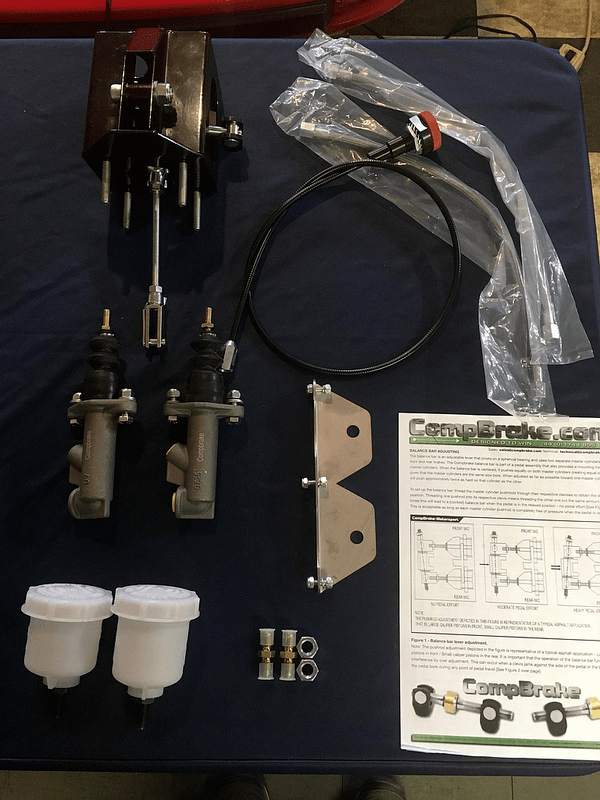 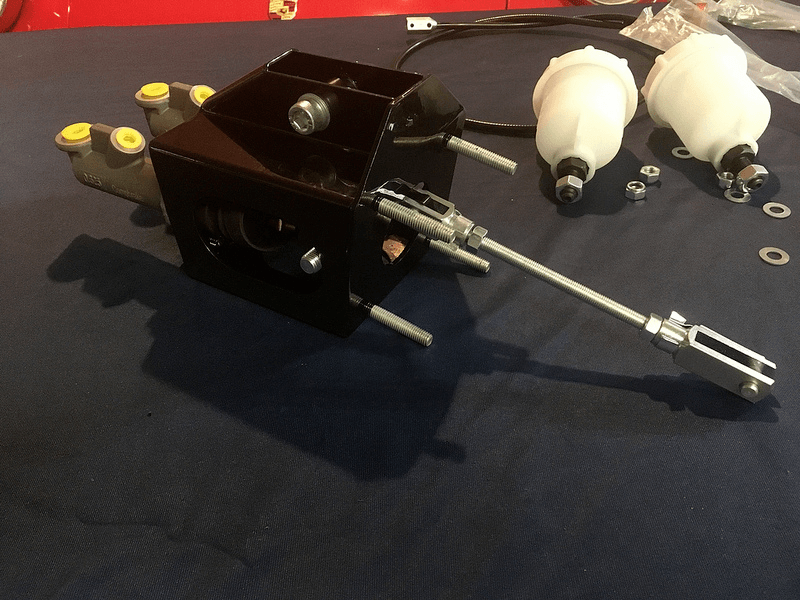 The first job was to figure out how to mate up its four bolts with three on the bulkhead. It was seemingly not as "bolt-in" as we'd hoped. We made a template and transferred it to the car and immediately discovered that the four required holes would interfere with the pedal mounts. Something did not seem quite right. 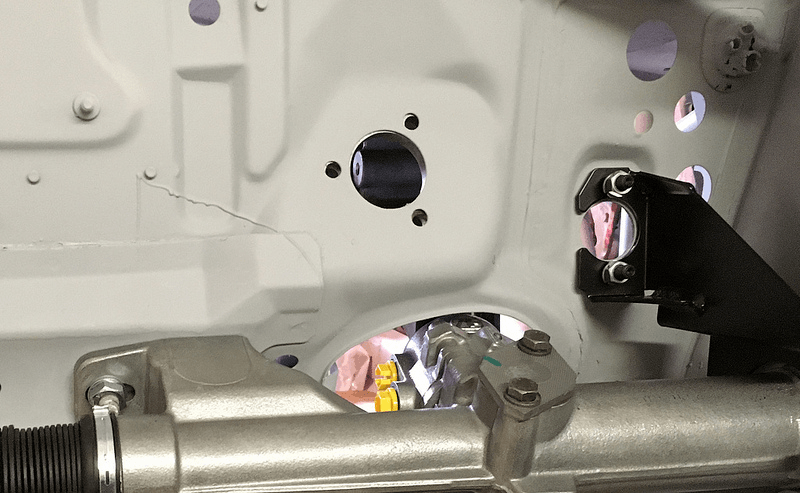 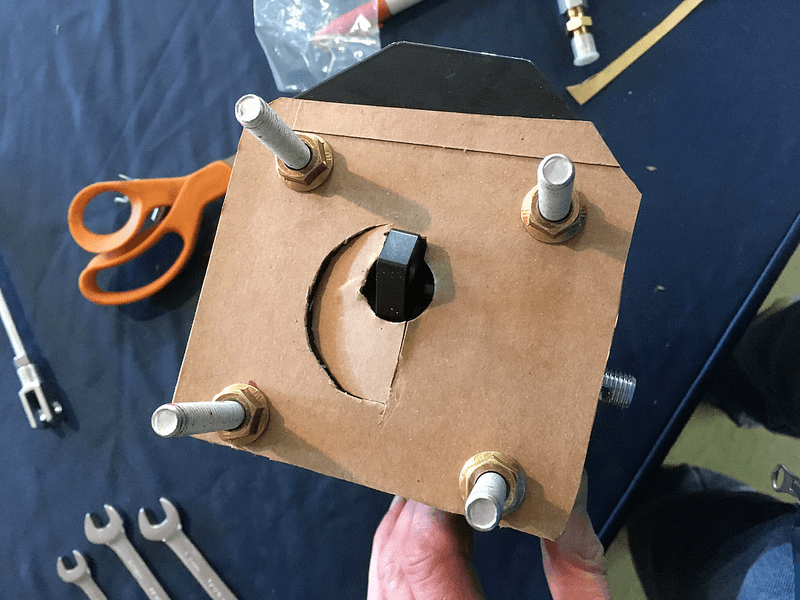 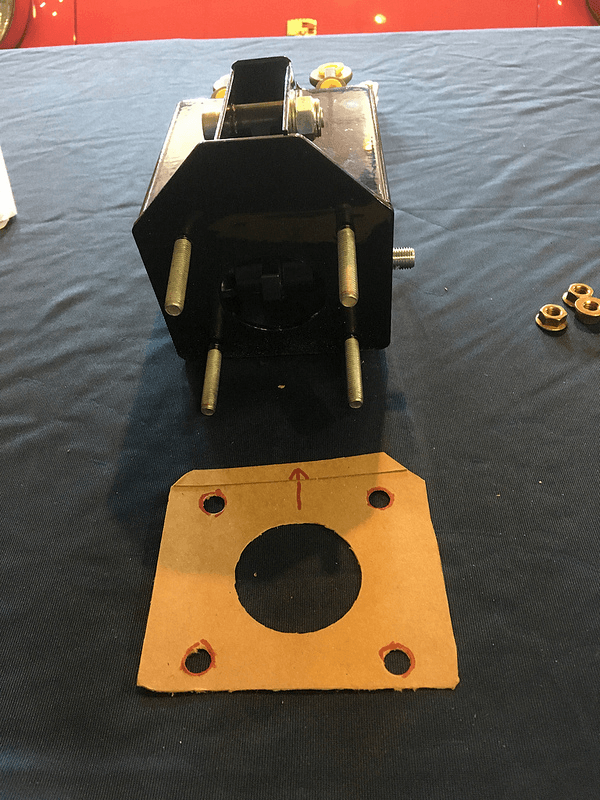 Then a gentleman and fellow Quattro rally car builder called Frank pointed out that the kit is designed to bolt to the OE brake booster not the firewall. He also highlighted how far into the engine bay this would make the assembly protrude because he had installed one himself. However, he had engineered a solution by way of an interface ring that was only about an inch thick rather than the 5"-6" of the booster. A few more emails and some PayPal and one showed up at our shop. 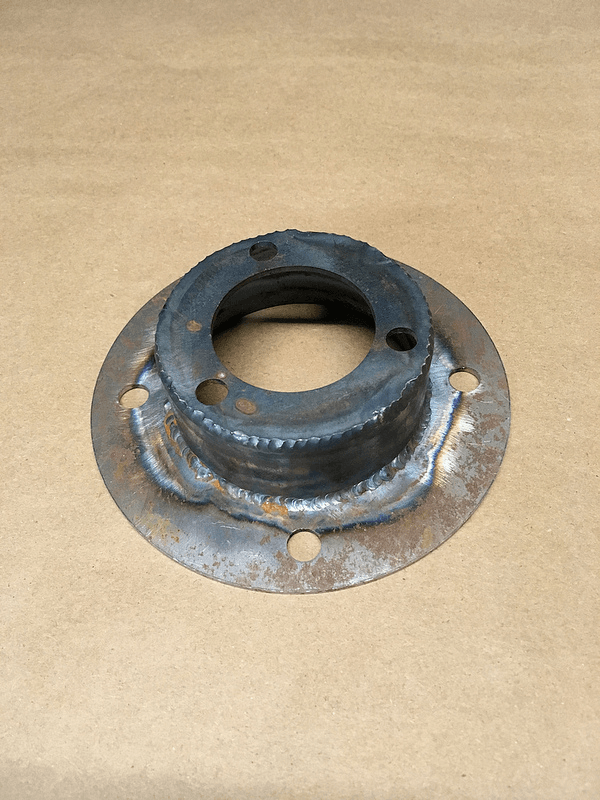 This made all the difference and we were able to mock it all up in short order: 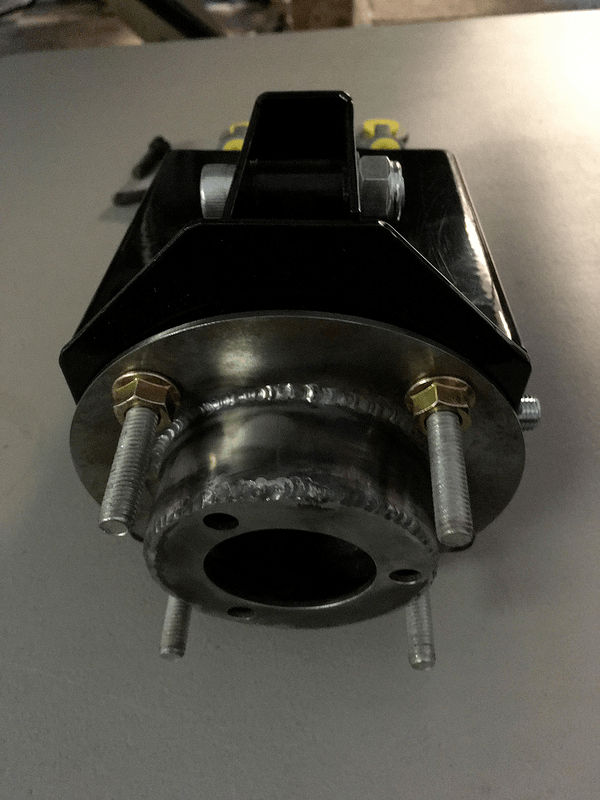 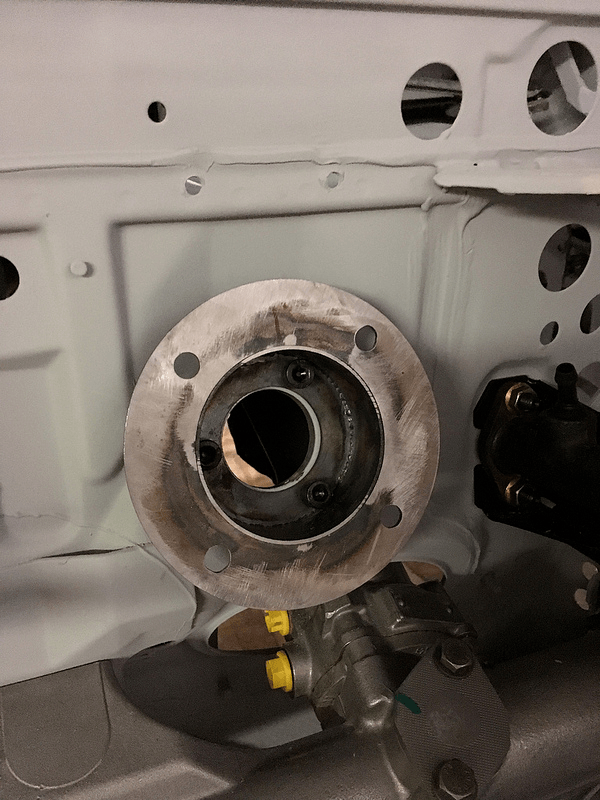 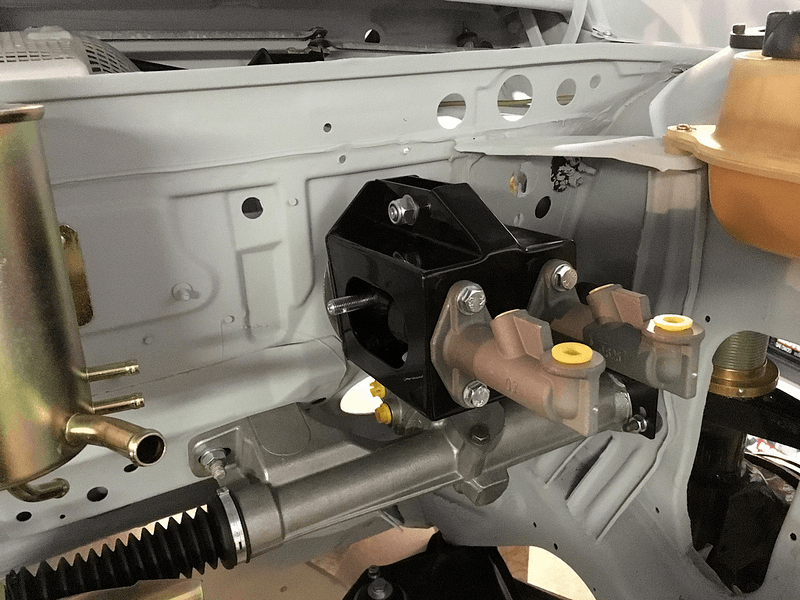 We then set about making it look nice by trimming it and painting it: 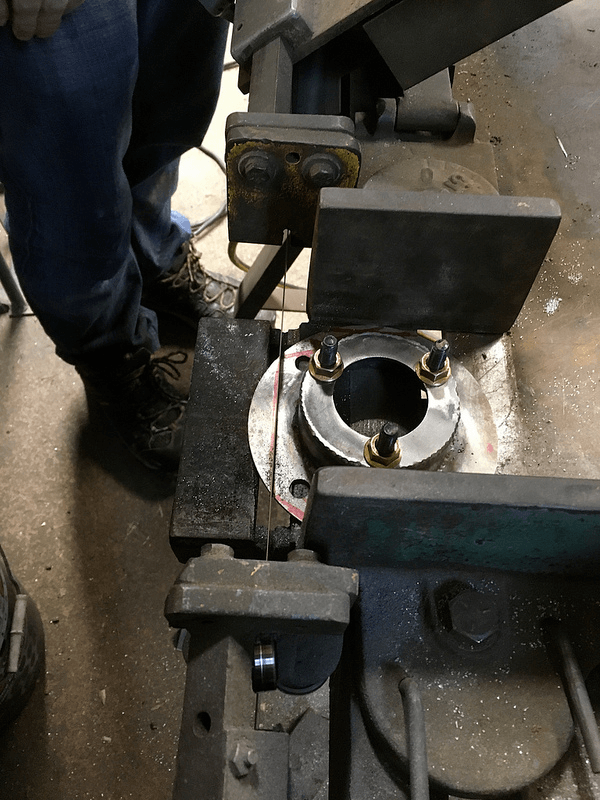 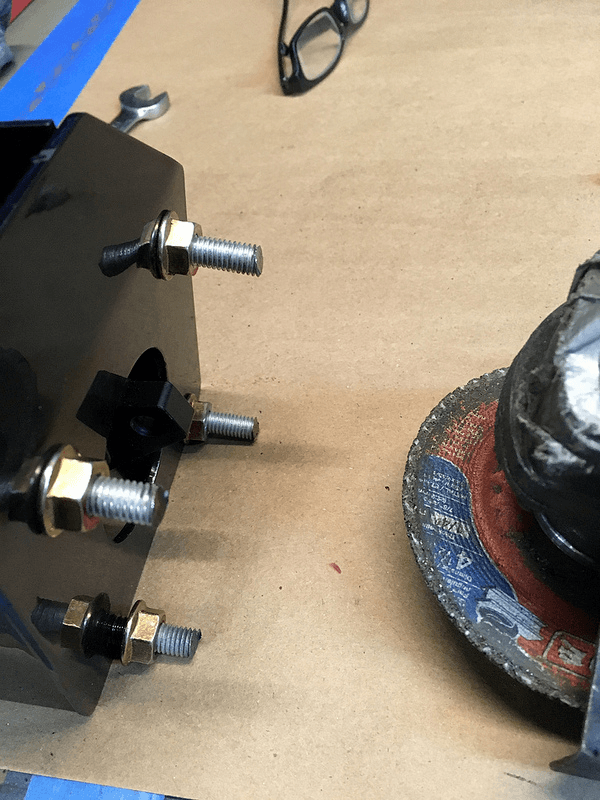 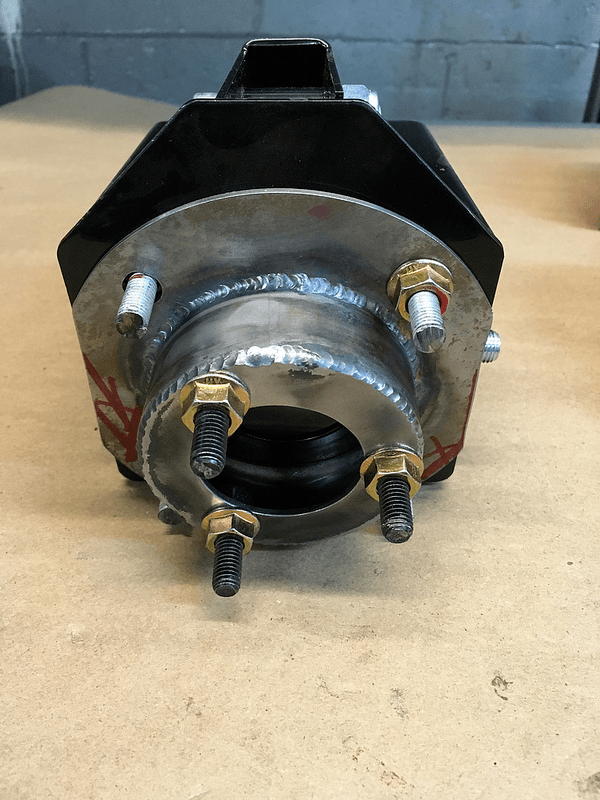 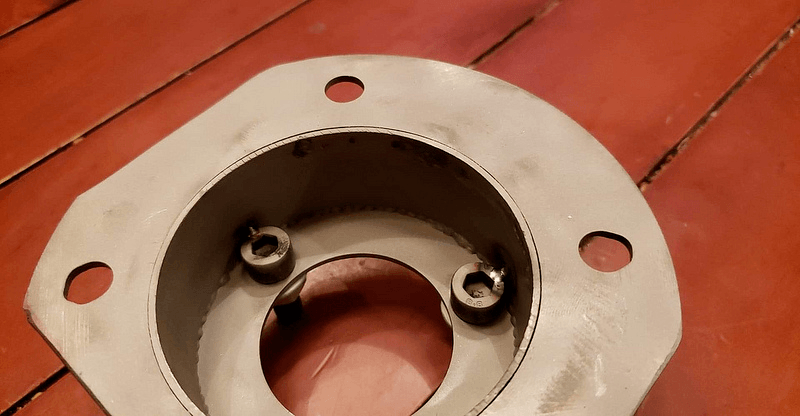 Frank also included some DOM tubing to replace the 5/16" threaded rod that came with the kit as this linkage was going to end up quite long. The DOM would be much stiffer and didn't take much work to cut it to the correct length, thread it and attach a couple of short, threaded rods to each end. We will probably have this assembly plated before the too long. 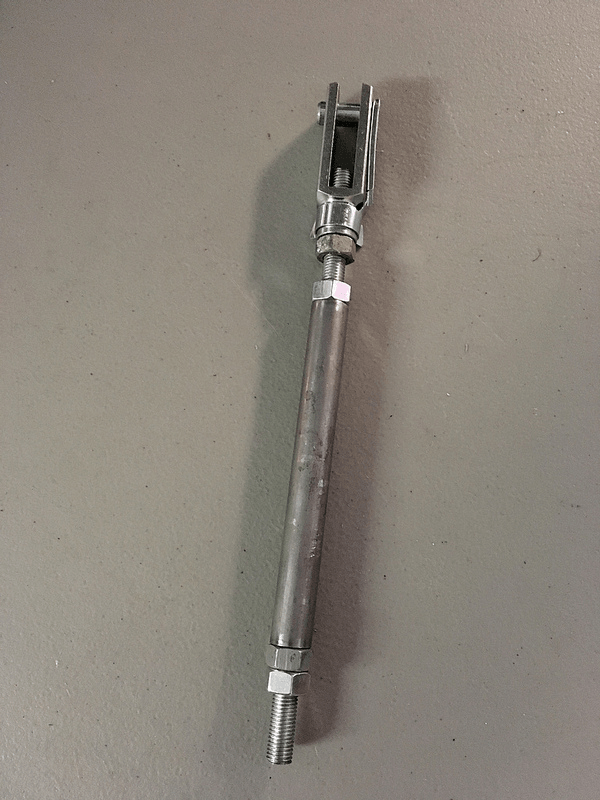 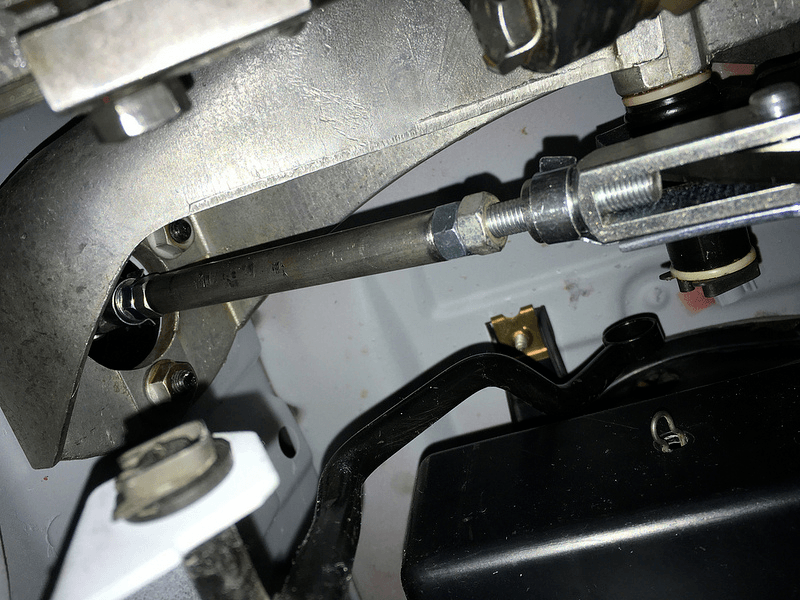 And here it all is installed. We attached the reservoirs directly to the cylinders for now as we don't yet know where everything else is going. The Group B cars had them mounted to the strut bar but we are not that particular. We'll see what seems the best location later in the build. 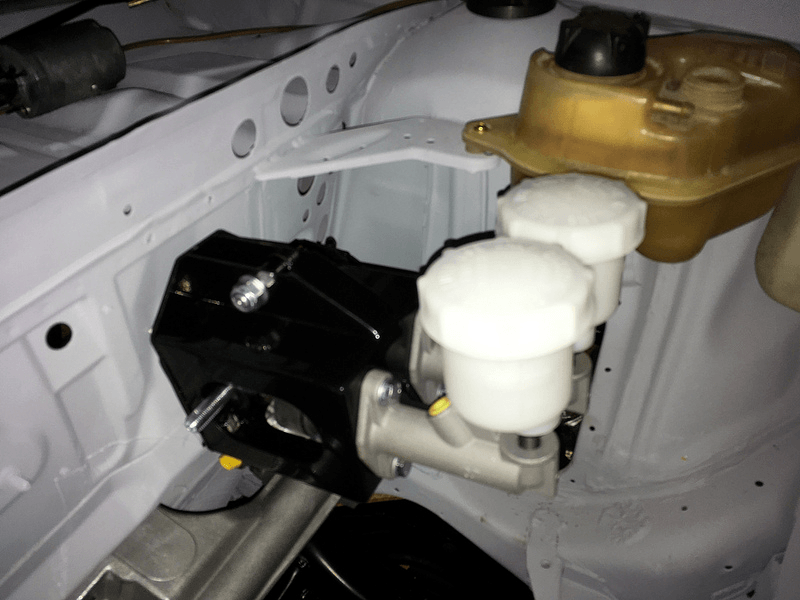 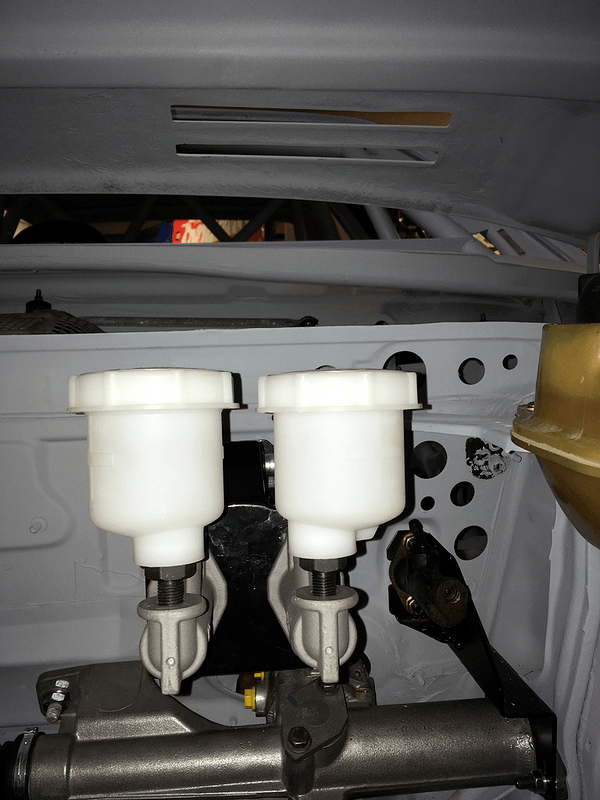 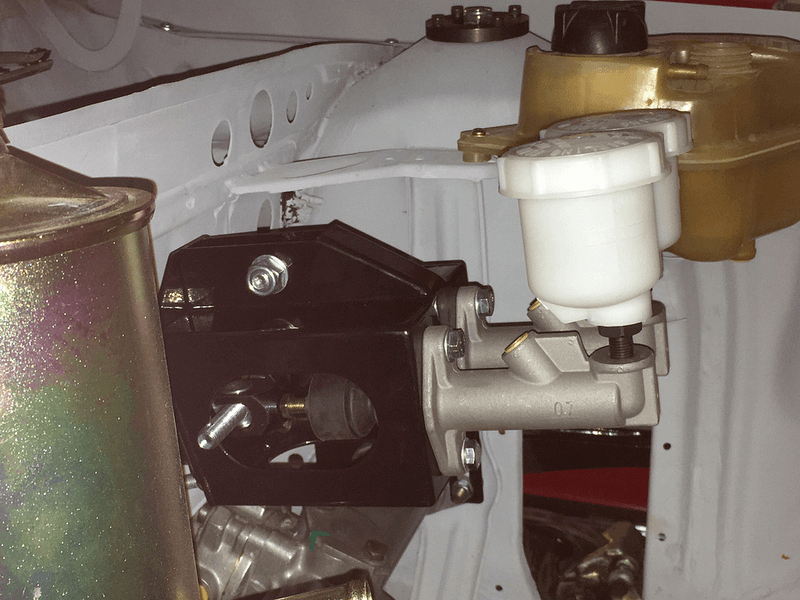 Next on the list is engine prep. Look out for that one soon.