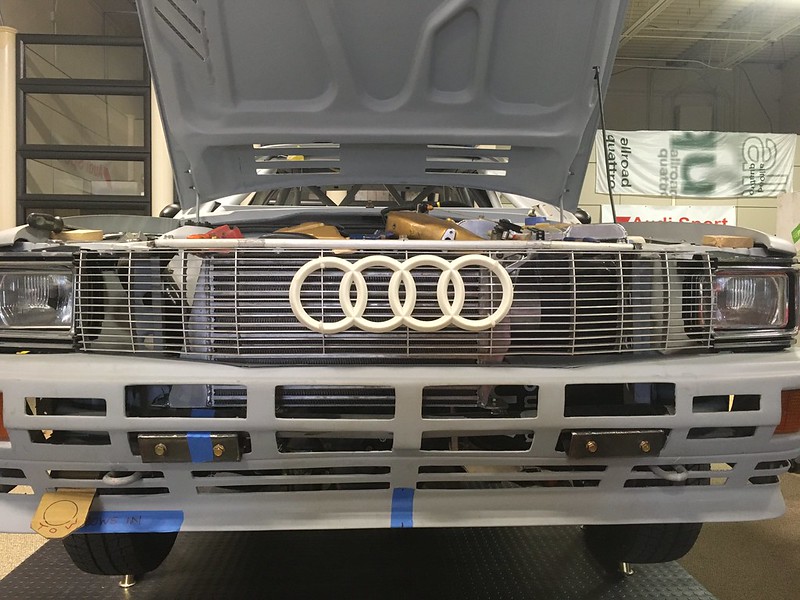 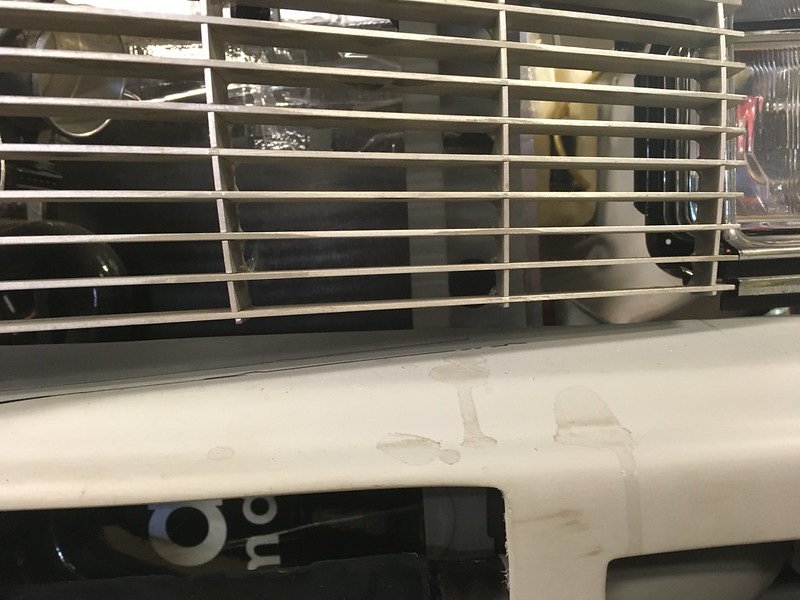 Small gap (and a bent slat) 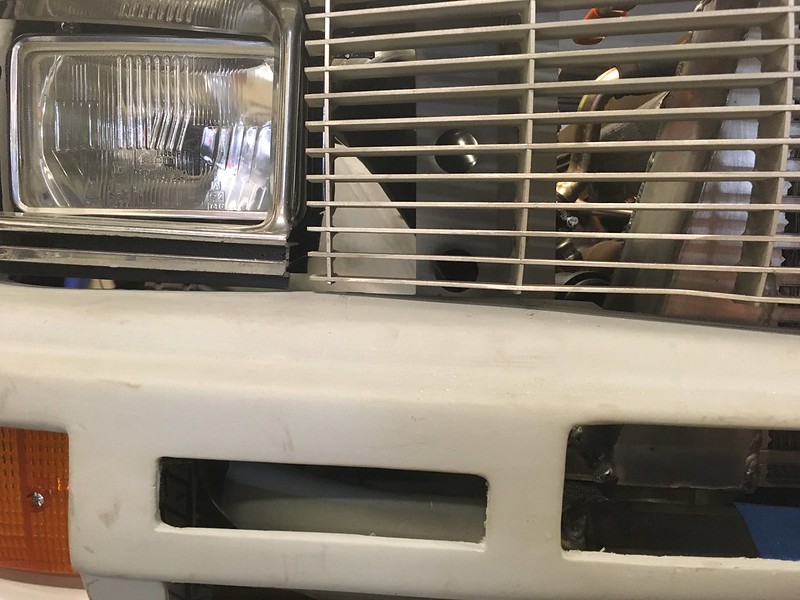 After a bunch of measuring and head scratching, we determined that the top of the carbon/Kevlar bumper was less then perfectly flat. In retrospect we should have just looked at the pictures but we want this build to be engineering based so we got the football fields out and measured everything. No crashing probes into Mars for us! We tried warming it up with a heat gun and pressing on it but this only achieved marginal results. We also had another problem to solve. With the grill clamped to the upper support bar it was essentially just hanging in space (justified our Mars reference above) and was already bouncing up and down. So, we needed a way to support it. We turned to our shop pigeon, Grainger as we are going to kill two birds with one stone. Or four rubber isolators. 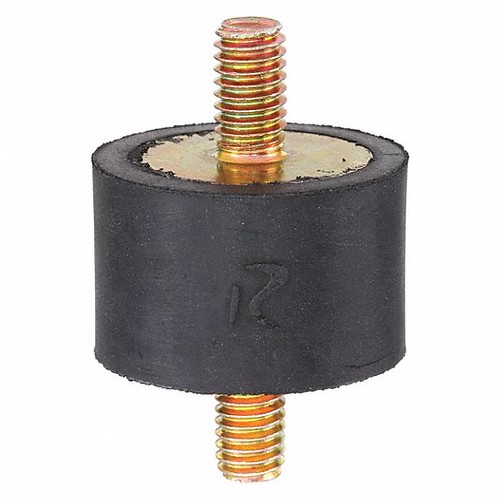 These proved to be the perfect length (0.0001FBs) to push the high side of the bumper down and lift the low side of the bumper up while also stopping the grill from bouncing around. And, as they are mounted in the same plane i.e. vertically, as the upper fasteners, the whole assembly just lifts straight up off the car. To quote Marku Allen when asked about the last (as it turned out) evolution of his Delta S4. “…we are very happy mens”. 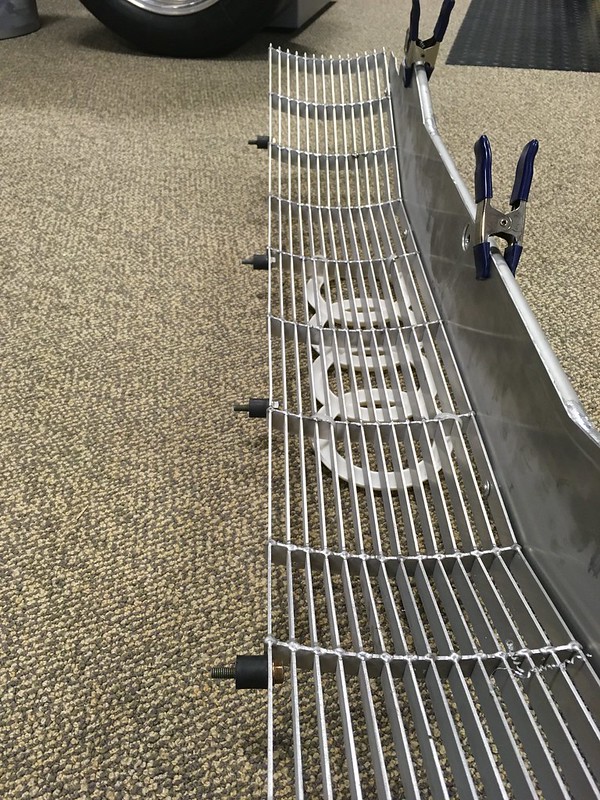 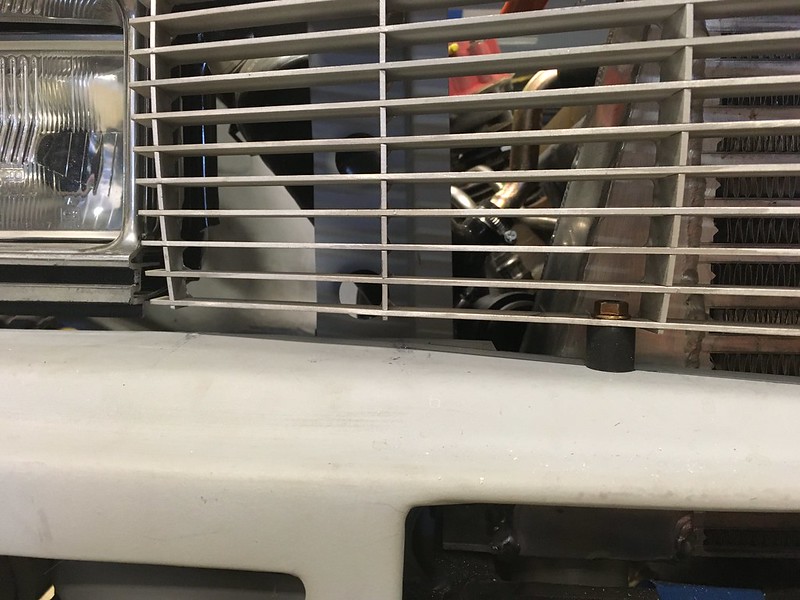 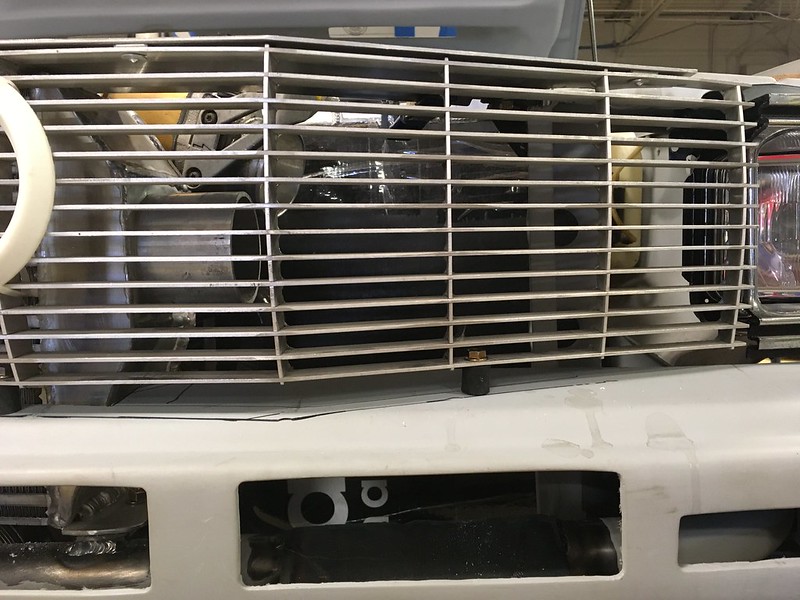 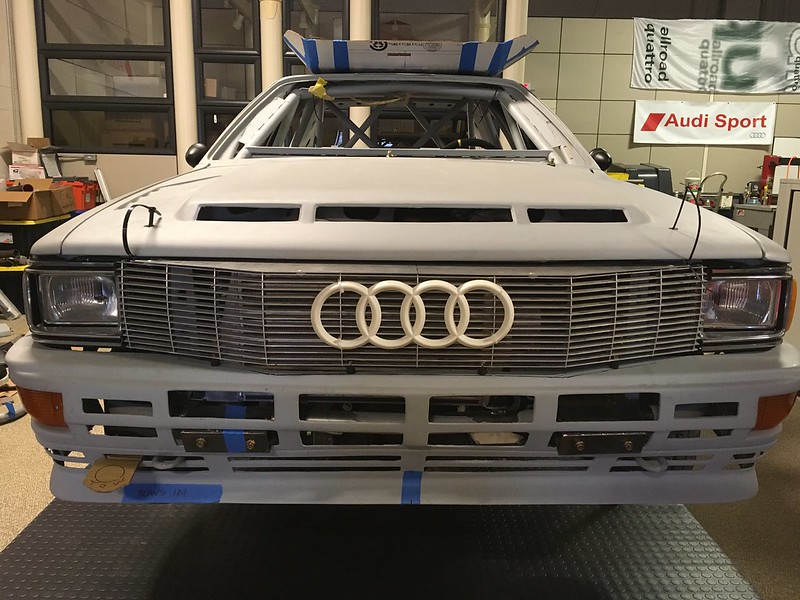 The nuts are a bit fiddly to screw on but the ones on the grill can stay attached. Right now, we have to reach through the openings in the front of the bumper to tighten the lower nuts but those holes are supposed to be filled with mesh ultimately. Going to have to ponder this a bit. Put the kettle on and break out the Hobnobs.

We still had to attach the intercooler to the support bar otherwise we’d have to rename it “grill support bar” and we didn’t want to have to go through the whole part name re-registering process again with the German Auto Part Registration Authority (GAPRA). So, we got out the taps, hack saw and hot metal glue gun and went to town. 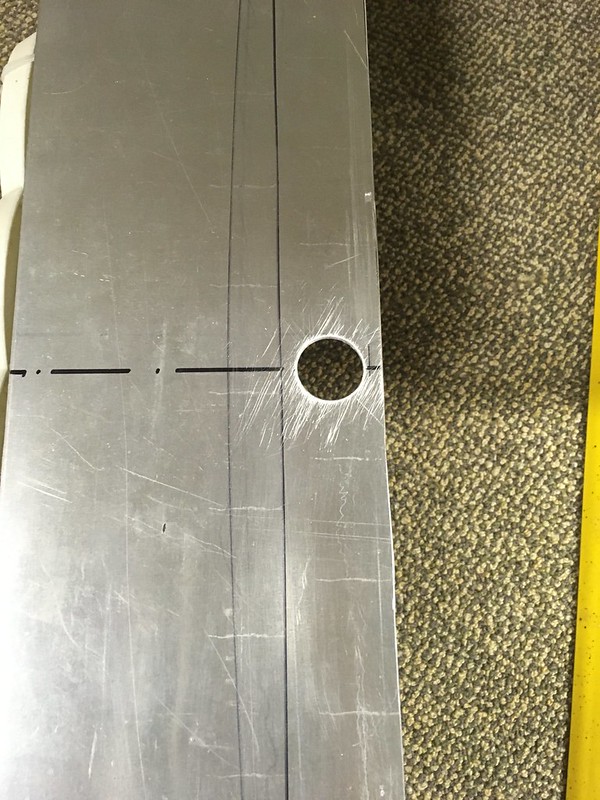 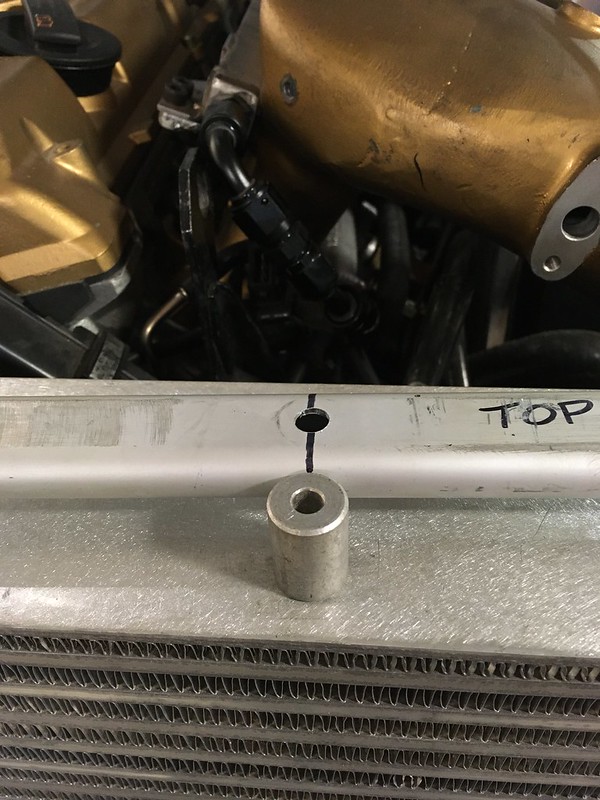 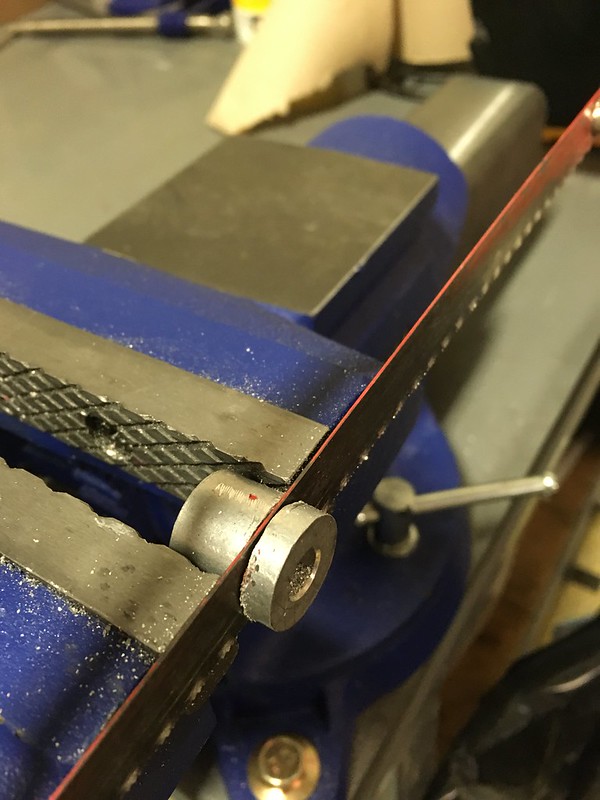 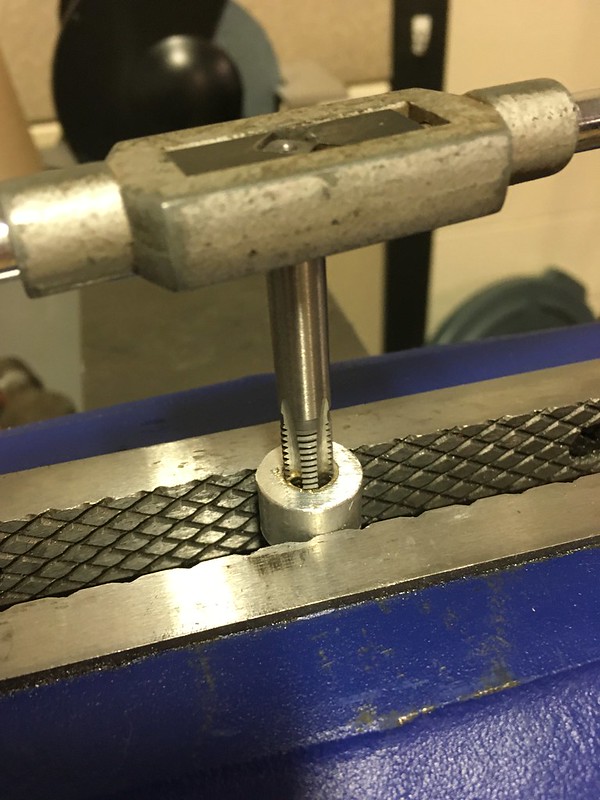 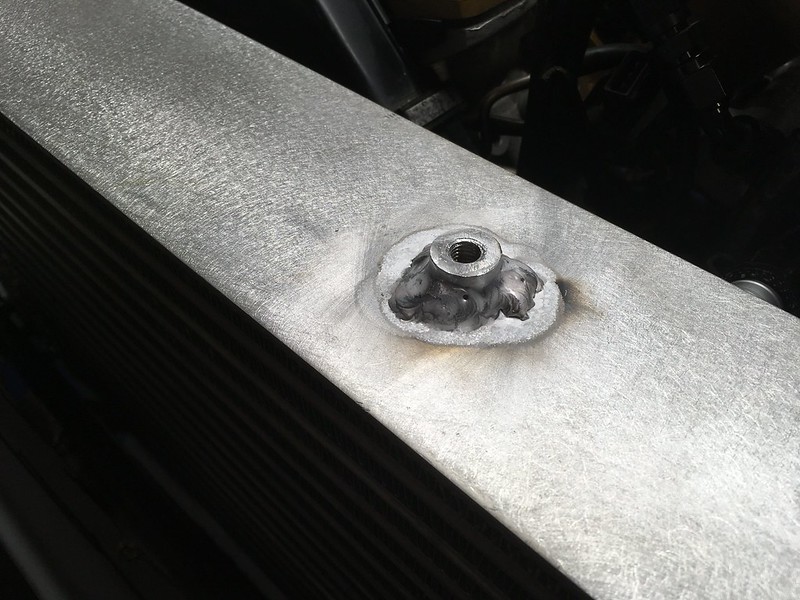 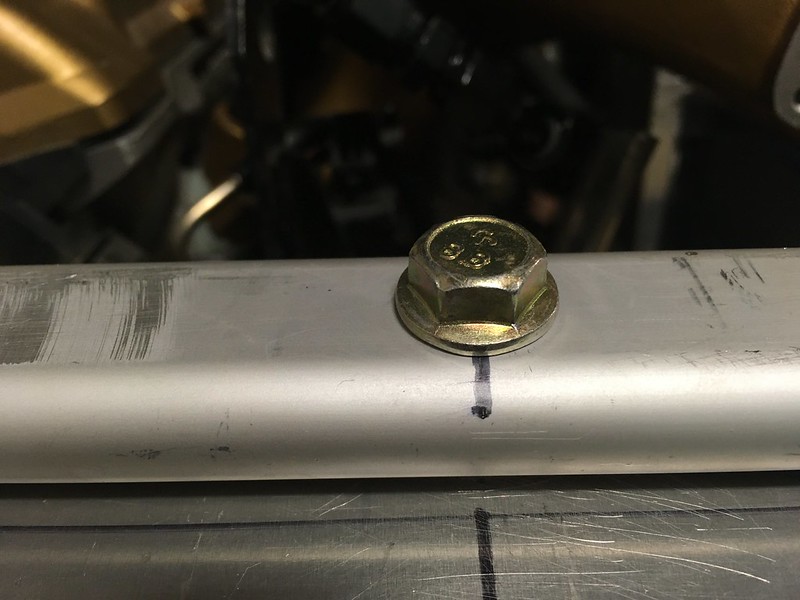 Now everything is as it should be and the grill is quite secure. Even though we still need to attach it to the upper bar it can’t go anywhere as the intercooler mounting boss goes through it. The bumper isolators seem to be supporting the weight quite nicely so all we need the grill to bar rivets to do is stop it rotating. To quote Harri Aardvark after winning the Detroit SCCA RallyCross championship in 2009 “HELL YES!