Posted on 9 Apr 13:43
Well, this is a big step forward for the project. It’s time to take the engine off its pallet and get it into the car. Of course it is not that simple. We have lots of ways to make it complicated. 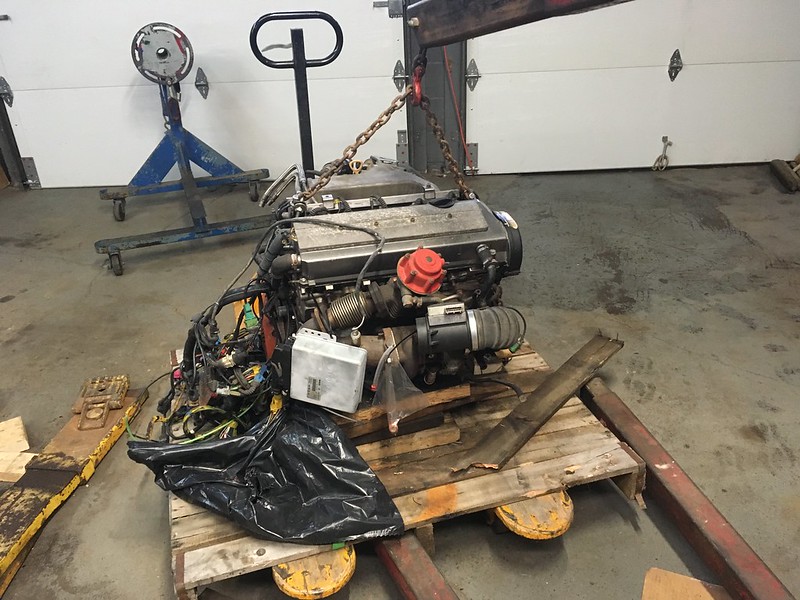 As we’ve previously discussed, we decided to go with a fairly stock later AAN 20 valve engine rather than try to wring extra power from the original 10 valve that came with the car. We should be able to see 300hp from this without creating a stressed out monster nor breaking the bank. Purists may scoff but they aren’t paying the bills.

We sourced this one from Marc over at EFI Express. They are huge Audi fans and know a lot about these engines. This is a tested and resealed, good engine, basically ready to bolt in. Marc chipped the ECU and stripped the harness of all unnecessary body wiring.

However, our aesthetic bar has been raised somewhat over the course of the build so now we feel we need to strip it down externally and clean, paint a re-plate every last nut and washer. We will try to restrain ourselves however. It’s just an engine and this is supposed to be a rally car. Let’s see how this goes.

First step was to get the thing in the air and on to our engine stand but before we could do that we wanted to remove the clutch and flywheel. This revealed a new crankshaft seal as expected but a bonus stage 3 CenterForce clutch that looked like it might even be serviceable. Thanks Marc. 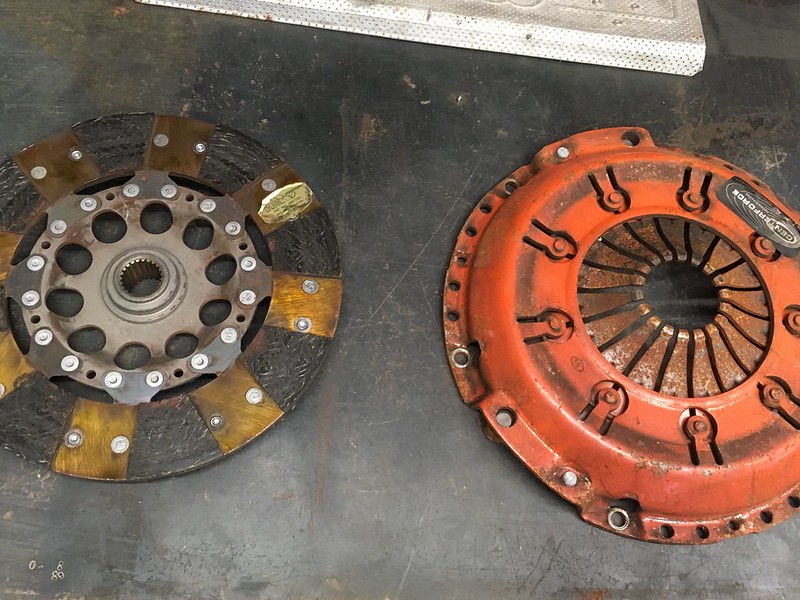 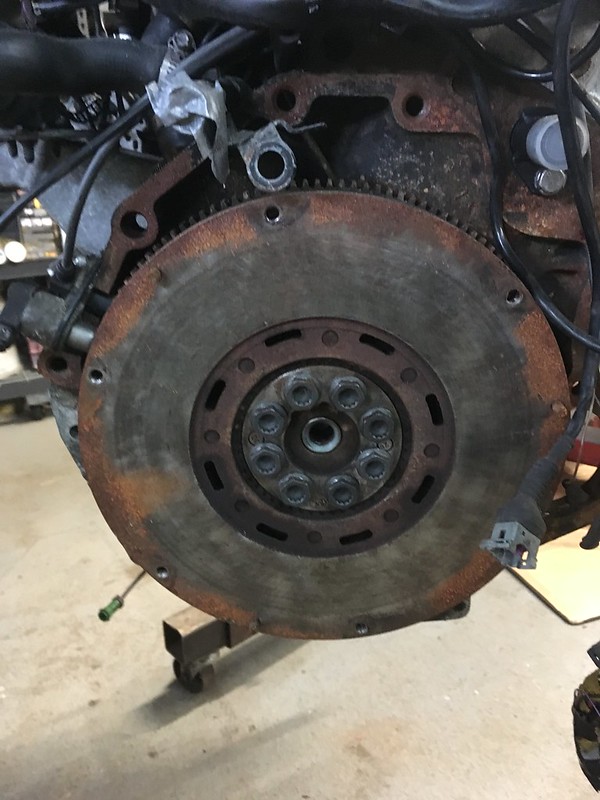 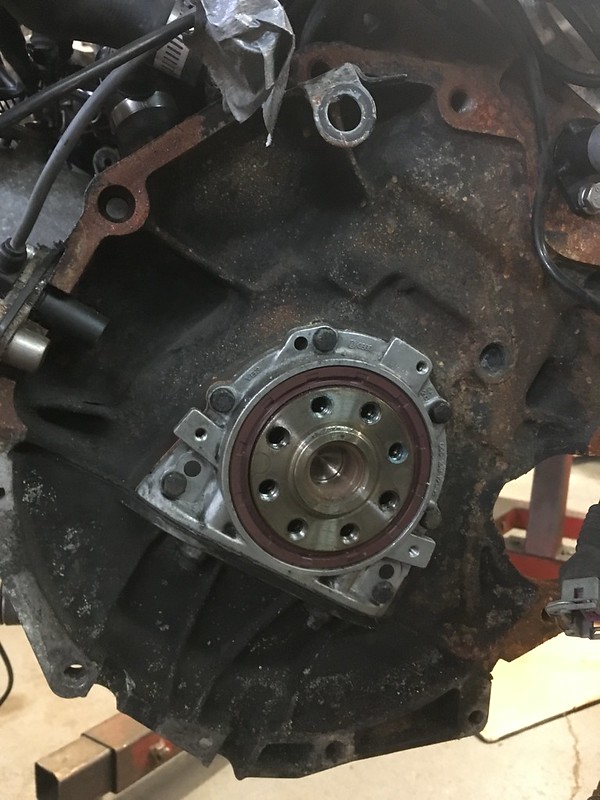 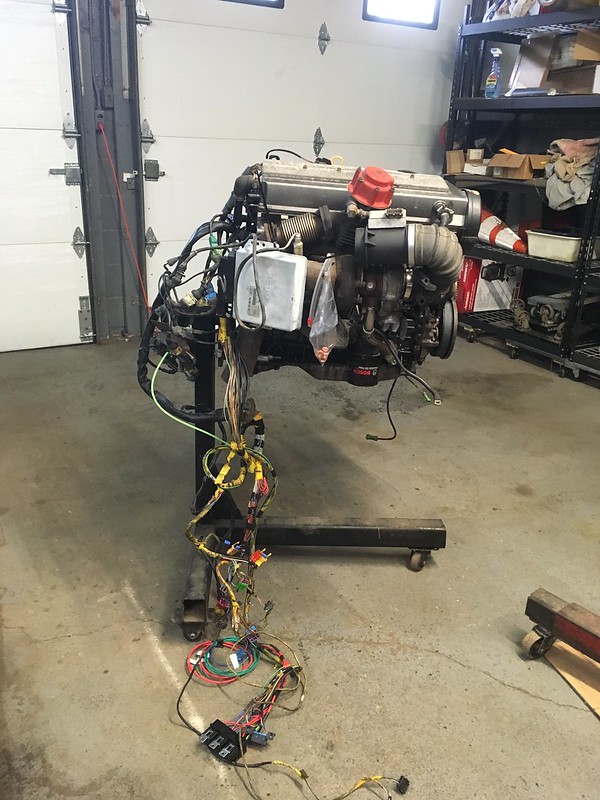 We were always going to have to replace or modify the intake manifold as the stock location of the throttle body will interfere with our side mounted radiator, so we started dismantling the intake side of the engine first. Getting at the ten Allen bolts that held it on was a big PITA. It would have been easier if we’d realised there are access holes going through the manifold before we started rather than after we’d finished DOH! 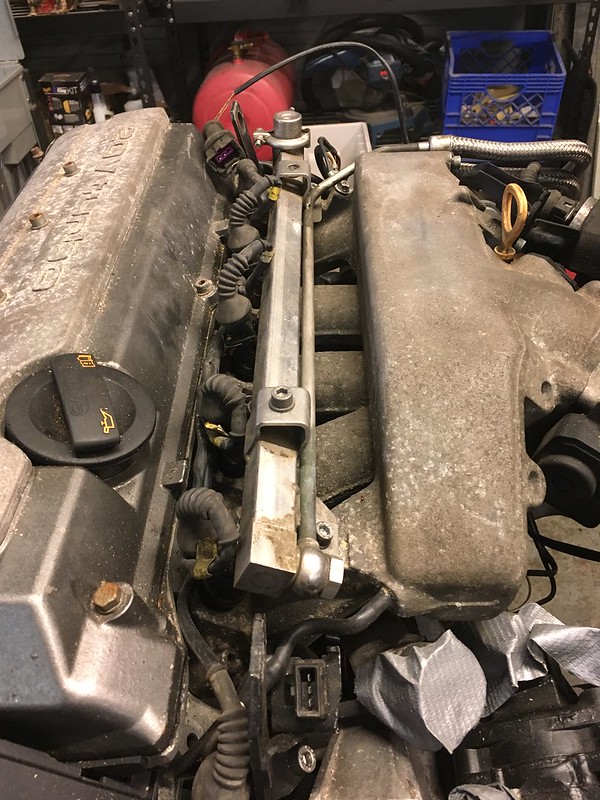 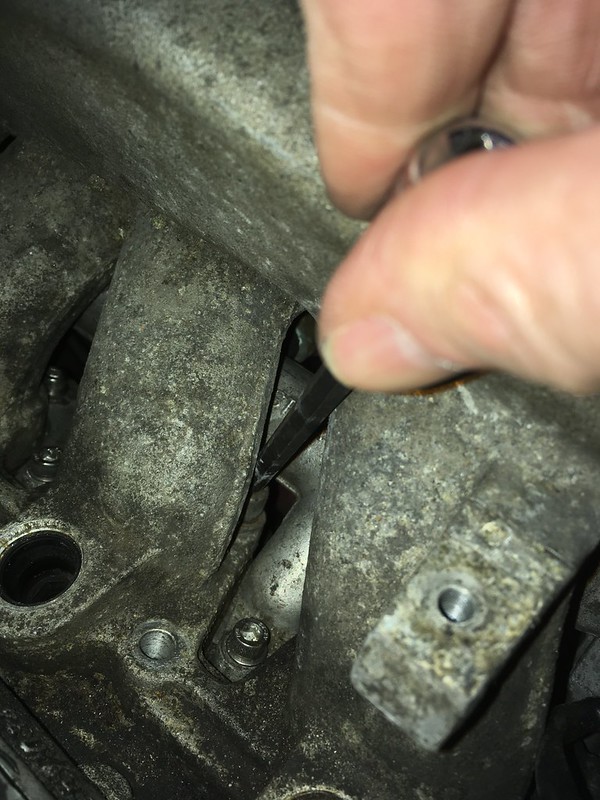 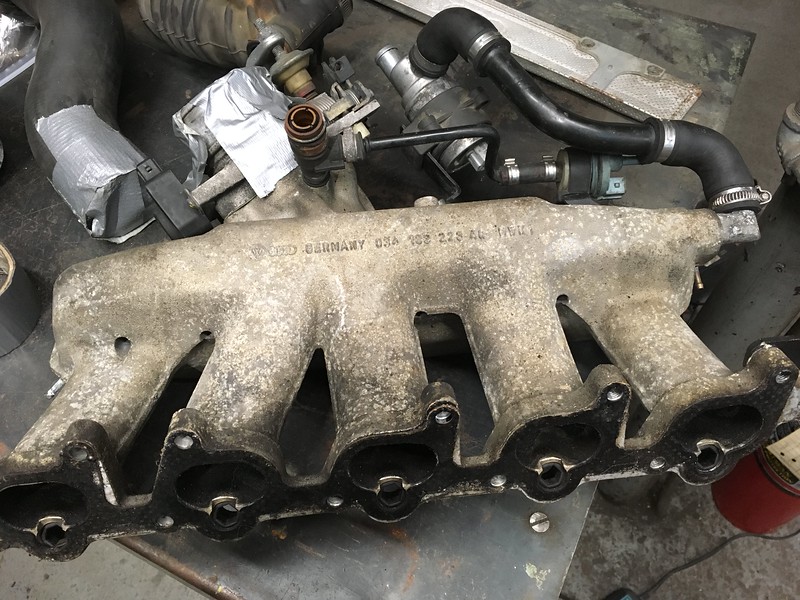 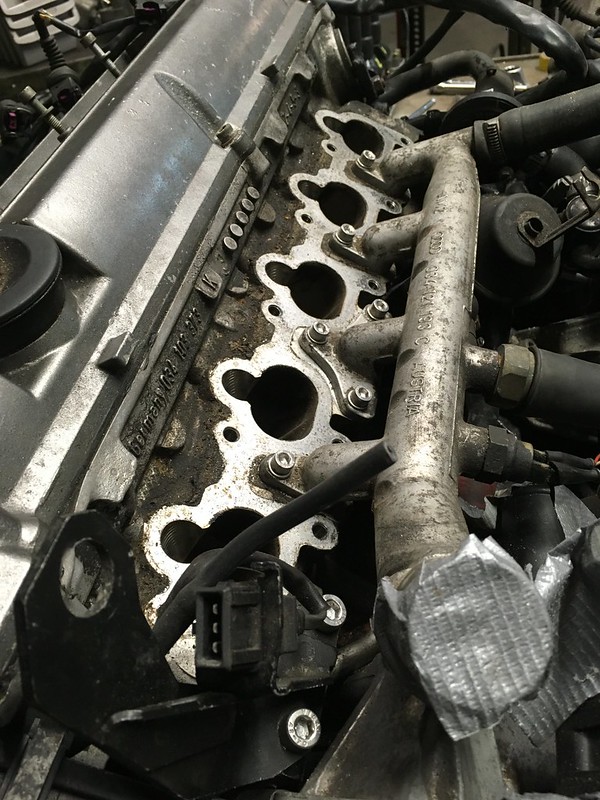 We also needed to delete the AC compressor so the belt and all the ancillaries came off. 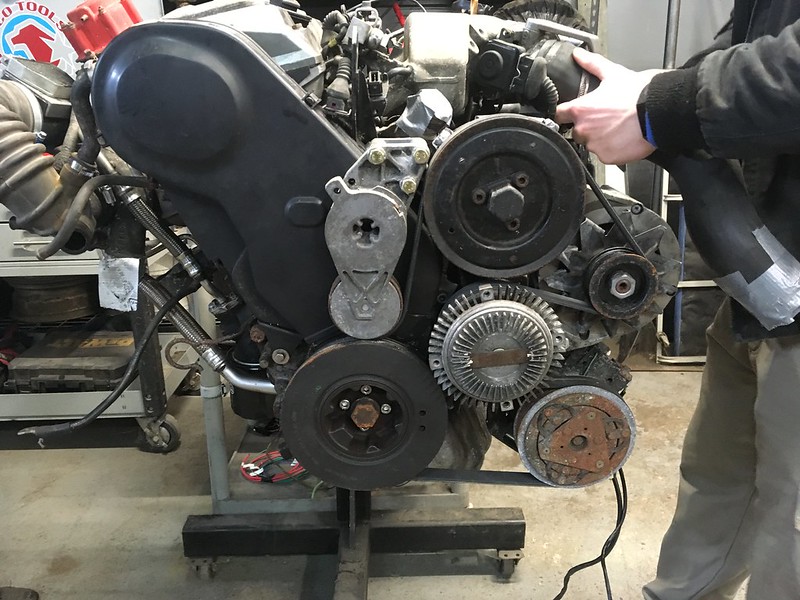 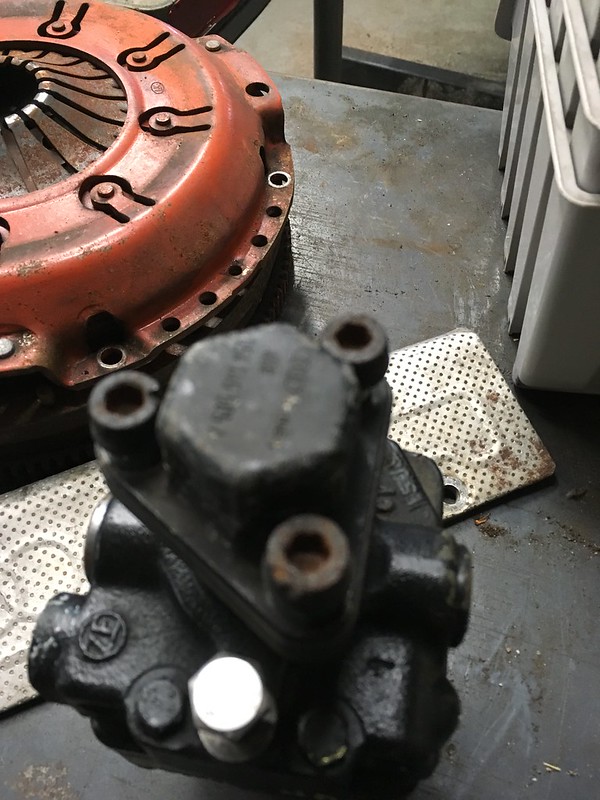 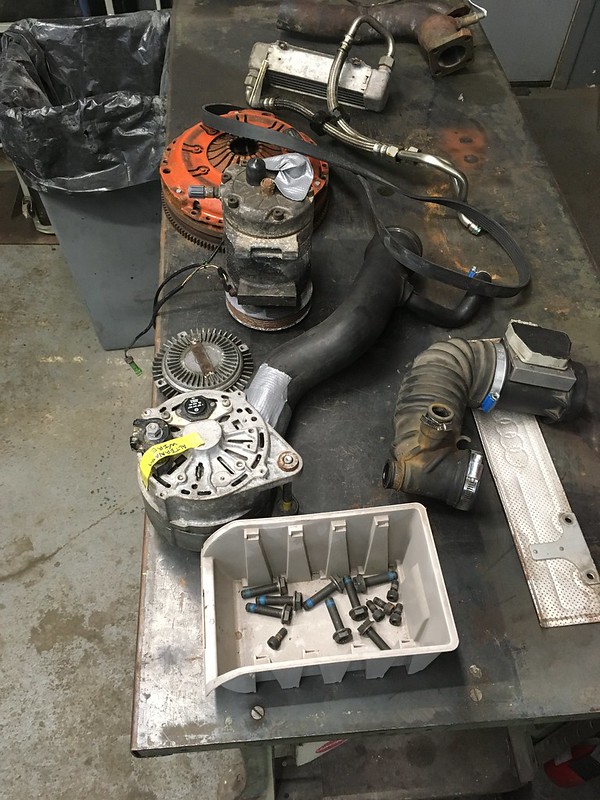 Unfortunately we decided the idler and belt tensioner pulley bearings were both near the end of their useful life so we’ll add those to the list of refurbishments.

We also discovered our engine came without the front engine mount; the one that stops it moving up and down when you get on the gas, so we’ll have to source or make one of these. 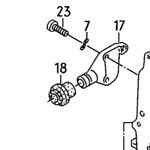 We are also going to need some different senders and sensors to drive our non-stock VDO gauges. At least they’ll be clean and shiny. 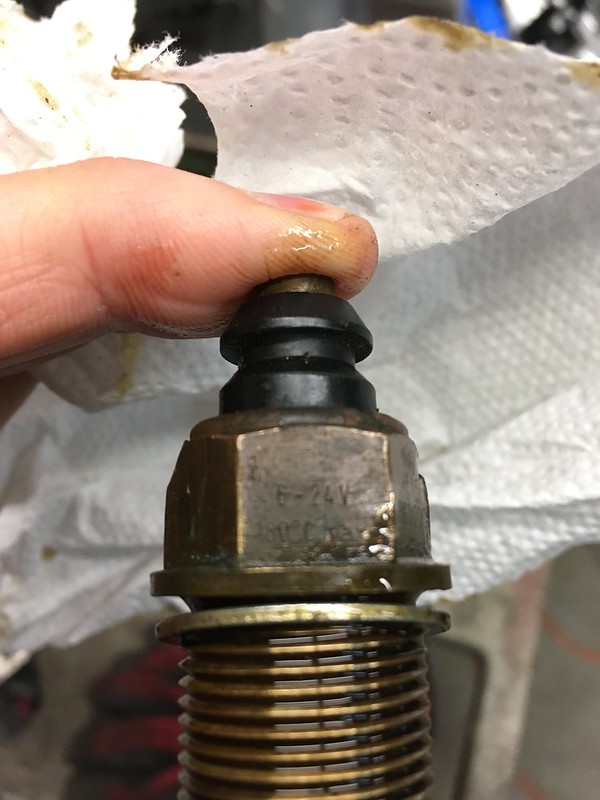 We believe the turbo is good and are reluctant to open up this rabbit hole so we think we will just clean up the exhaust side in situ. Let’s see how that goes. 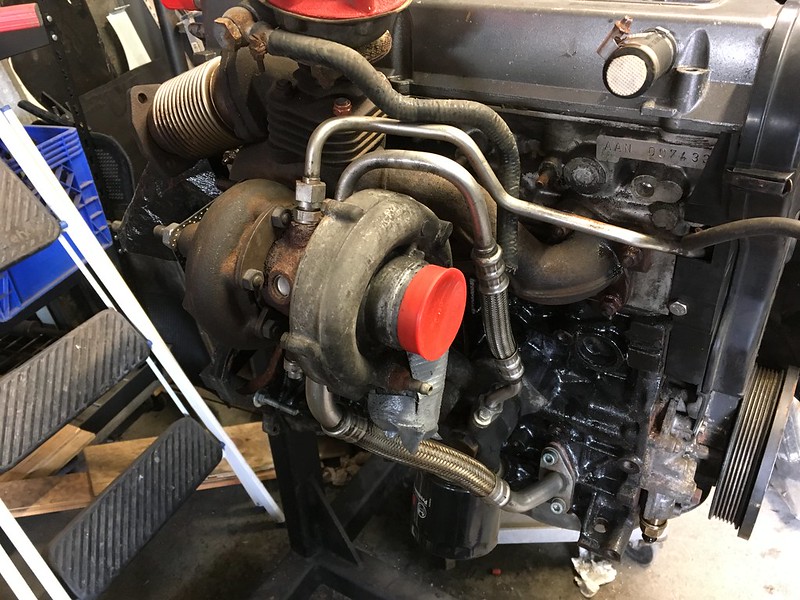 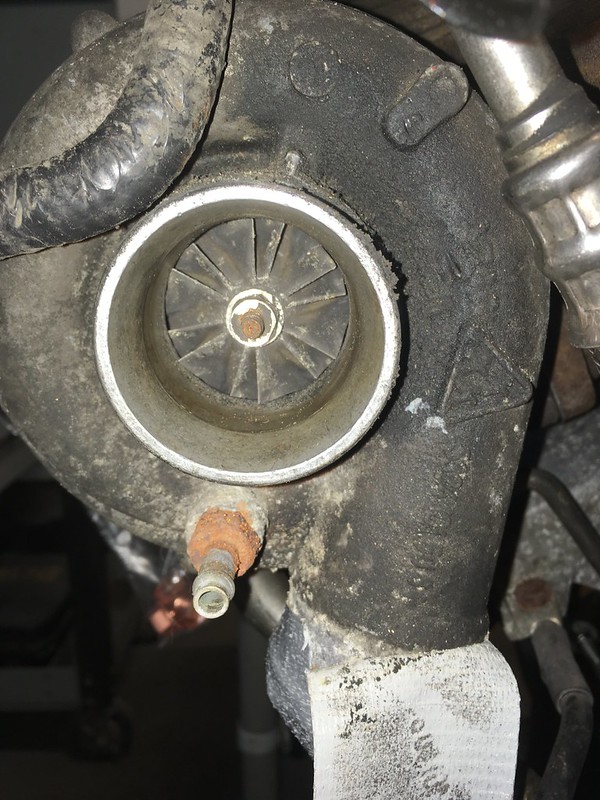 So check back later to see if we manage to not replace, repaint or re-plate every last piece of this engine. 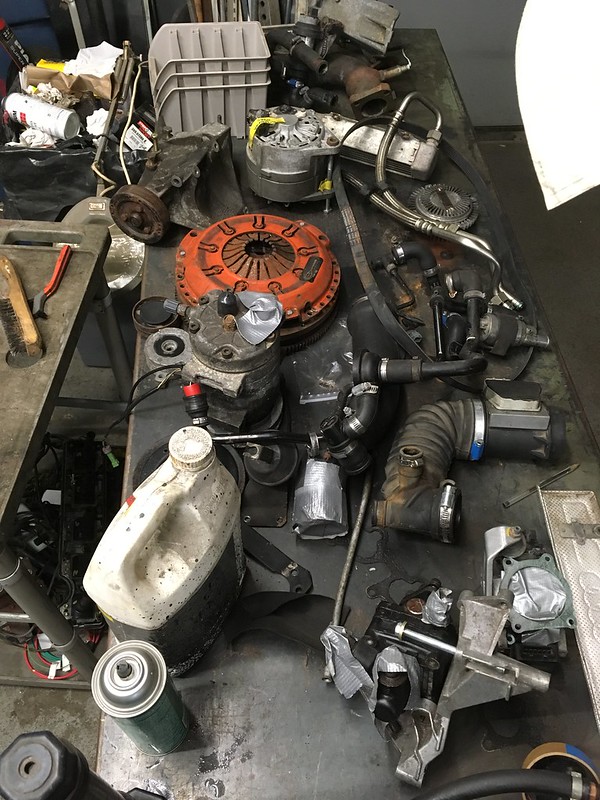