The dash on the Group B Quattros is somewhat iconic especially the big orange oil light in the middle. For this reason we have been very keen to progress work in this area.

Our large tachometer came without any mounting hardware. It looks like it was designed to mount into a rubber grommet like the Porsche 911 gauges. That was never going to work with the 2mm thick aluminium dash we are working with so we had to get creative. First we tried a large hose clamp but of course it rattled around. 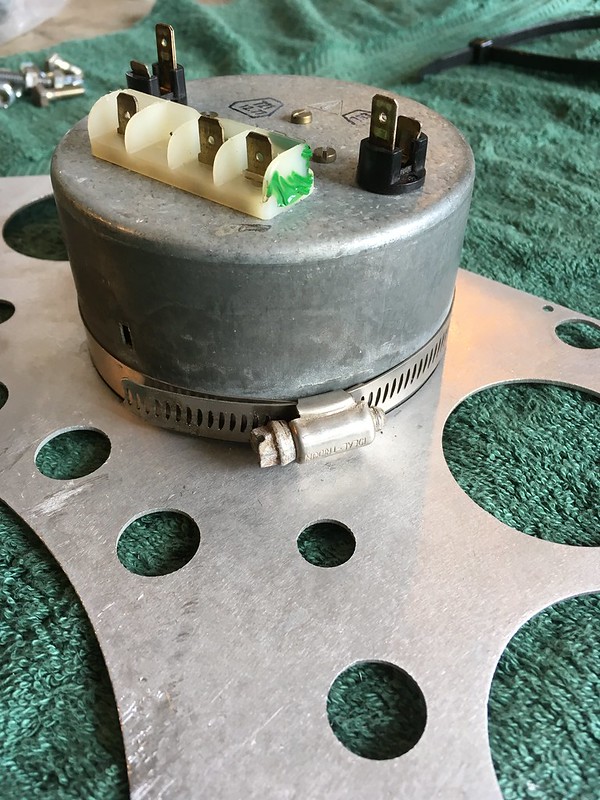 Then we butchered some garage door seal for its rubber and tried that under the hose clamp. 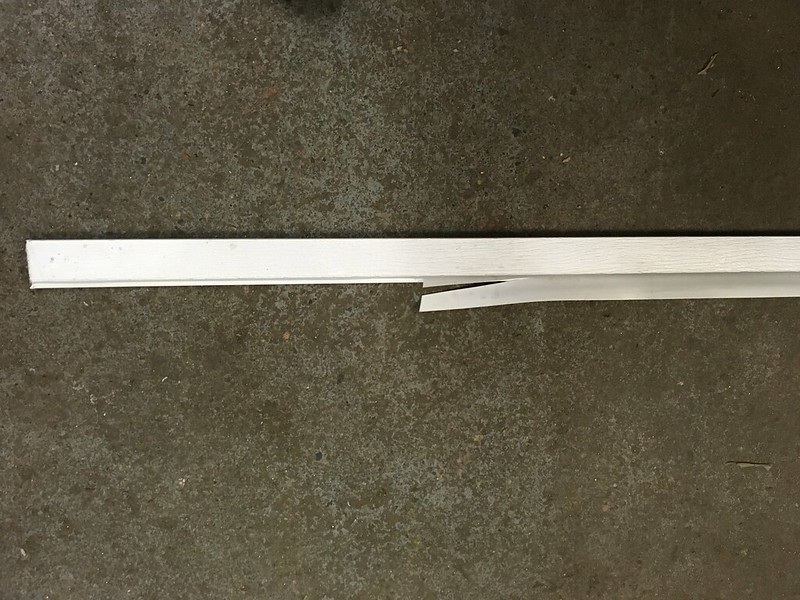 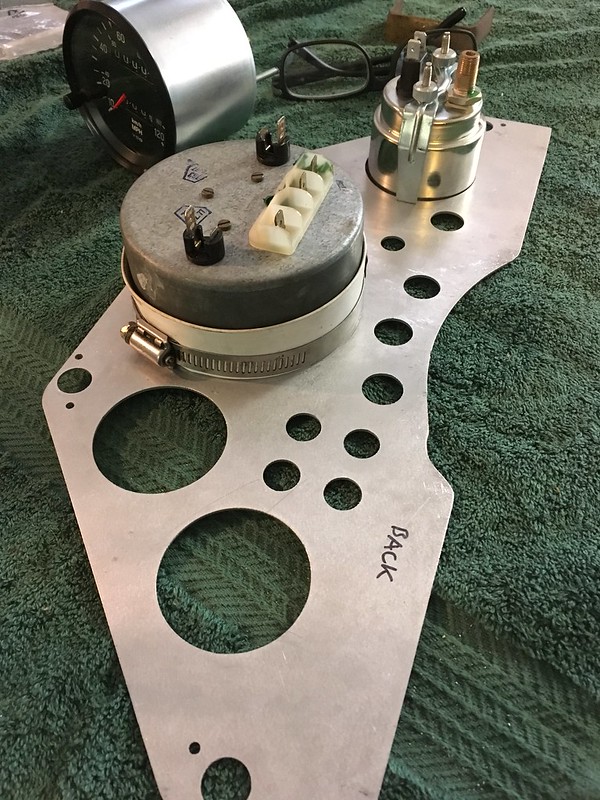 This worked as the clamp squeezed itself up against the back of the dash but didn’t really look the part. We found a roll of thicker black seal in the back of the shop and sliced that up instead. Success! 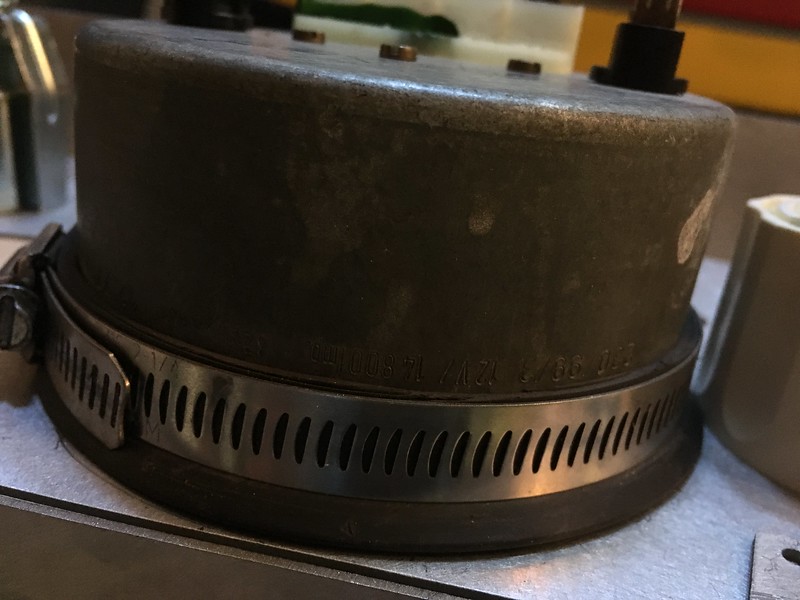 Then our missing VDO gauges came in from egauges.com so we mounted them up. The threaded sleeve on these makes installation so much easier than the yoke and thumb nuts of old. 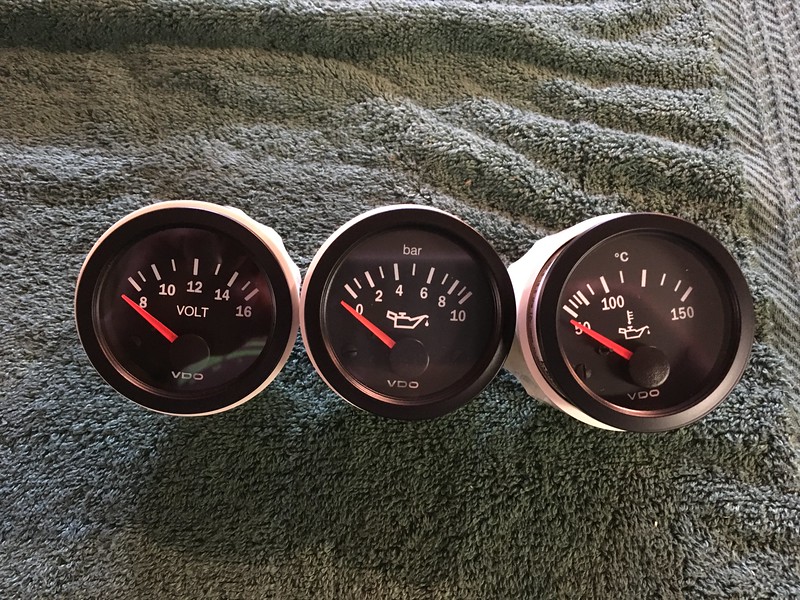 Our tachometer came without mounting studs but no yoke so we made one. 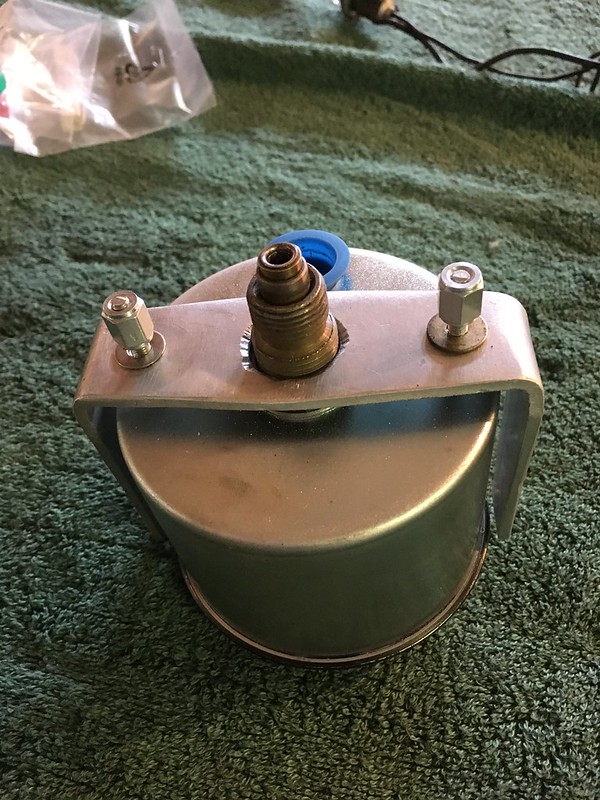 Then we just had to put it into the car. 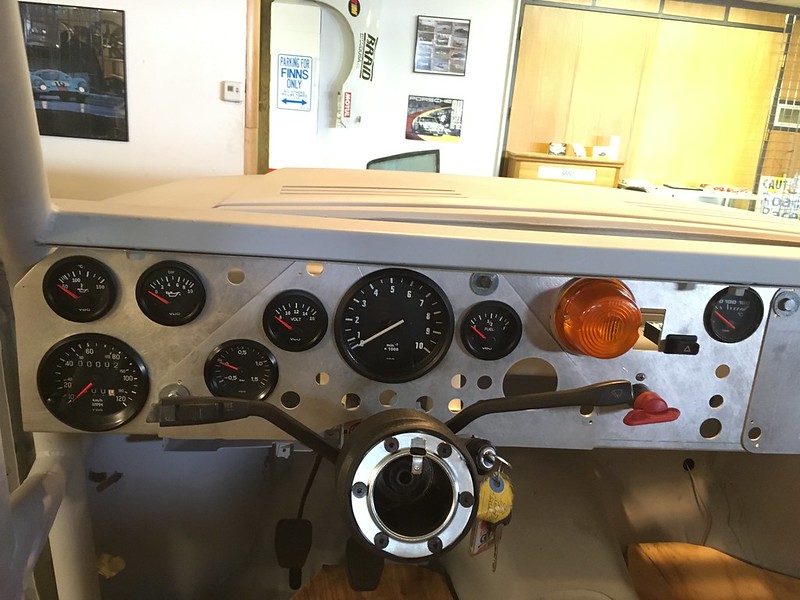 All it needs now is warning lights and switches, mostly.

We were also very excited to receive a box of metric flange nuts and bolts we found on eBay. These will be very useful. 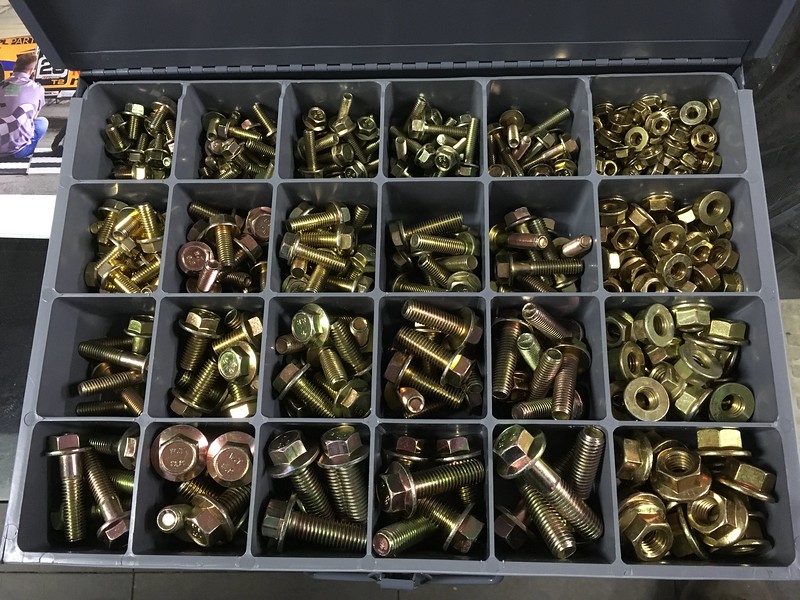