Posted on Aug 18, 2020
We hope everyone is safe and healthy and wearing a mask. We have been hunkered down in our various basements for what feels like forever but thankful that we live in a state that has fairly low case counts lately. We still haven’t found the perfect building for our business but did come to the realization that it might be possible to continue building the car in its current location: a 30’ x 10’ storage unit! While the only electrical power is a single light fixture in the center we found it has enough juice to power an LED work light and a drill. We don’t think we will be welding though. Of course, there is no bathroom or running water so we will have to plan ahead. First some pictures of our “facility”: 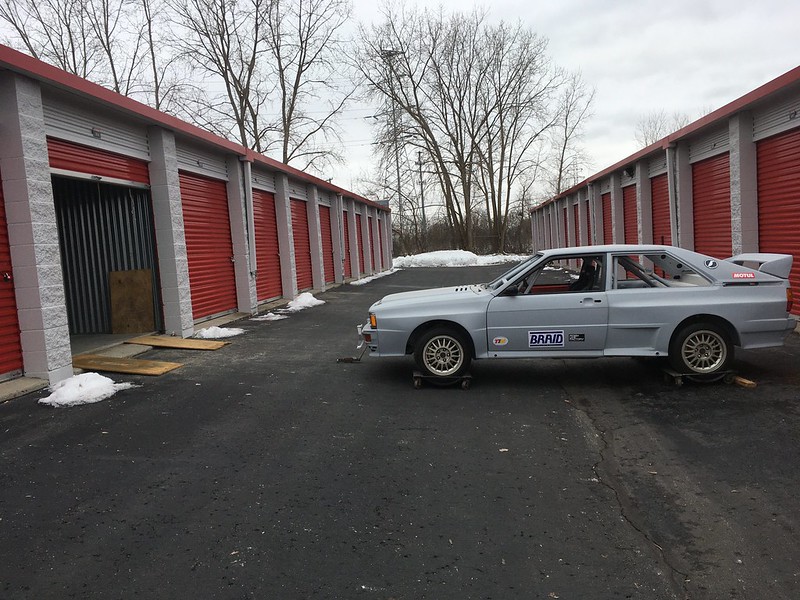 We managed to get it up on its pin stands ready for surgery: 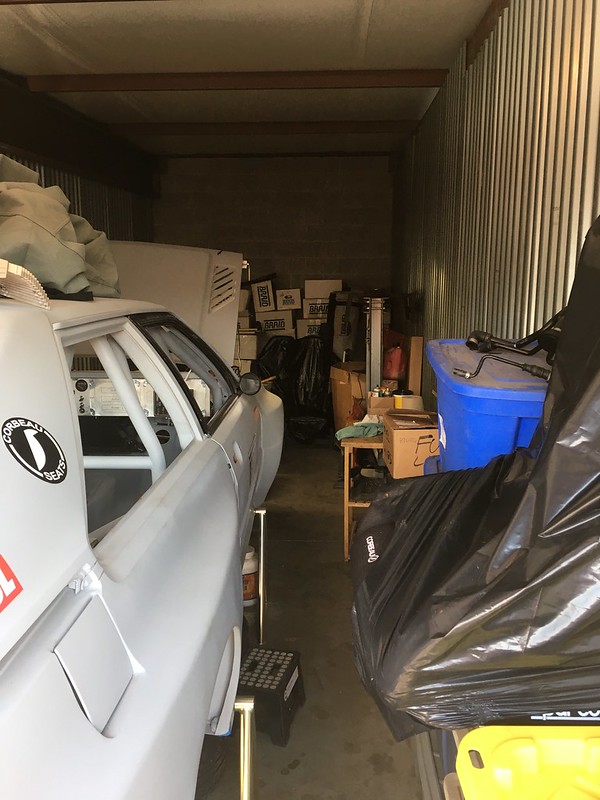 We constructed this bench from an old kitchen table/chopping board complete with two Harbor Freight vices that cost less than $50 total! 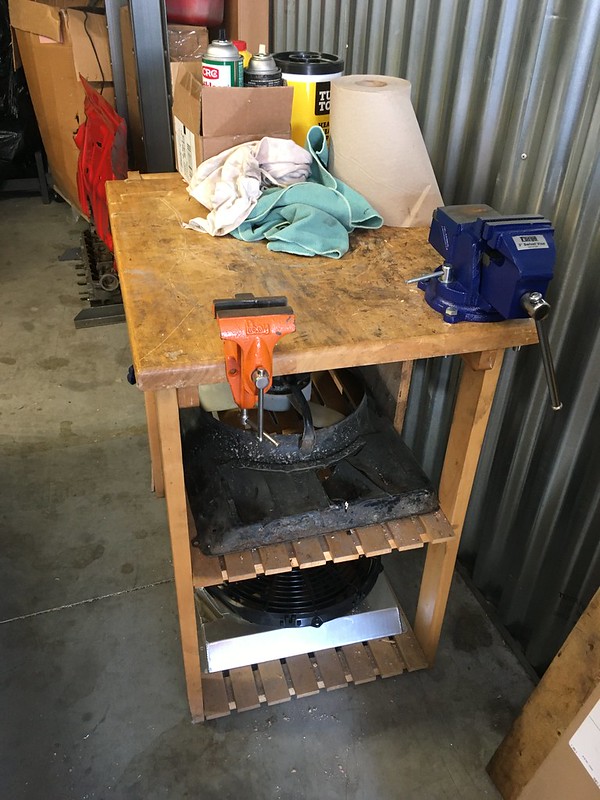 And a makeshift workbench from a foldup table. 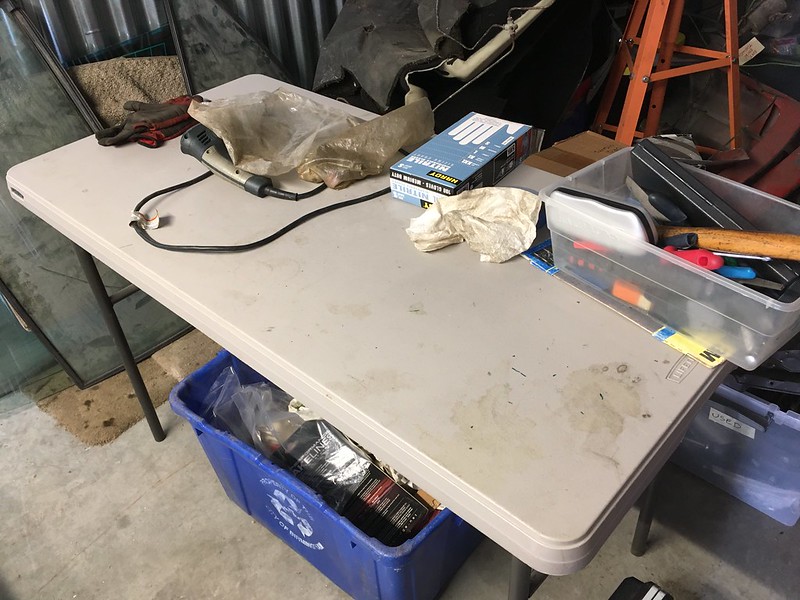 We are working with rudimentary tools and our emergency toolkit that normally is in which ever car we are driving. 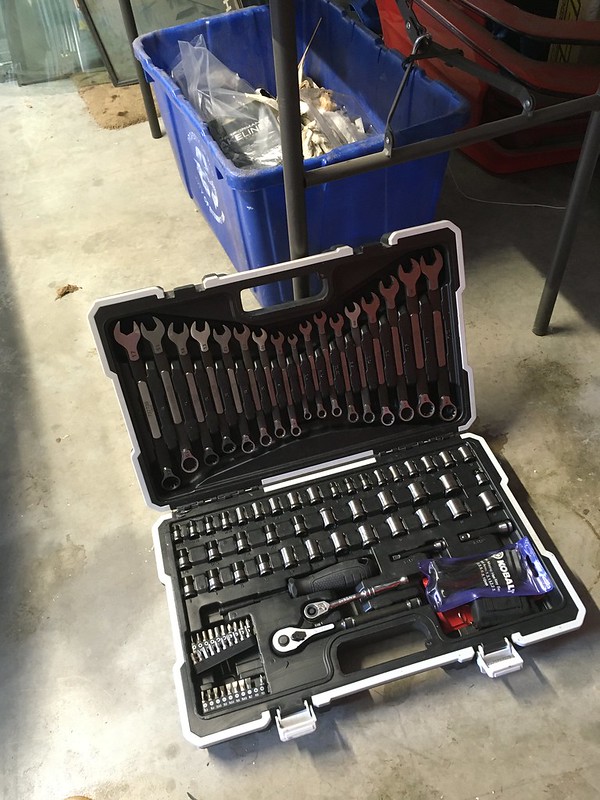 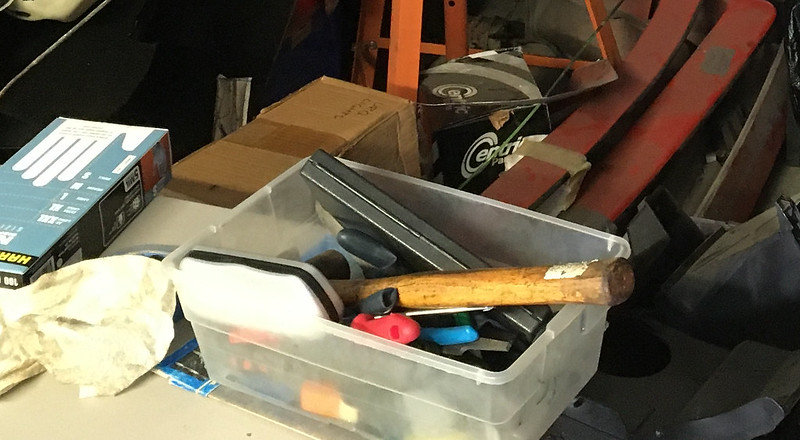 As you can imagine, with one naked 60W lightbulb, it’s pretty dismal in there so we plan to rig up a LED strip light to the hood that used to hang above the work bench in our old workshop. 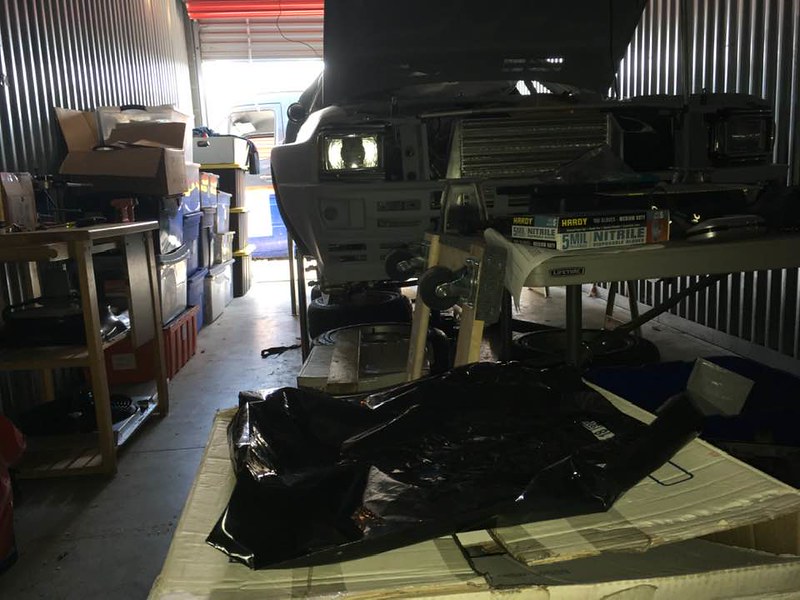 We realized that when we moved into the two 30’x10’ units that we packed them according to which room the stuff came out of. Consequently almost everything for the Quattro was in with the Porsche and vice versa. A bit of schlepping later and the Quattro was once again reunited with its innards. There’s not a lot of room to maneuver and it seems that every time we go looking for a part it ends up being in one of the bottom boxes. We suspect this might become quite frustrating. 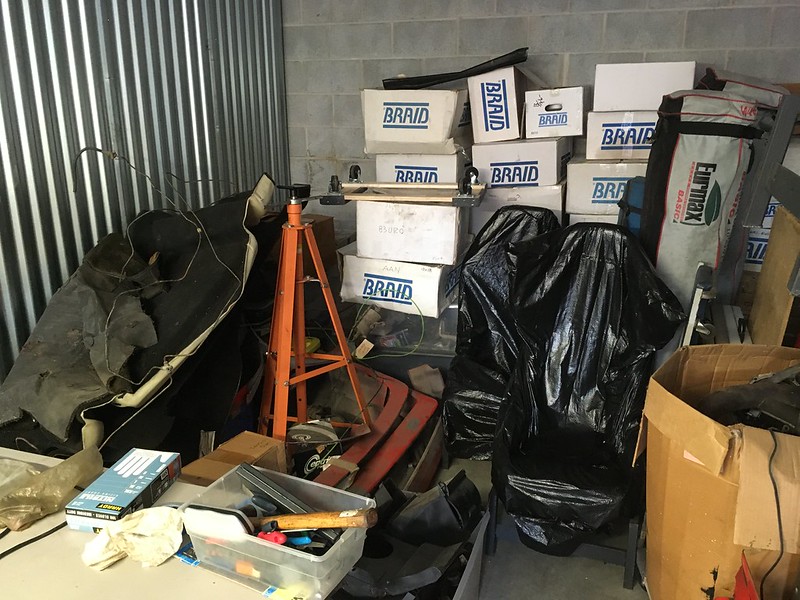 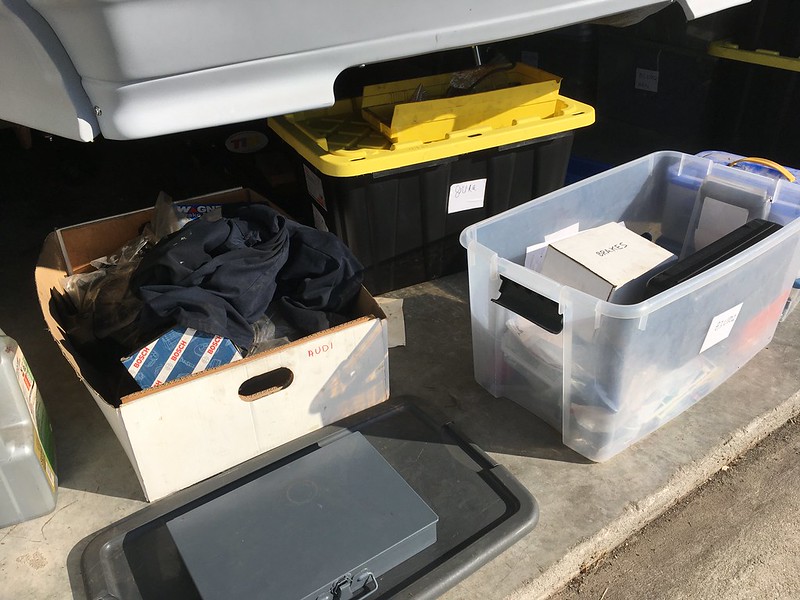 And here’s what we think we can make progress on in this space.

Basically anything that just involves bolting parts on and maybe drilling holes. Let’s see how realistic this plan turns out over the next few (hopefully) weeks.