We’ve teamed up with a small group of Engineering students from Oakland University to assist with the project and contribute to the education of a few future automotive experts in some small way. These guys are so keen they’ve already given themselves a name. They call themselves the “Qauttro Sqaud”. 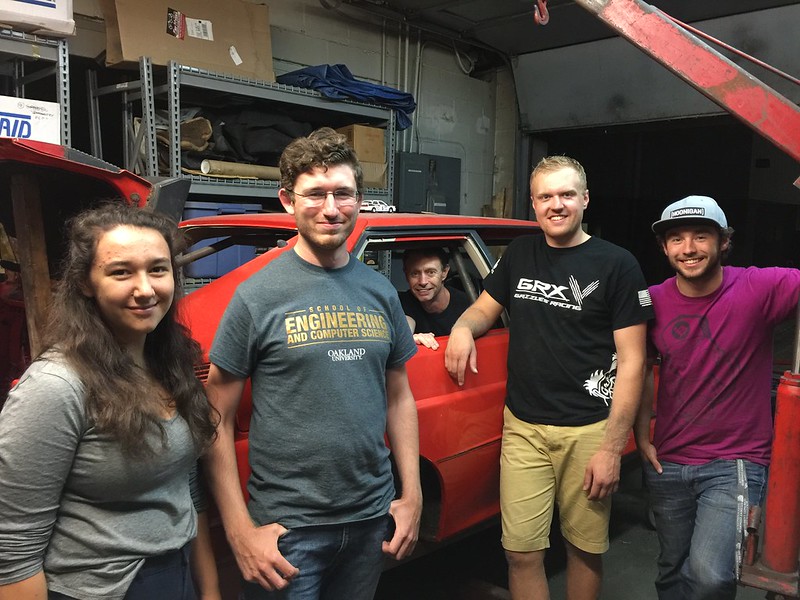 So who are the Quattro Squad? Well we have Amanda, Nathan, Matt and Aaron. All students at Oakland University and all way younger than this car! They vary in age from Sophomore to graduate student and most have worked on OU’s Formula SAE car to some degree. They have never worked on restoring a car, building a street based race car or, for the most part worked on modifying any street car, though Nathan did install mud flaps on his Dodge Dart. This is truly going to be a new experience for all of them, as it is for us and we are excited to be able to help broaden their experience as they progress with their engineering careers. 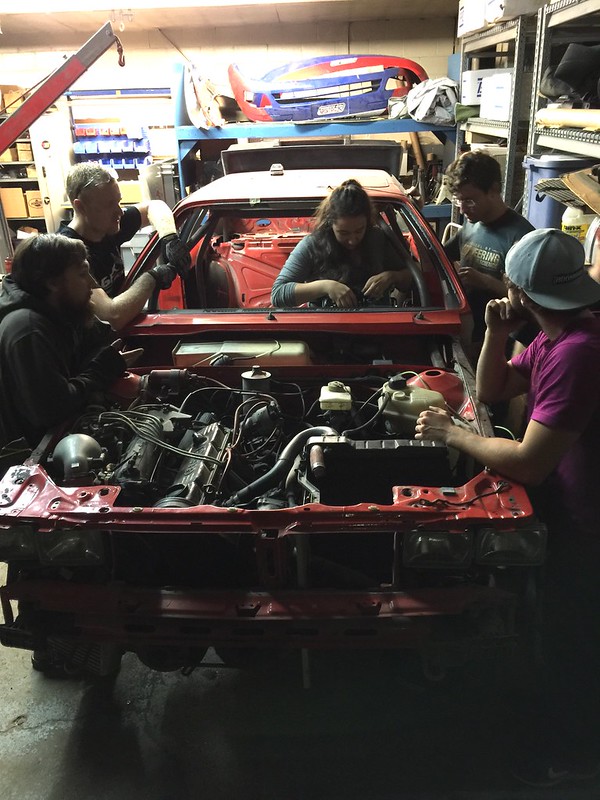 We plan to work on the car as a team one evening a week and maybe some weekends. Last Wednesday was our first such gathering. So what did we accomplish? Well job one is to strip the shell so it can go off to our fabricators: Thompson Racing Fabrication (www.thompsonracingfabrication.com), for a proper shell and then paint. All the team were very eager to jump in and not shy to put wrench to car. Fortunately one of them seem too overly aggressive so much of what comes off should survive the process and as we discussed, most parts should get bagged, labeled, organized and photographed as we disassemble everything in a logical and methodical way. These are engineers and future engineers after all. I myself being a recovering engineer ;) 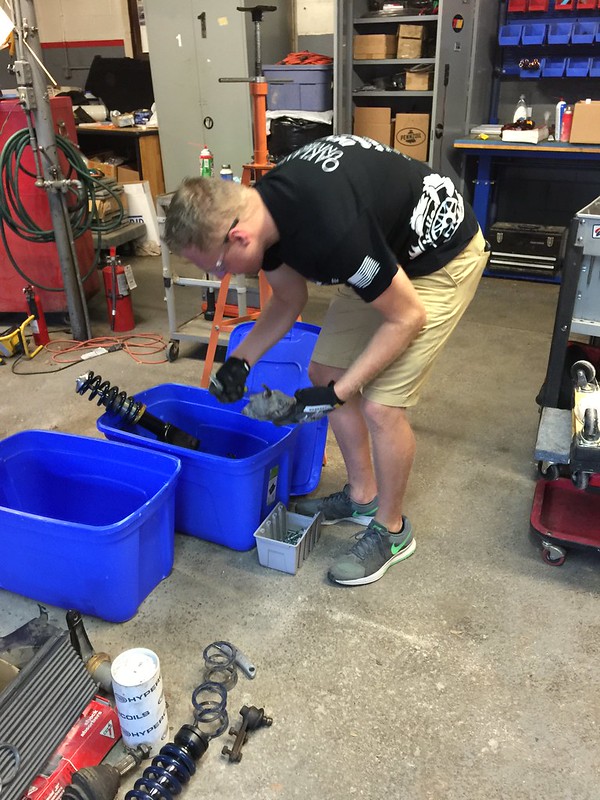 We assigned people to different areas of the car but they spontaneously teamed up when needed. Nathan and Aaron attacked the interior but that soon turned into stripping the trunk as they had to to get the rear belts out. Typical Audi. 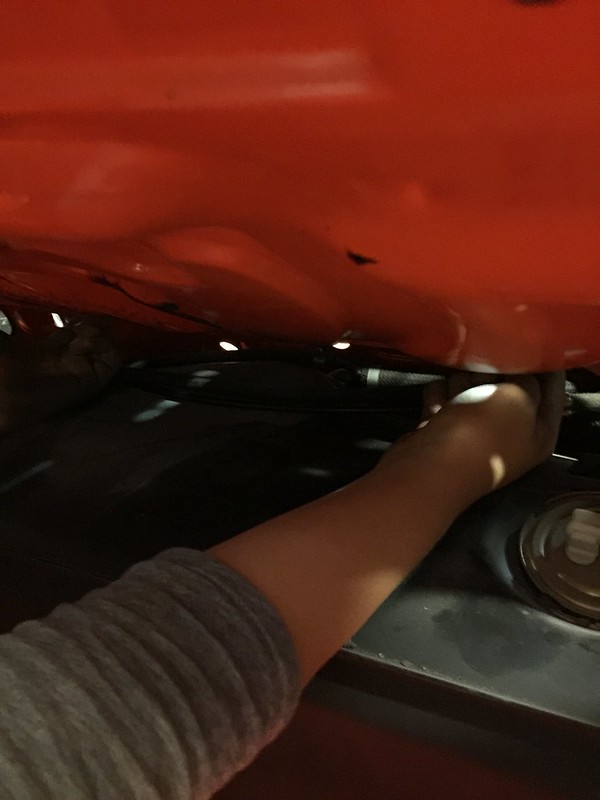 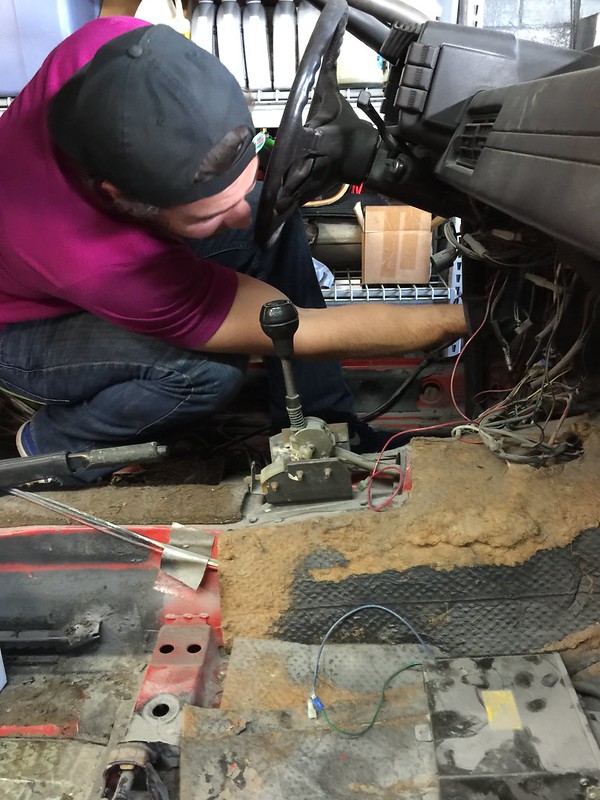 Amanda took over trunk duty as she was also working on interior wiring and much of that terminates in the trunk. 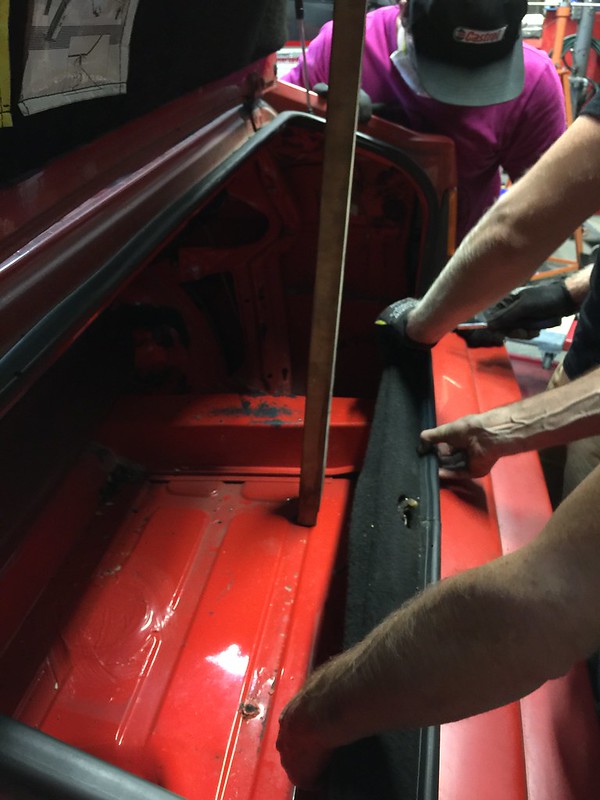 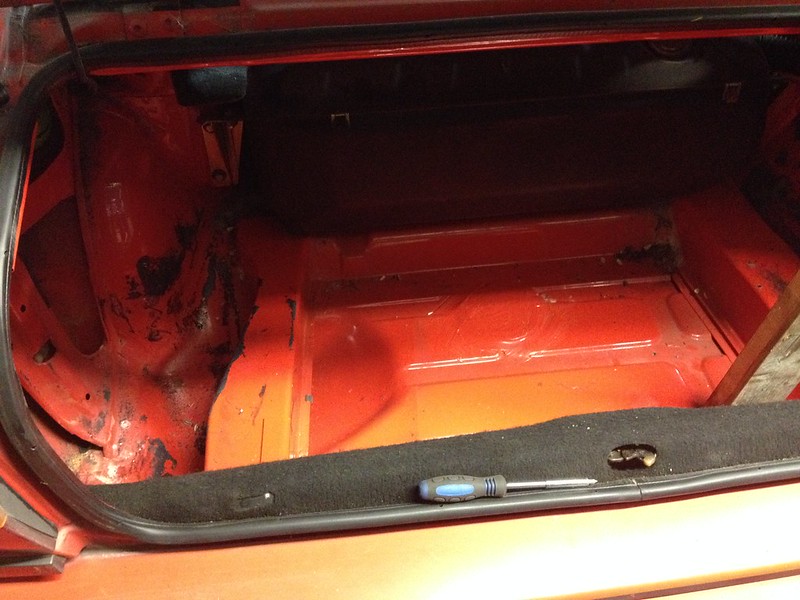 Matt removed what he could from the front suspension then went after the front body work: bumper and spoiler mostly. 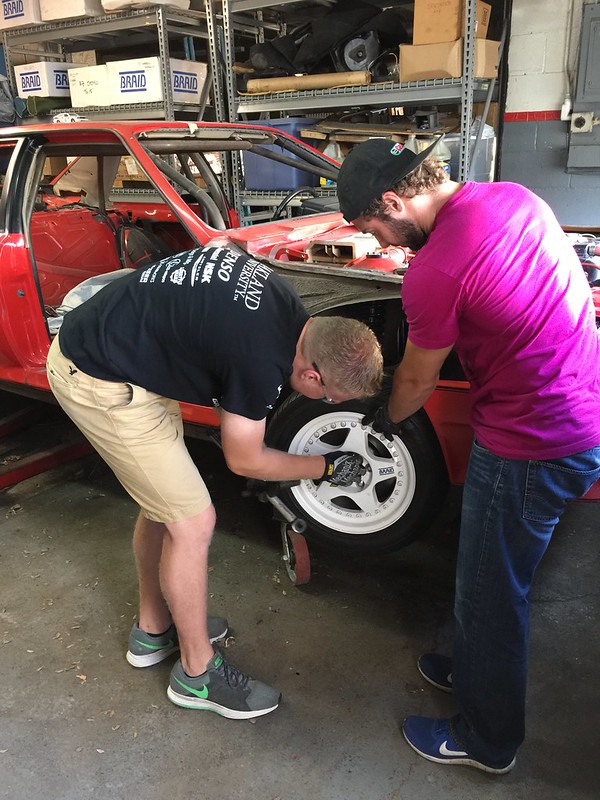 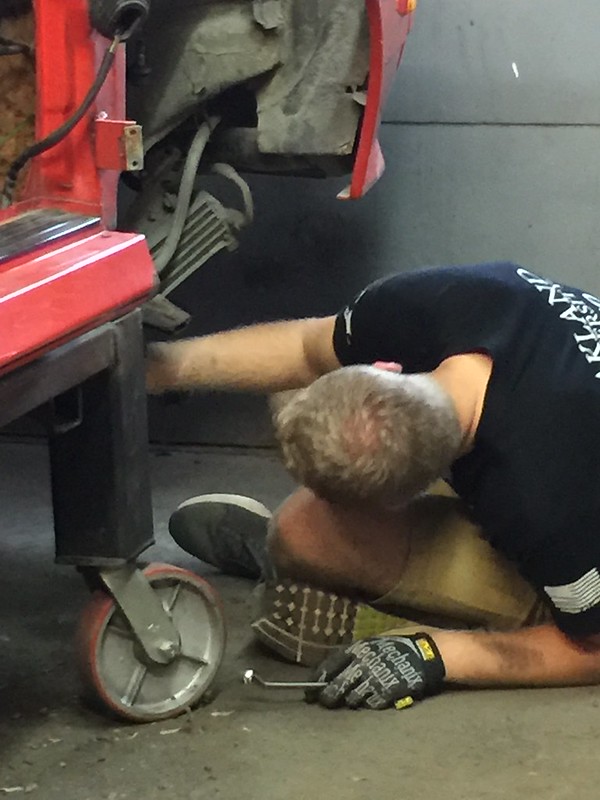 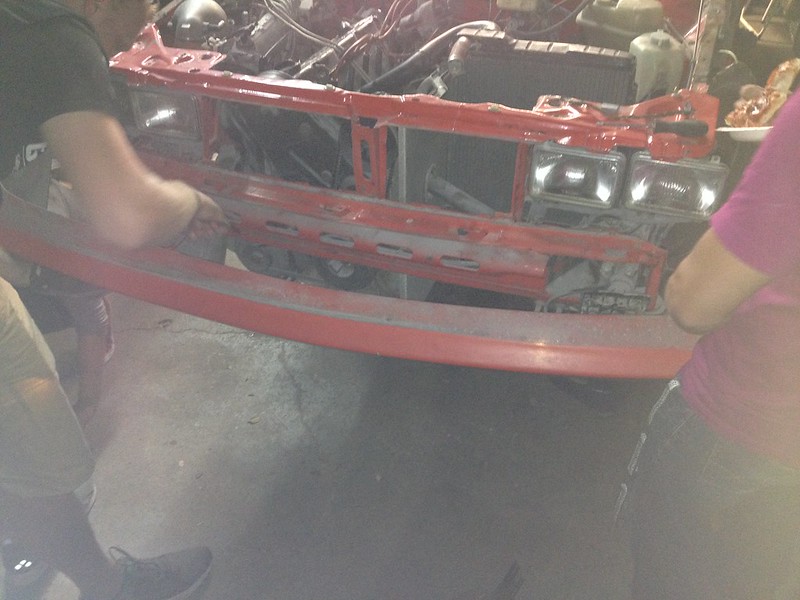 It seemed as if everybody was involved in removing the dash. 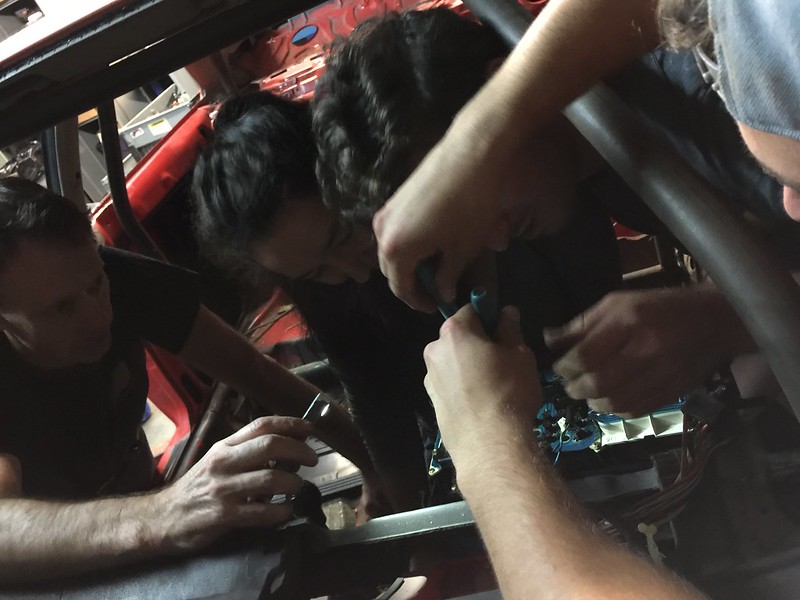 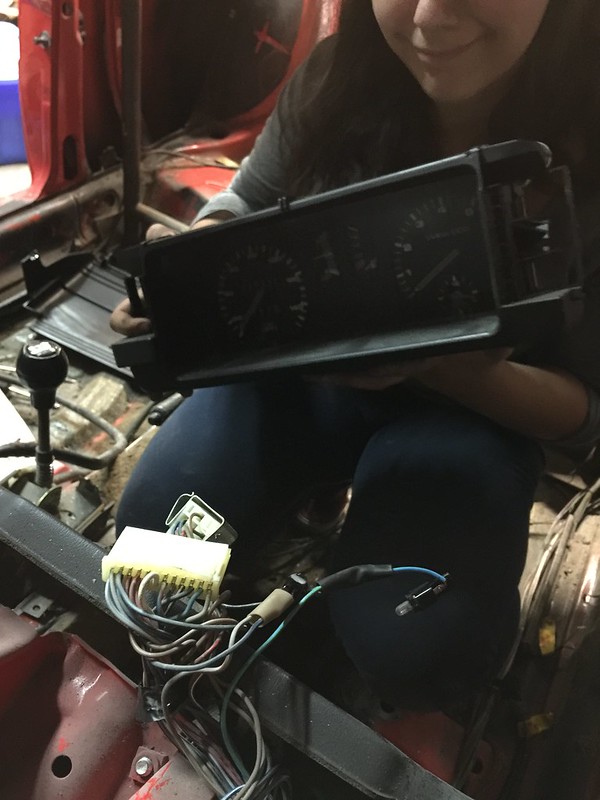 Next time we will continue stripping the shell before we figure out how to get it off the rolling platform so we can drop the rear sub-frame then front sub-frame/engine/transmission. Should really test the engineer’s skills that one.