Yesterday the Quattro Squad accidentally took the engine and transmission out! Well, it wasn't a proper accident; just that it wasn't part of the evening's plan. Being a little light on peeps and wanting to have an early night we only planned to prep for engine removal. Instead it just sorta happened as we were on a roll and we still got out of there by 8:45pm. Not a bad night's work. 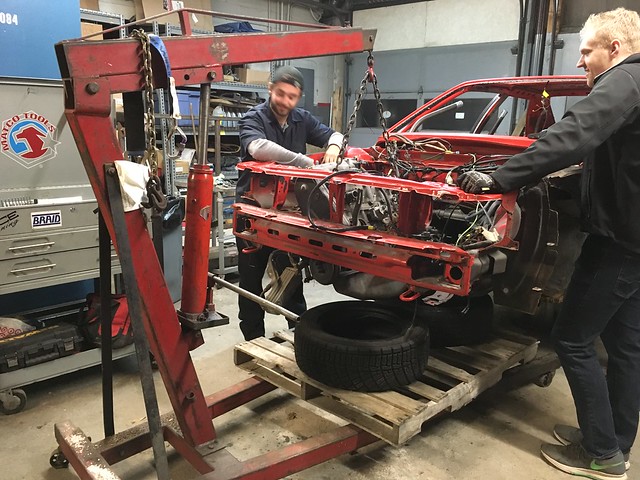 Being a Quattro it comes out of the bottom with the sub-frame and transmission. Being a Quattro it doesn't just drop straight down but instead has to be quided past several obstacles on the way down. This is not a Porsche 911. 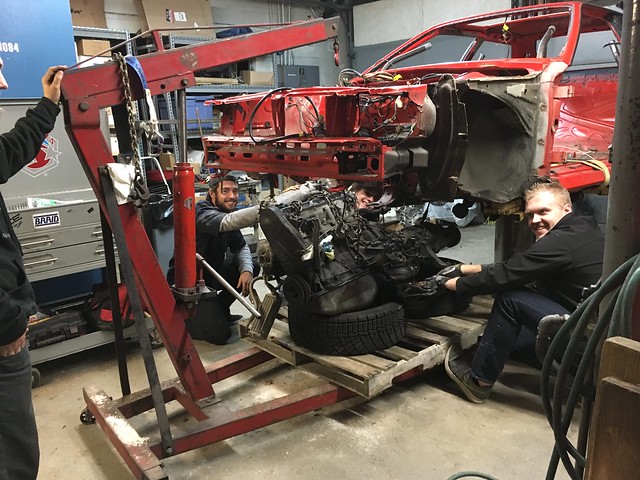 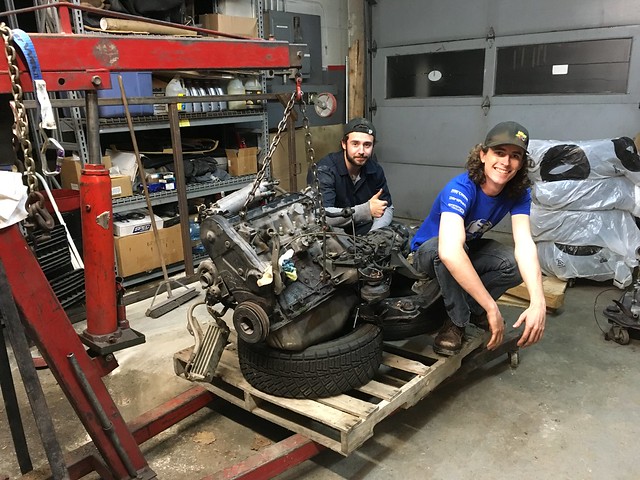 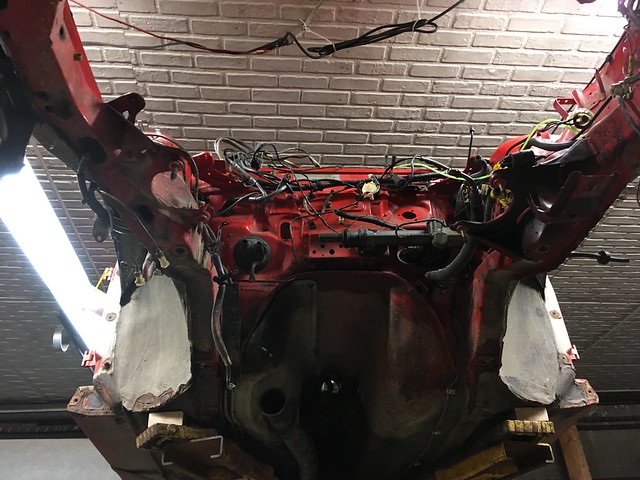 The right side engine mount fell apart; as they do. 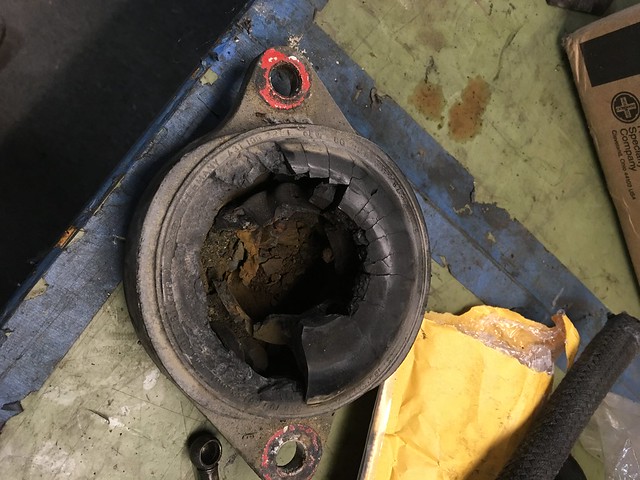 And this doesn't look exactly pristine. 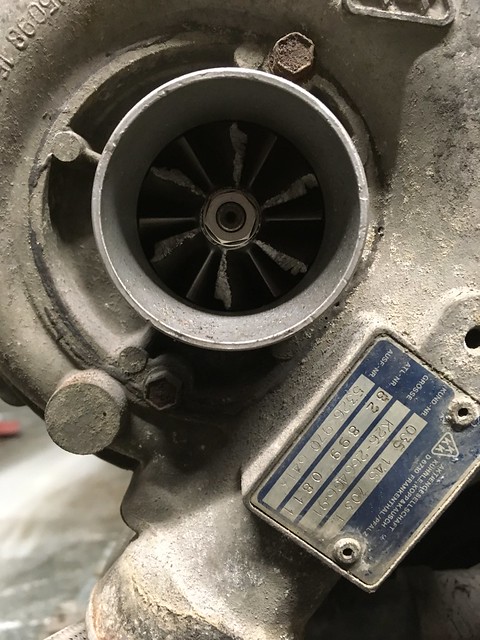 Next week: the rear sub-frame and diff. Look out below!!! 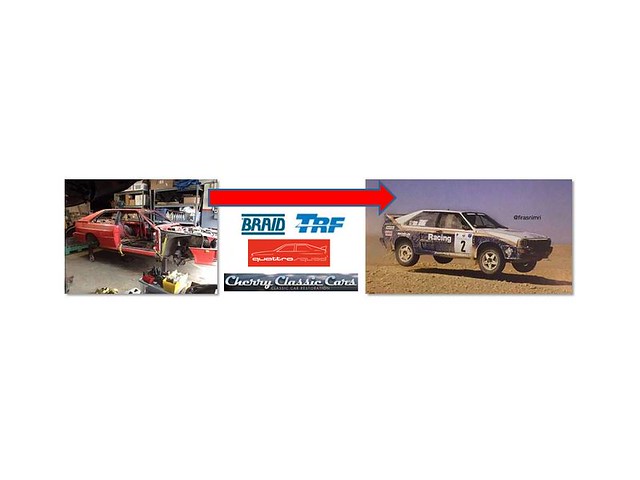