Posted on Nov 09, 2018
Installation was relatively simple as we kept all the hardware. 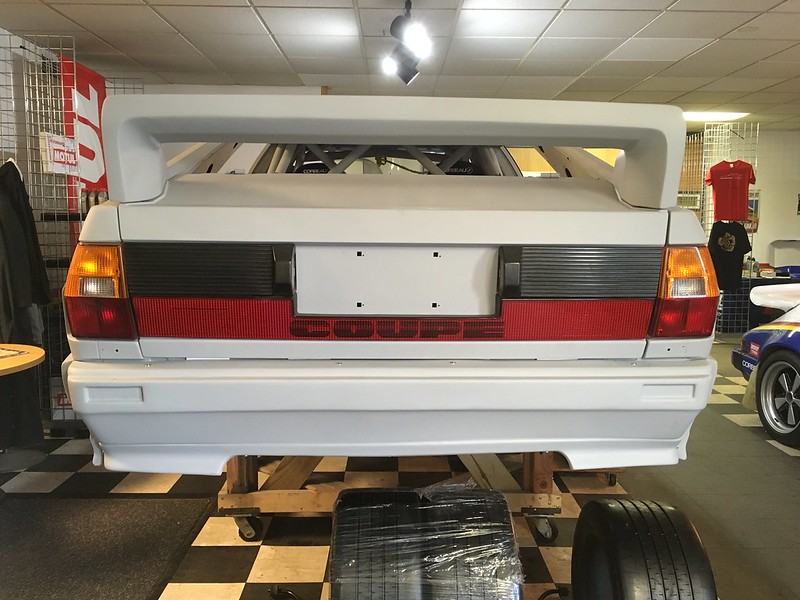 Then we remembered that we also have a broken reflector which we thought would be better used on this car rather than the pristine one that came off it as we are going to be wrapping it anyway a la Rothmans livery: 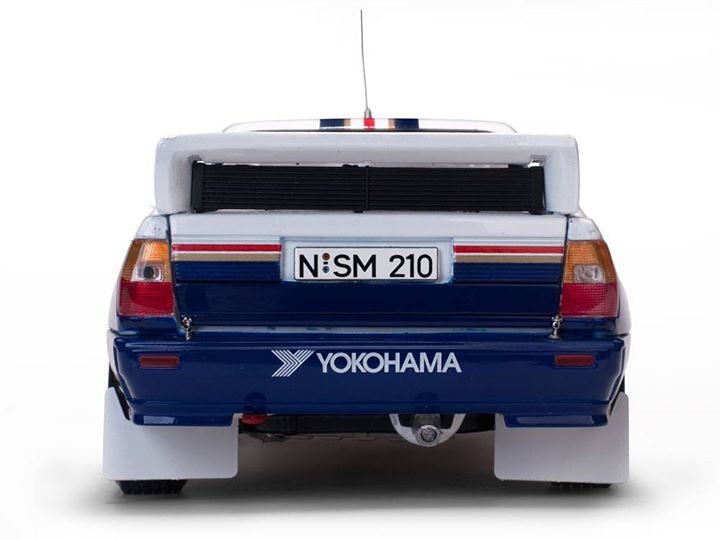 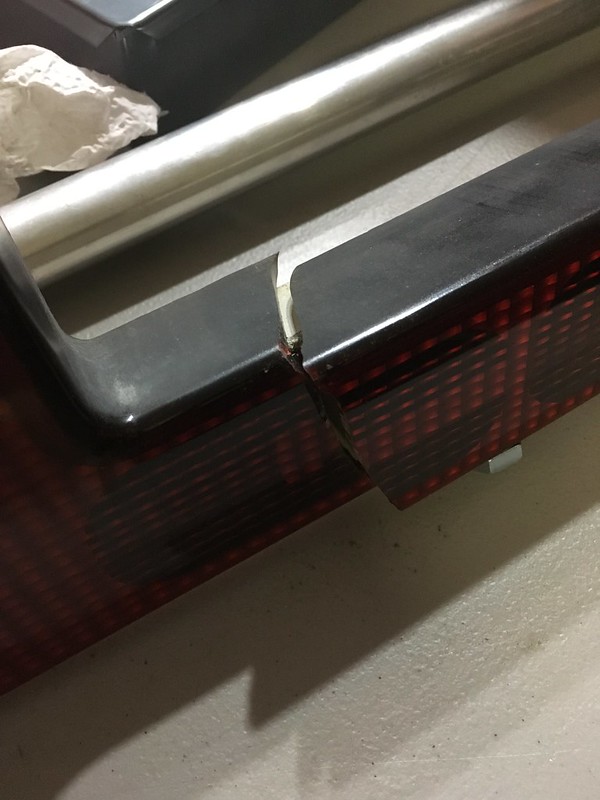 But how to fix the crack? It can be unsightly but has to be smooth as any hint of a crack will show up through the vinyl film. Fortunately one of our guys has a lot of experience with plastic adhesive and managed a nearly invisible repair. 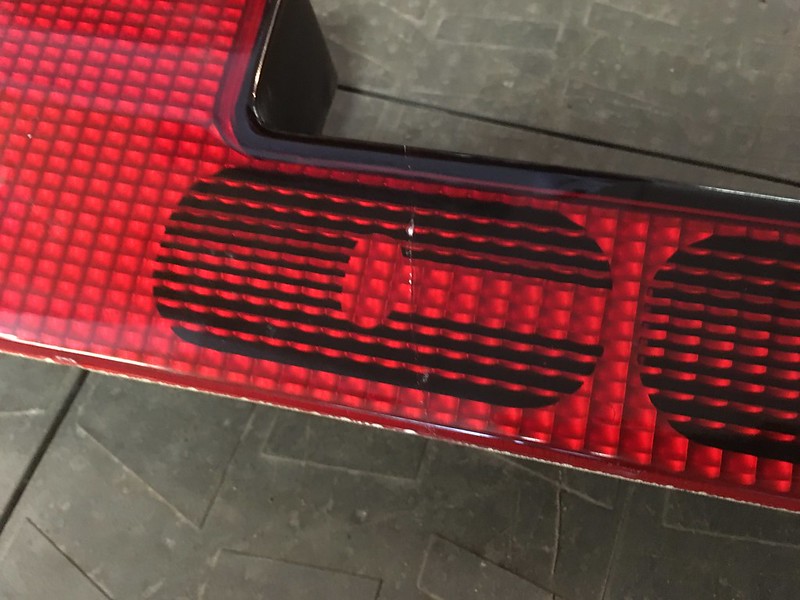 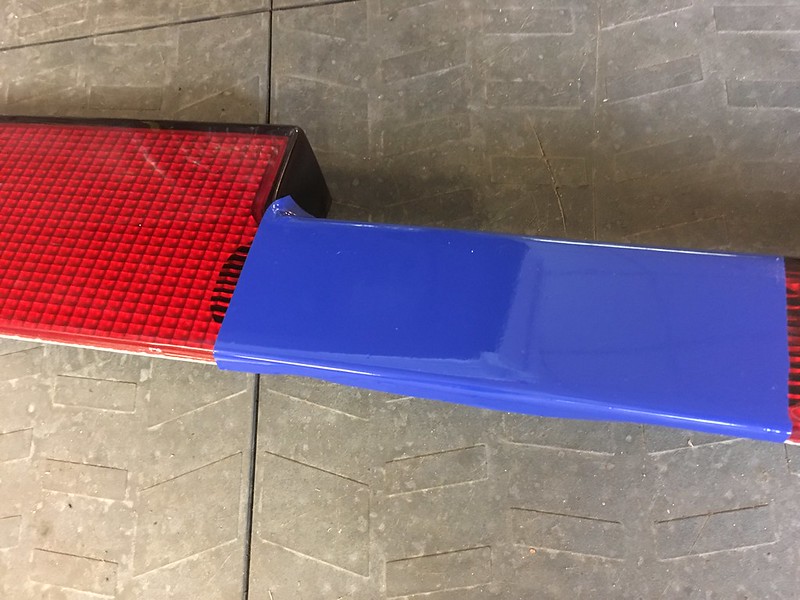 Now we have to figure out how to wrap the black side pieces. As they have horizontal grooves running along their lengths they won't take vinyl very well. We could try to paint them but it might not match the vinyl and we'd be ruining a set. We have considered filling the grooves with body filler and sanding them flat. That would wrap easily but we'd still be ruining a set. Currently considering making new filler panels. Fortunately we don't have to decide for a while though.

(BULKHEAD)
More rear of the car projects. Another piece (two actually) that would be better stored in the car is the rear bulkhead. It comes in two parts: a lower and an upper. The upper part is essentially a parcel shelf as it is mostly horizontal but is definitely not flat. No parcels will be stored here. We think this will be just a test fit as it may be in and out a lot in the course of the build, though it will be going to paint with it fully installed. It will definitely need to come out to allow us to clean up the aperture edges. Looks like that was cut with a torch.

Both pieces clearly needed to go through the side window openings. The lower panel fell into place without much trouble. 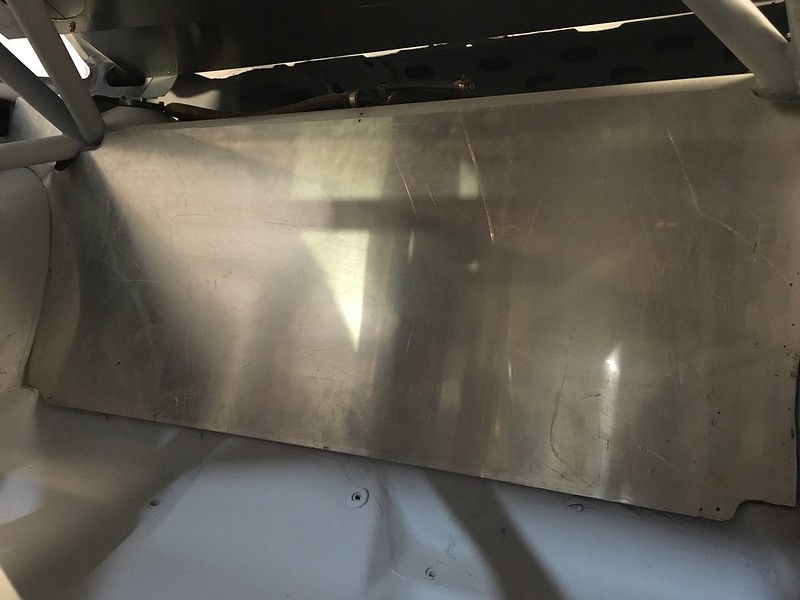 But the upper one fought us hard. We even called the cage builder and the body shop; the last people to mess with it but they couldn't remember how they did it. At least we now had the confidence to know that it does fit so we continued to jiggle it around and look for a way in. This seemed like the way it wanted to go but it wouldn't slide any further back. 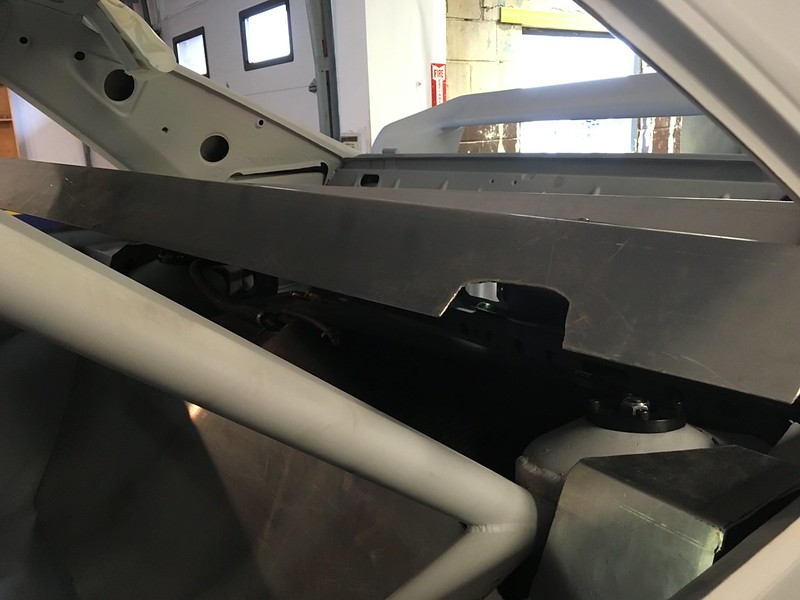 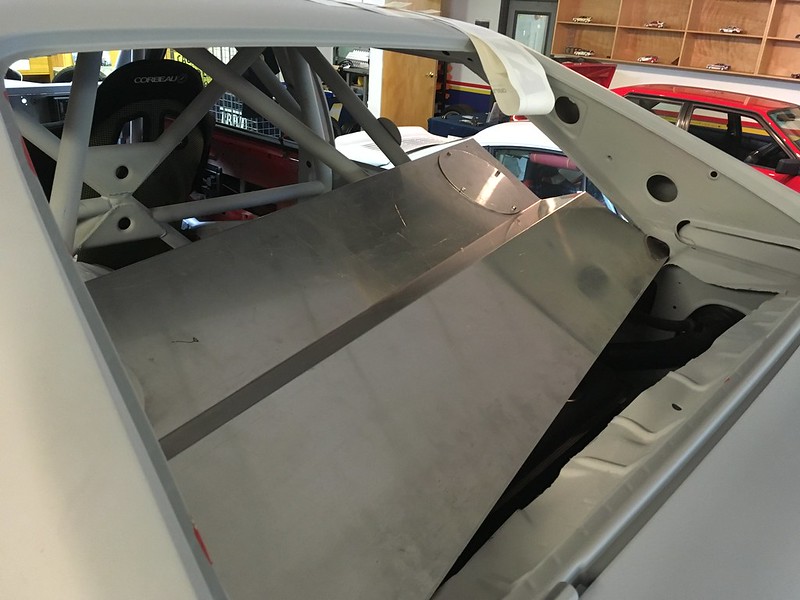 Eventually we sort of curved it as we slid it down the cage bars and then it fit nice and snug. 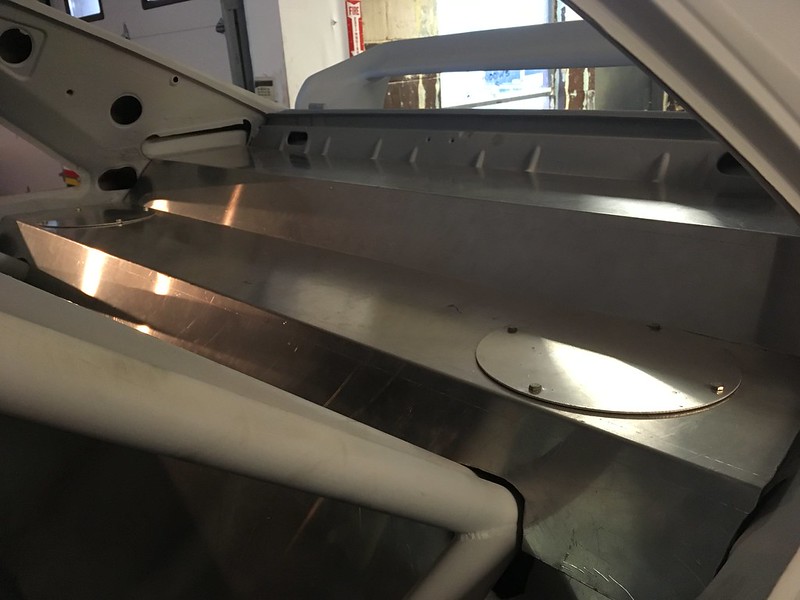 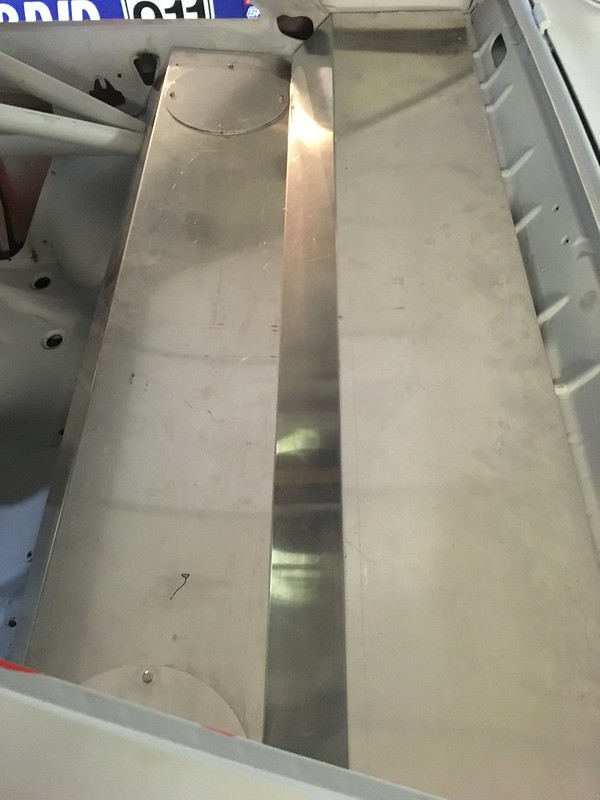 Now we have to get it out again!

(DASH)
Work continues on the dash, bit by bit. We bought an old rally computer that came off a Rothmans car in the middle east. It has no internal parts but we have another one that does and that may find its way into the car eventually. For now this one is easier to install. 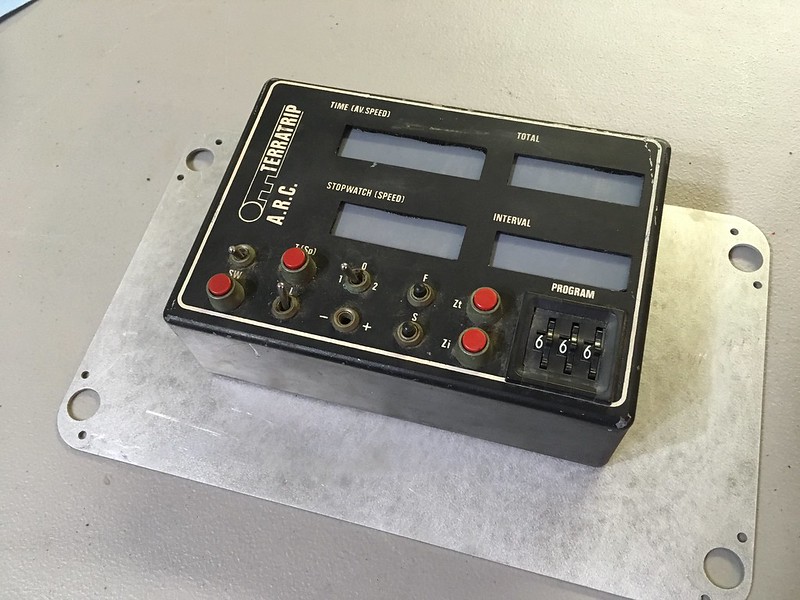 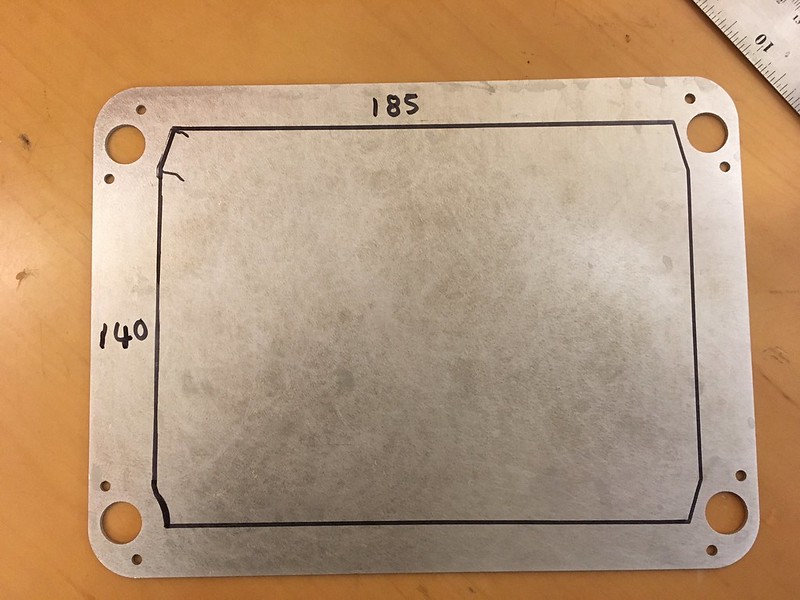 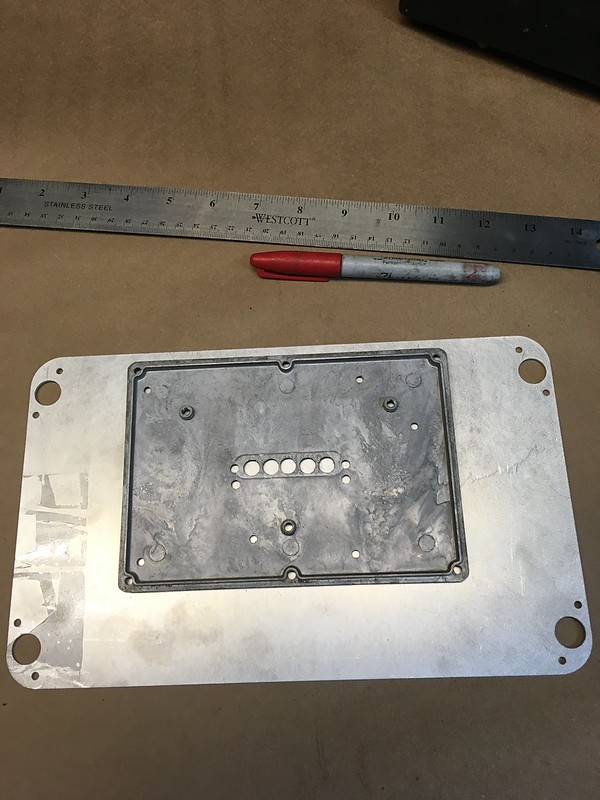 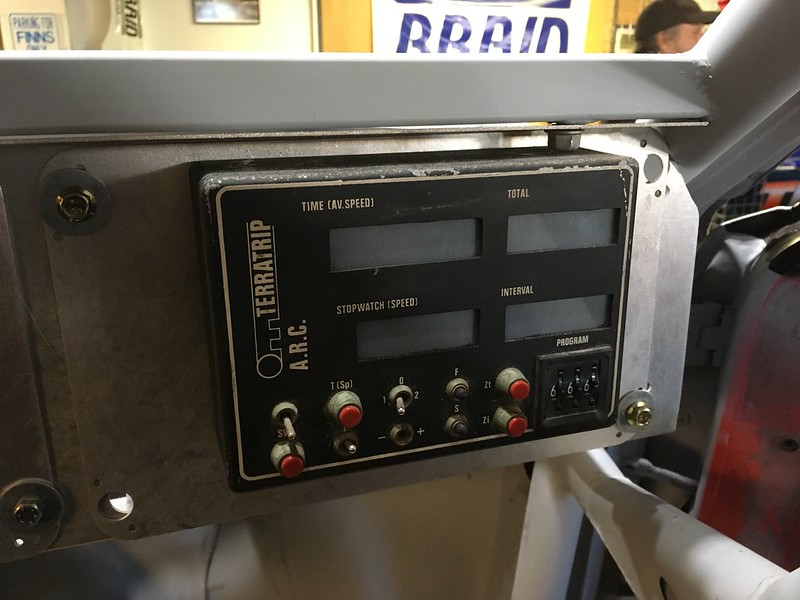 Then we thought we'd have some fun.

We just need to repaint one of the 911s and get a Rothmans Quattro model (on order) and we'll have a perfect set!

FUEL TANK
While we seem to be working on the rear of the car we thought we'd throw in the fuel tank. It's big and takes up a lot of space on the parts shelf. What more rationalization do you need. Oh, we also want to see where the fuels lines exit the trunk area so we can figure out where to locate lines, pumps and filters etc. 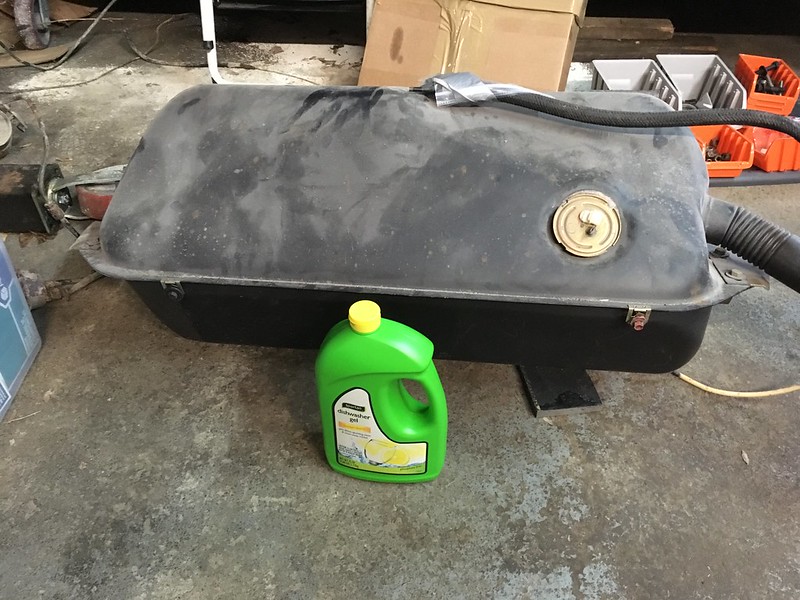 It was a bit awkward to wrestle into location, but soon cooperated. 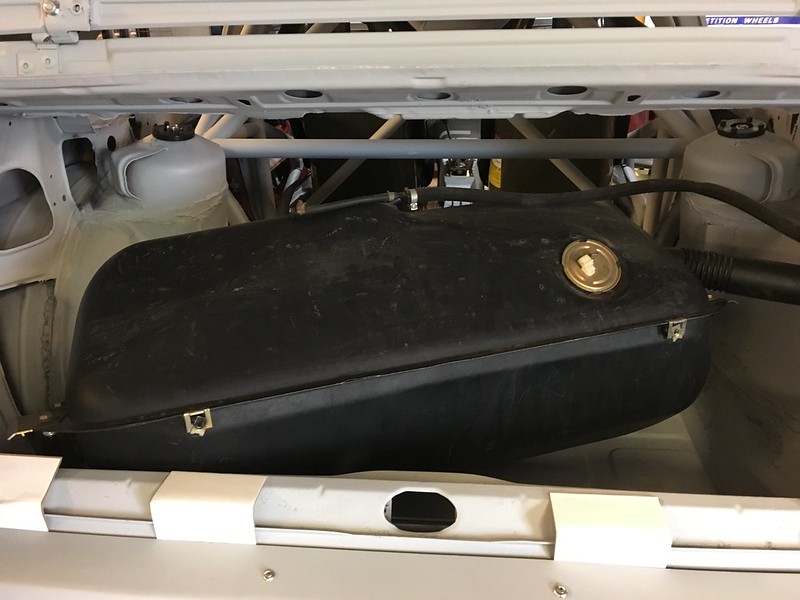 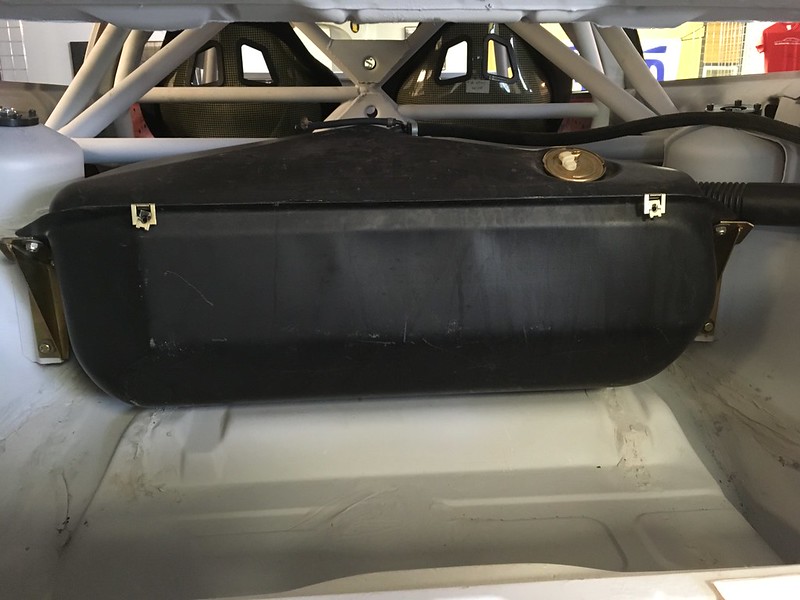 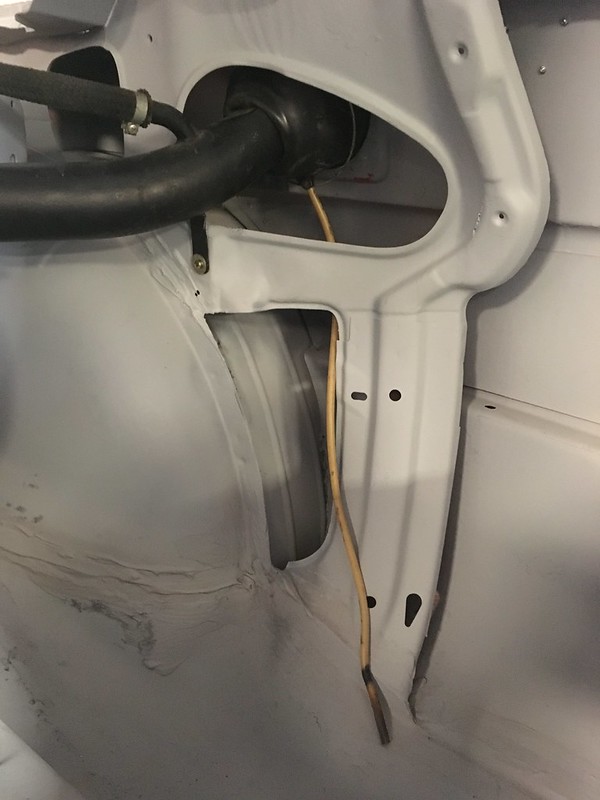 The fuel lines protrude through the trunk floor. Perhaps we can extended them through the lower rear bulkhead and mount the fuel pump/s in the cabin.