Home» Quattro Rally Build» Out of Storage & Into the NEW Workshop

Out of Storage & Into the NEW Workshop

So after we took that deep breath in the last update we stood back and assessed where we are in the project and found a great way to shrink our to do list: put it on a photocopier and hit REDUCE. 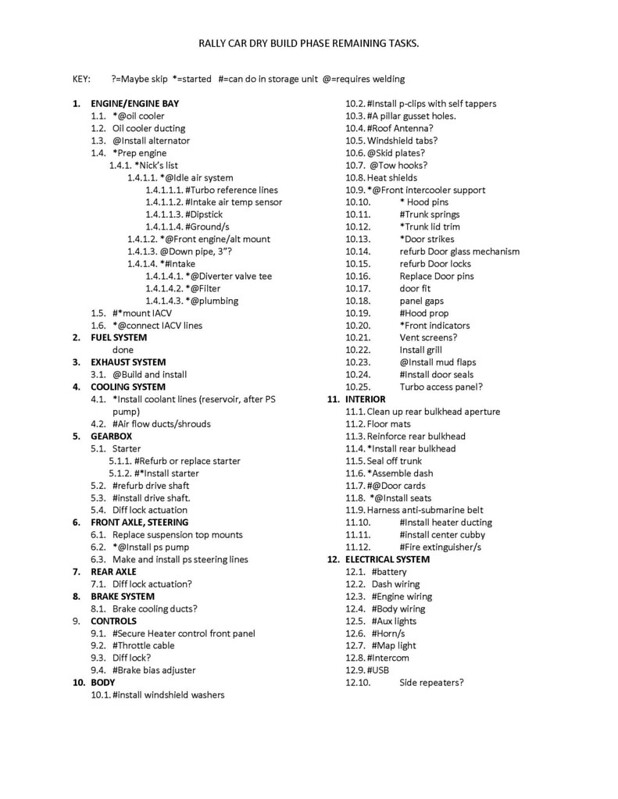 Kidding aside, we have got it down rather a lot but it’s still quite daunting to think about what’s still in front of us. And this is just the dry build phase! Still, Press On Regardless, as they say.

We have moved the car out of the storage unit now so that is a good thing. It was fun seeing what we could achieve in there but towards the end we were getting frustrated and running out of worthwhile things to do. Here it is looking resplendent in its new surroundings. 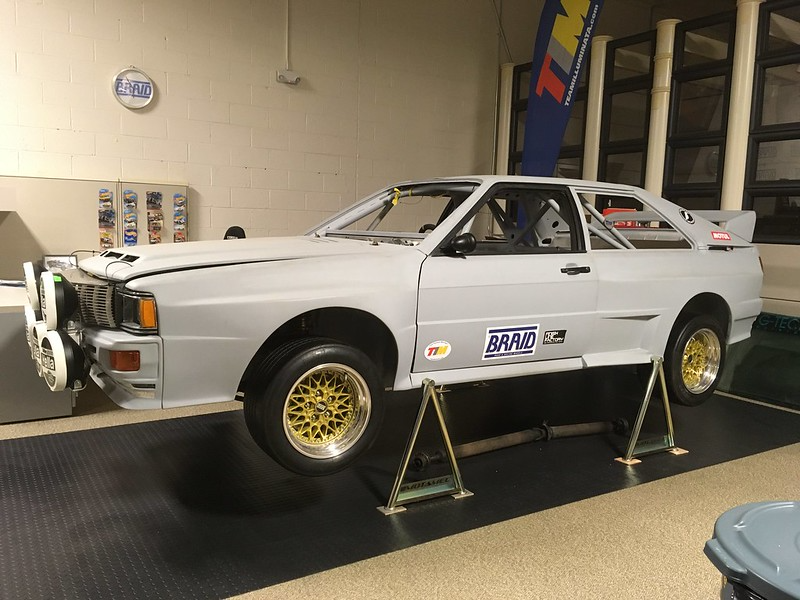 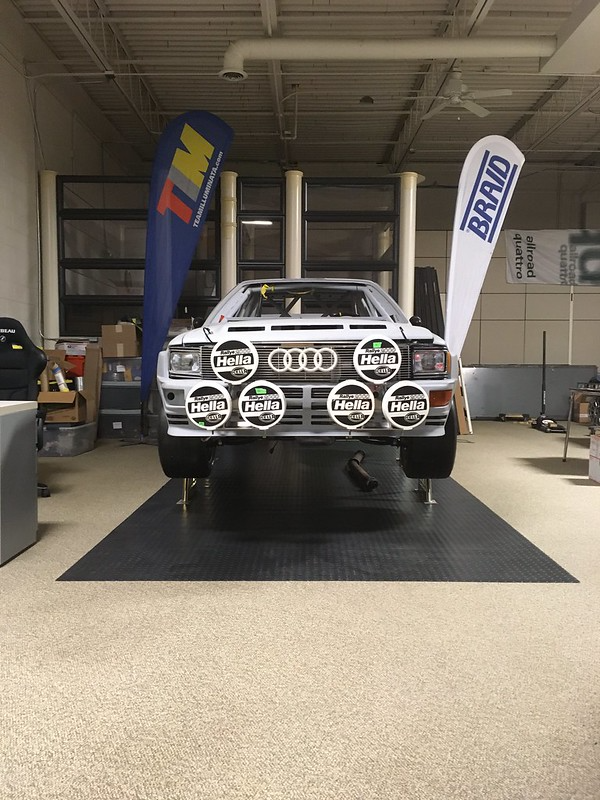 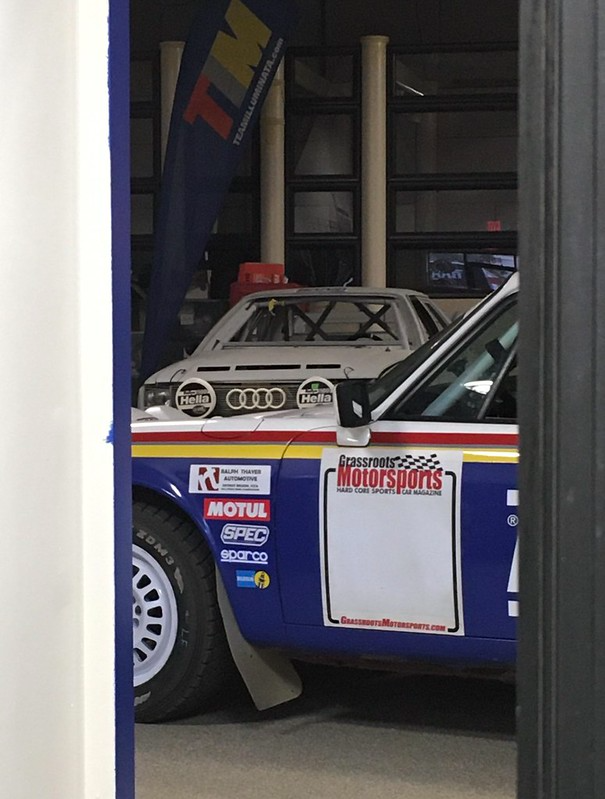 We didn’t waste much time cracking on once we got it in the new building. Admittedly we did start with some trivial jobs. First order of business, get the hood prop installed. Because we could. 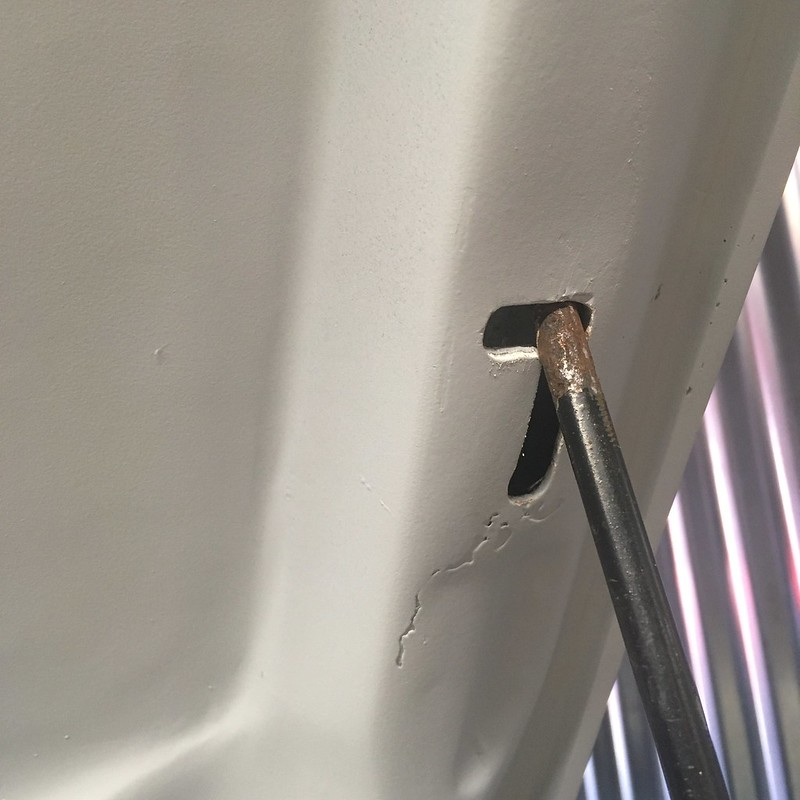 Then we made a bracket for the idle air control valve and installed that. 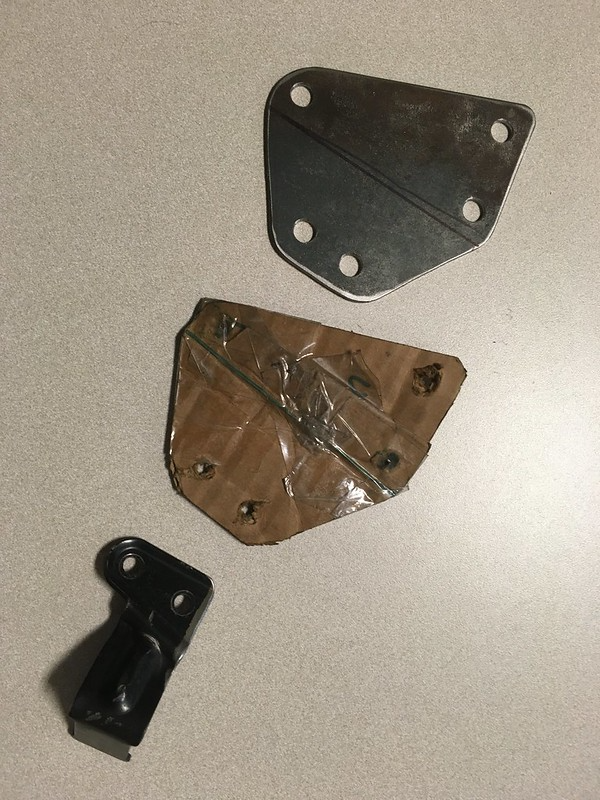 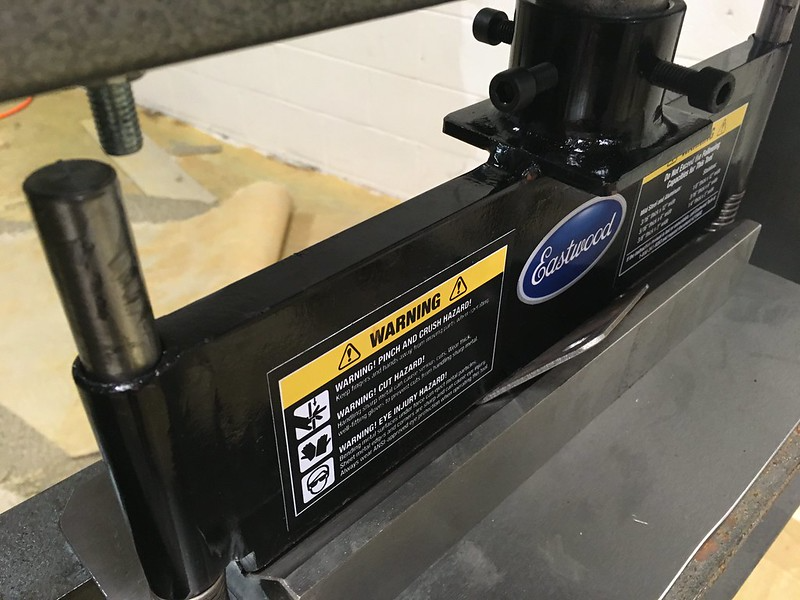 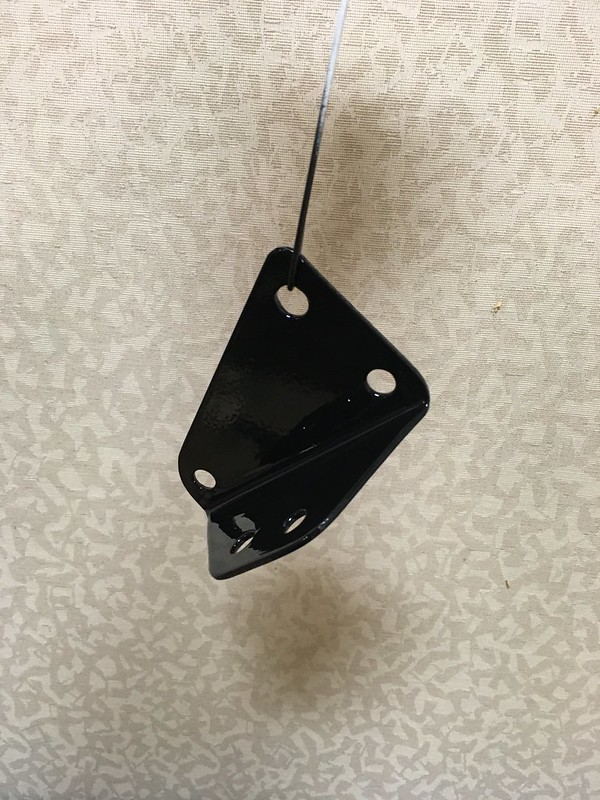 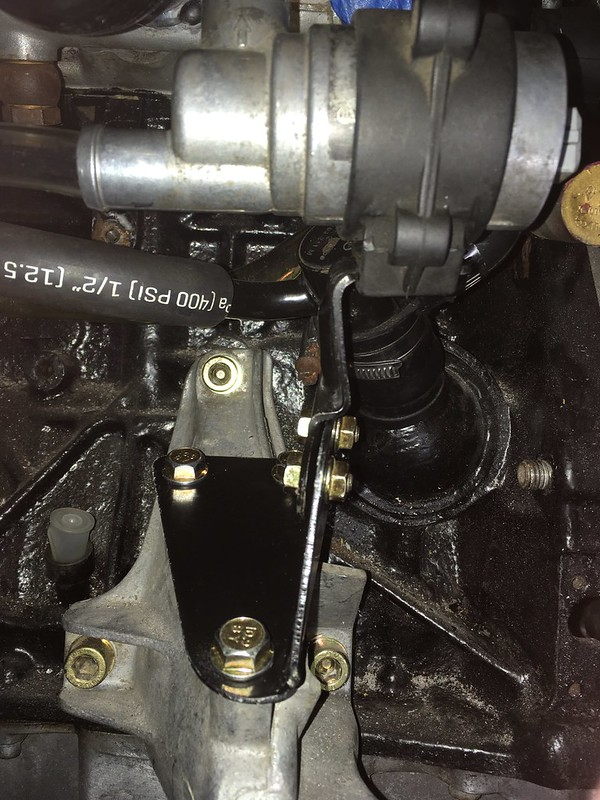 We also managed a couple of other trivial but satisfying installs this week. The right turn signal lens and dip stick are now in! 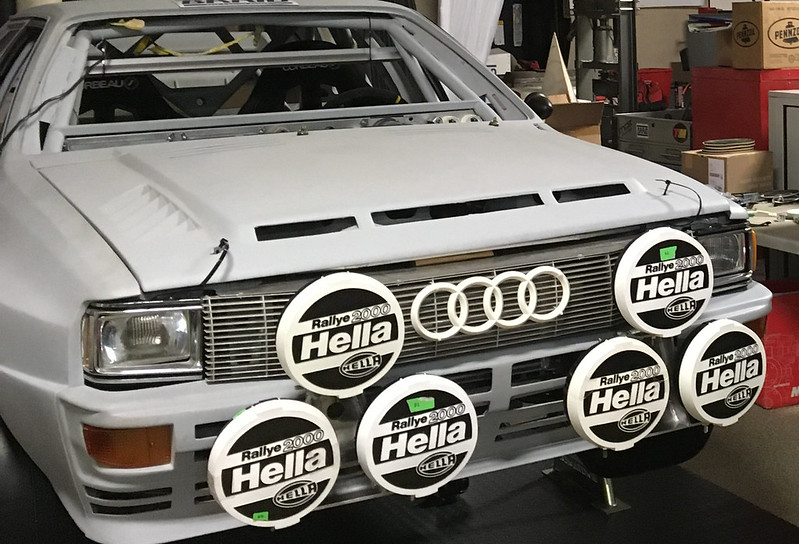 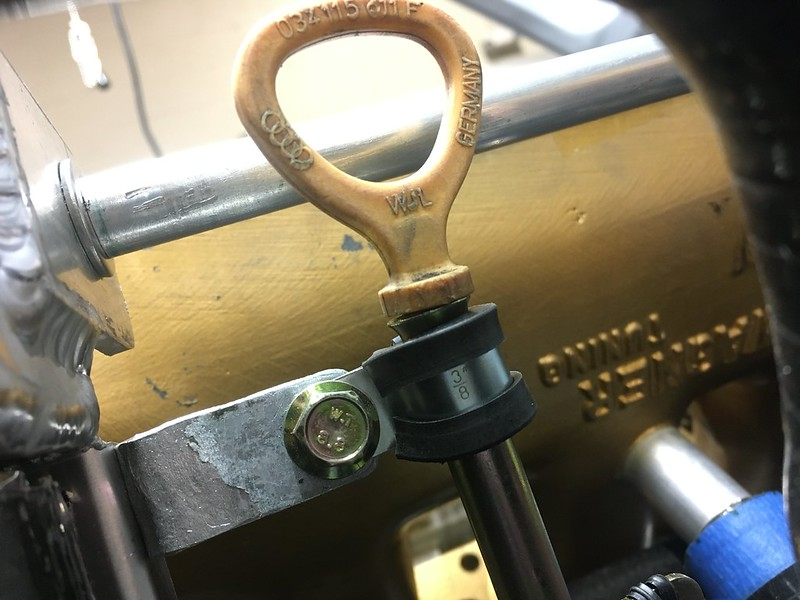 Next we went through the car and installed p-clips on all the brake lines and fuel lines we’d put in it. These were temporarily secured with self-tapping screws but will later be replaced with threaded inserts, after paint. Remember, many of these lines are temporary as well. 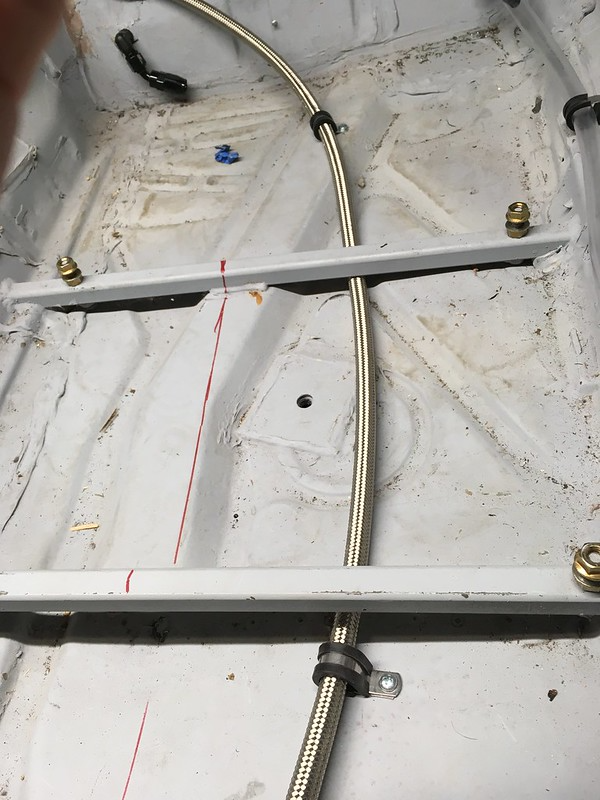 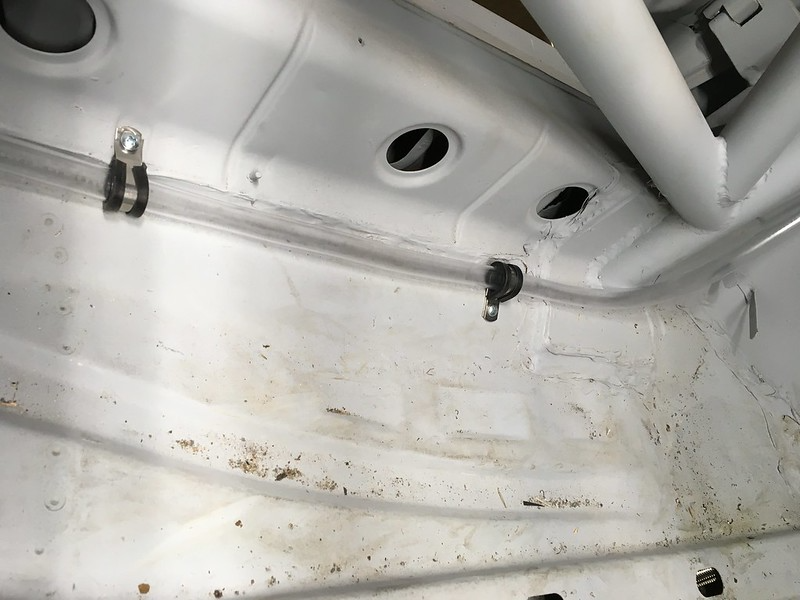 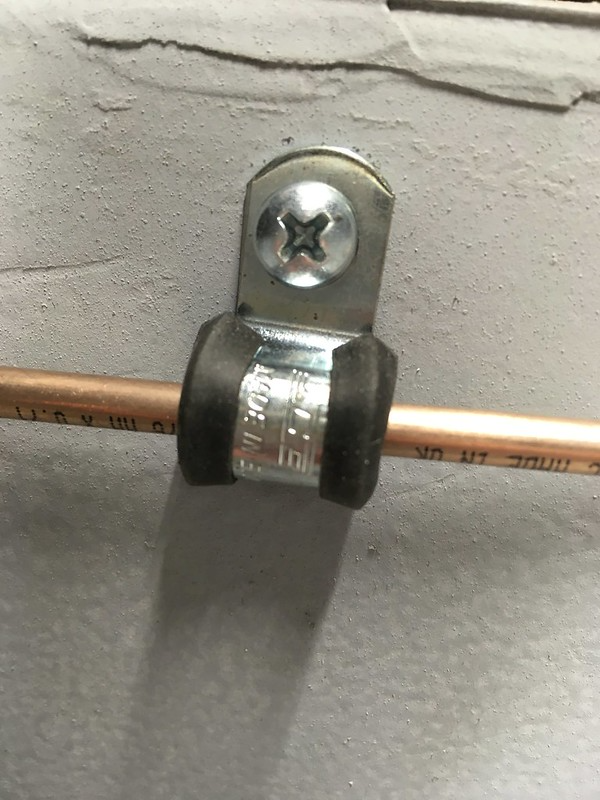 We told you it wasn’t going to be very exciting. We saved that stuff for the next update, we promise.