Two weeks of progress to report! We didn't get much accomplished last week as we had a very special visitor in the form of Paul Ritchie, former head of Porsche Motorsport and Porsche Engineering. Needless to say there was much conversation and much left over pizza as everyone was too bust talking to chew. 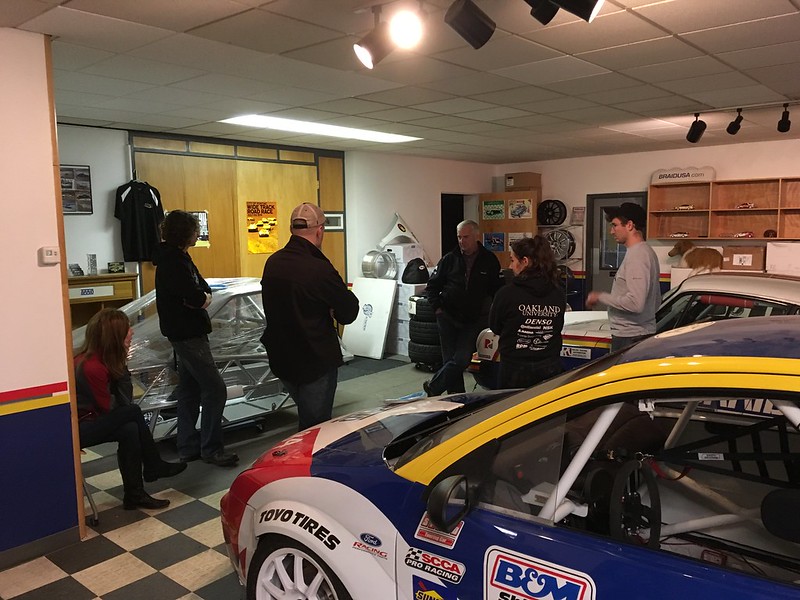 We did discover that 12 year old gasoline will dissolve a plastic cup! 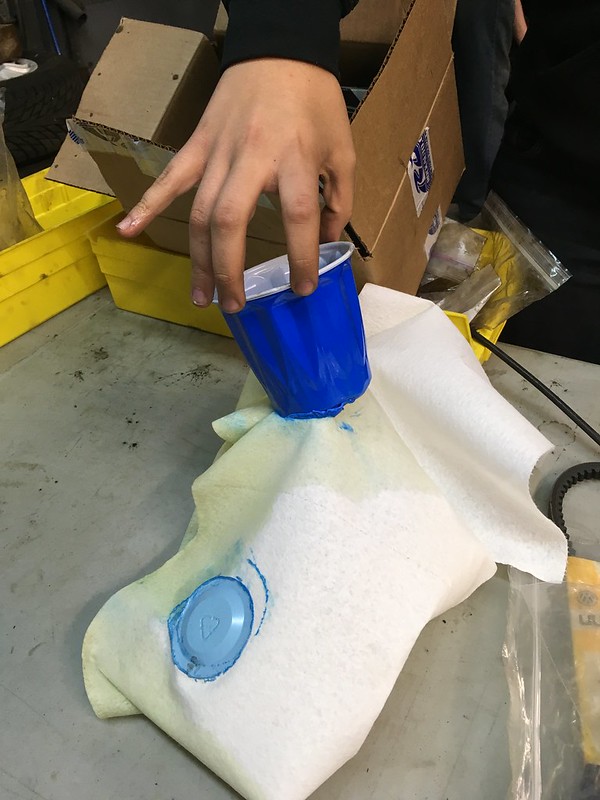 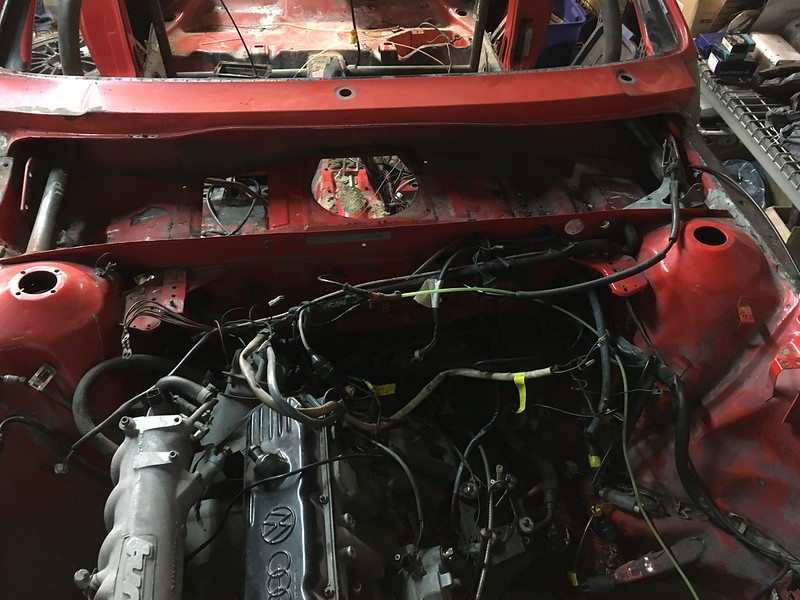 and stuff as much weight in the back of the car 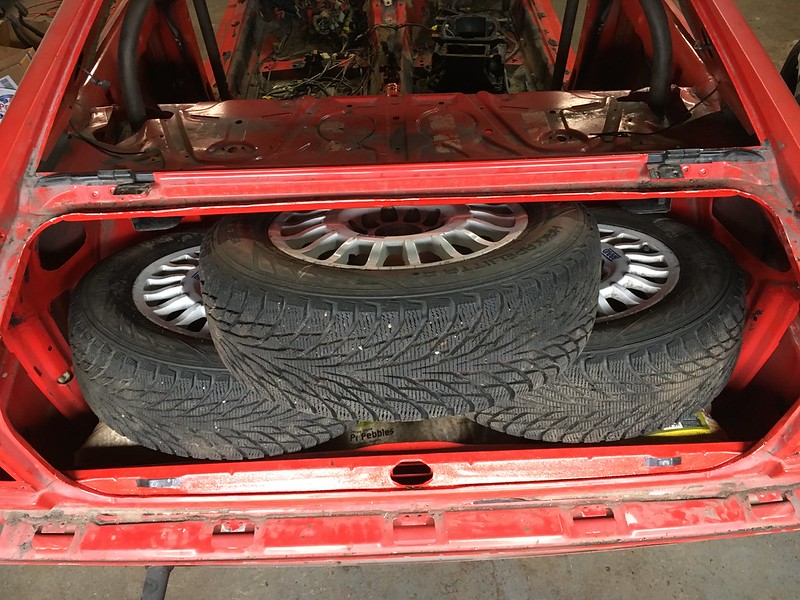 in anticipation of moving the car from the table where it has sat for the last twelve years to the host. I tricky endeavor as the hoist has a center post so we couldn't just wheel it over the hoist and lift it up. We settled on jacking the front just off the table and sitting the sub-frames on jack stands then moving the jacks to the rear to jack that end off the table. 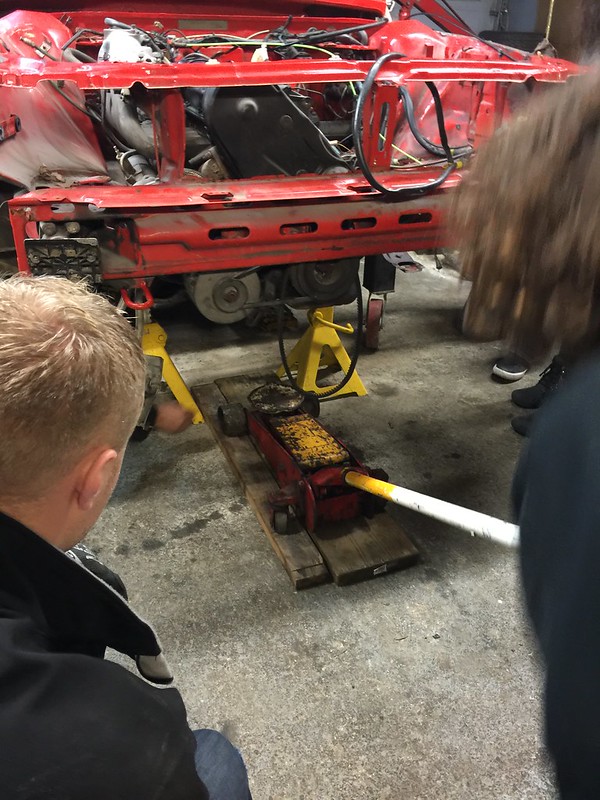 Once it was elevated we carefully rolled the table out from under the car and smartly brought the hoist pads into contact with the jacking points and BOOM! The car was on the hoist! 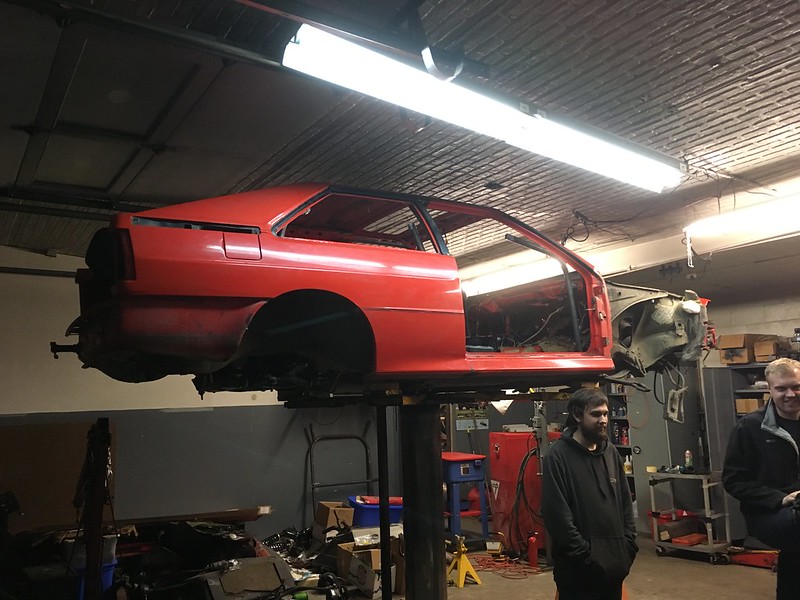 Our goal now is to remove everything from the underside of the car starting with the front sub-frame, engine and transmission as it is rather nose heavy at the moment. This is the first time we have really been able to get a good look at the underside of the car. The body looks to be remarkably rust free except for two spots but the fuel supply components have not fared so well. All to be replaced anyway so no concern. Just hope all the fasteners cooperate. 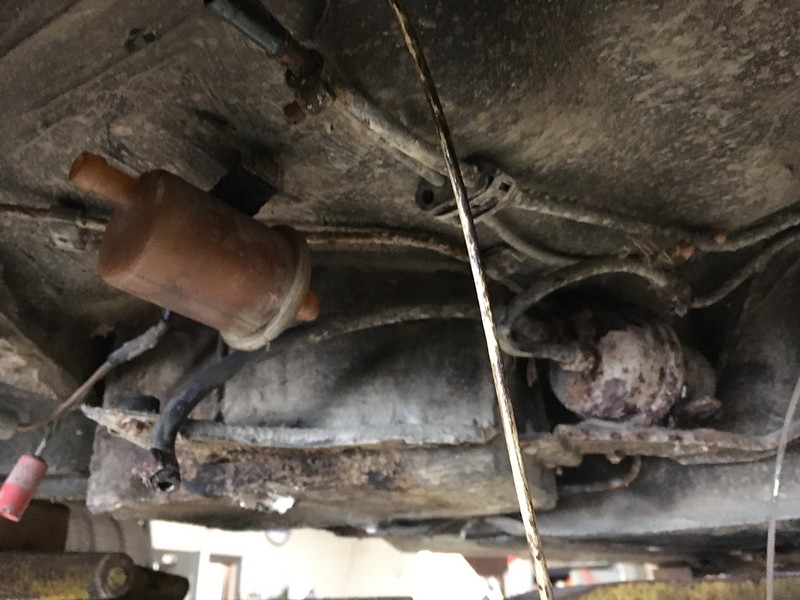 We don't think we should put it back on here. It's just too long and gets in the way of the suspension. 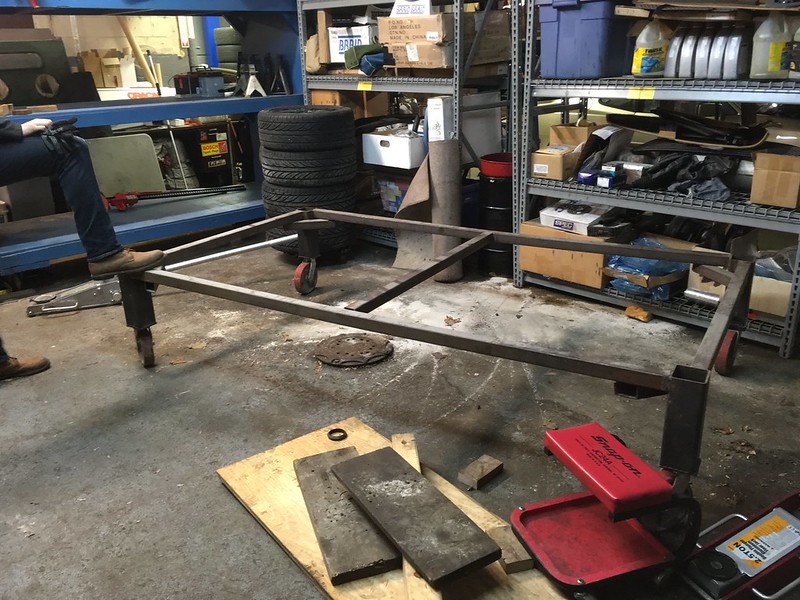 Excited by the leap forward Matt decided he wanted to get a lift too. I think we'll call him Jack. 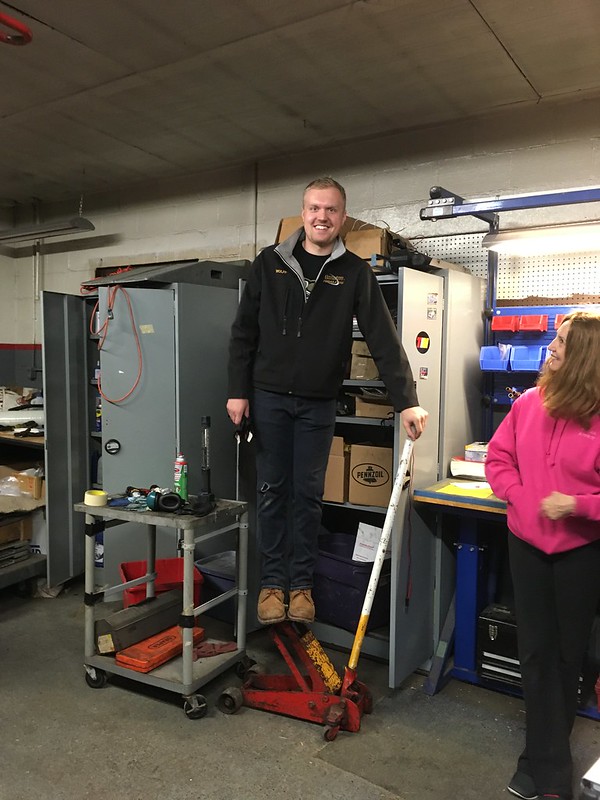