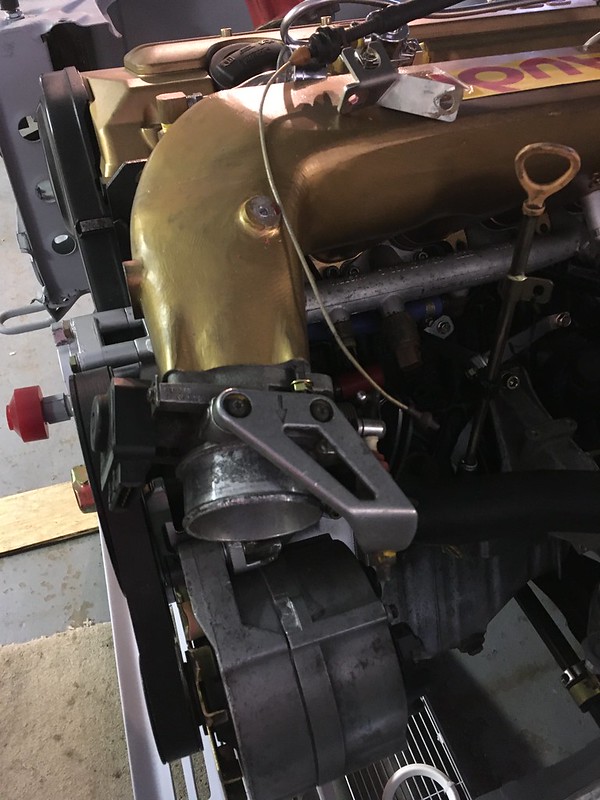 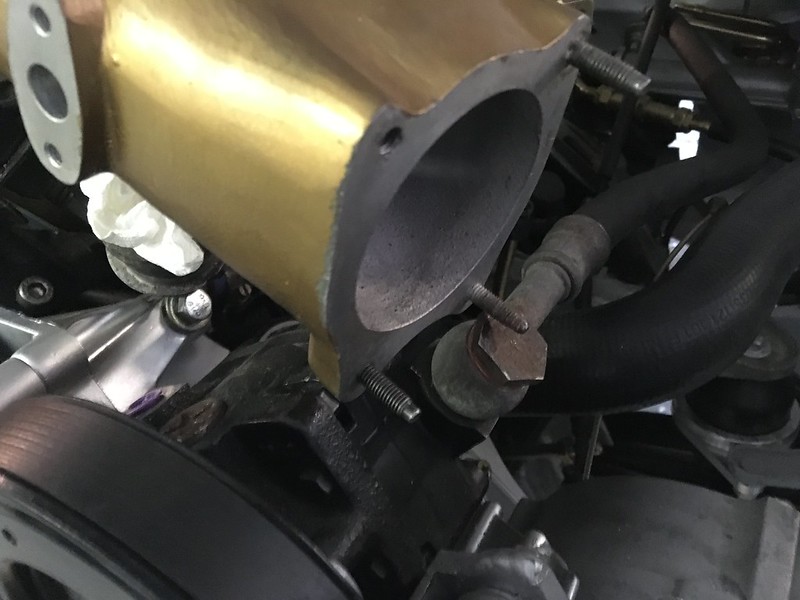 Certainly, if we remove the power steering pump from the equation it creates some room but we are then left with an alternator stuck way out in front of the radiator and without much triangulation for the belt and no free length for the tensioner to push on. Maybe we should convert the power steering pump bracket to a second idler. 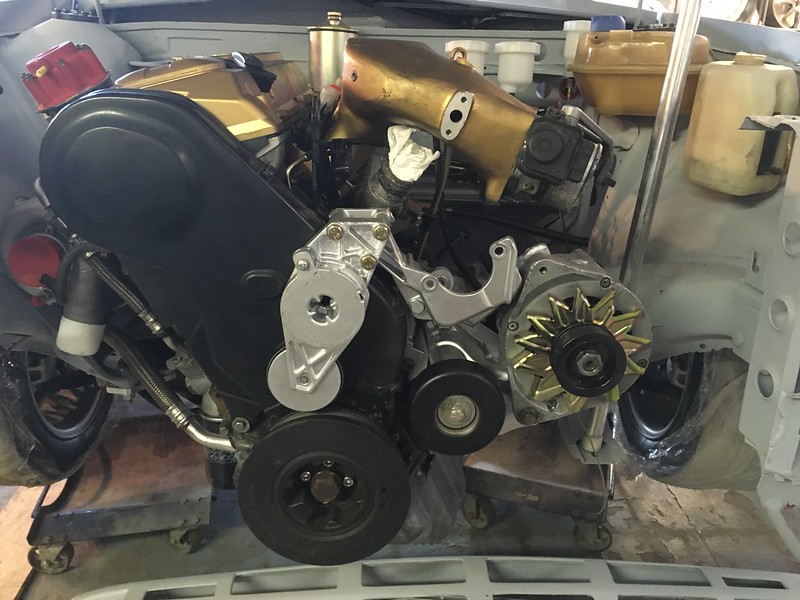 Another problem came up though: we can't seem to find a replacement alternator with the 200 amps or so we think we are going to need to power the six driving lamps and everything else.

So now we have no power steering pump, no alternator and a throttle body that's held on with one bolt! What should we do? Well we think we have an elegant a solution. Firstly, why not use an electric power steering pump? They are readily available used from a variety of cars including Volvos, Toyotas etc. They can be mounted almost anywhere you can get lines and wires too as they obviously do not need a belt to drive them. They will also work even when the engine is not running which might be useful around the shop or if the engine blows up mid stage. Here’s an example of a Volvo unit. 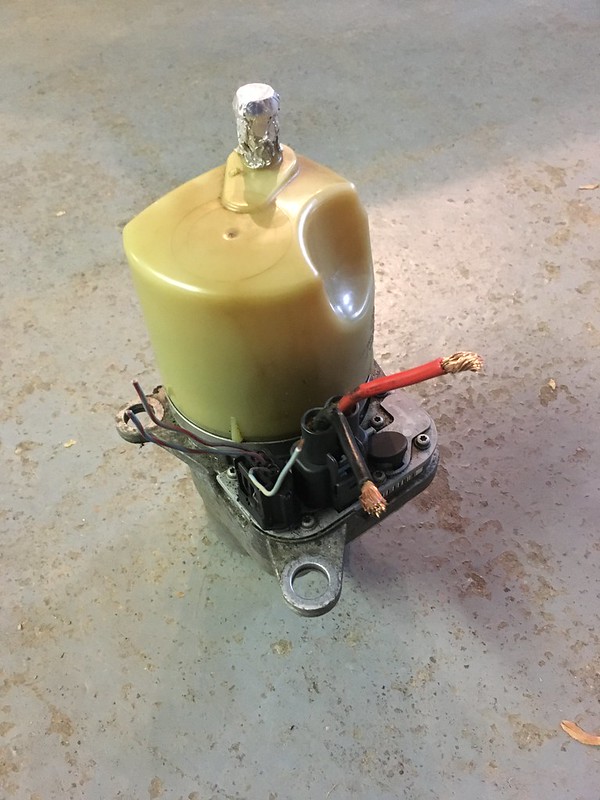 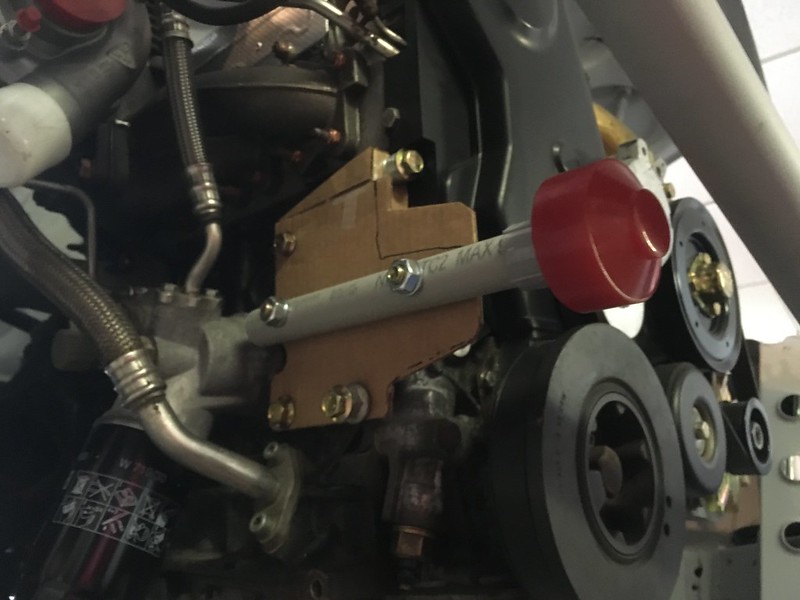 These two solutions, if possible, will then result in us having only an intercooler outlet pipe in front of the radiator which can’t be a bad thing for cooling air flow, right?

Subscribe to find out if any of these work out or if we go back to the drawing board.