The Road to Radwood Detroit - Part 2

We thought we should mount the transmission as well as the engine only has two engine mounts. We figured the whole package would be much more stable mounted together. We don’t yet have a flywheel or a clutch but neither of those are necessary just to bolt the two lumps together. 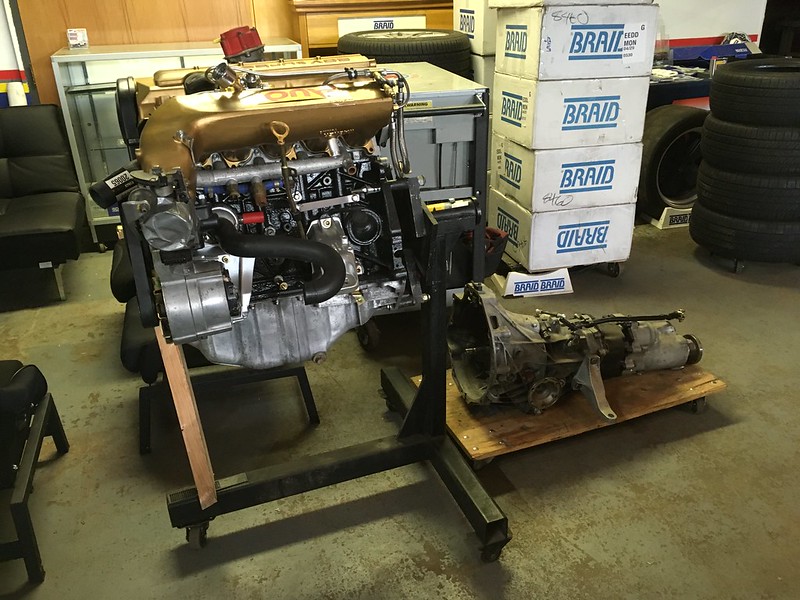 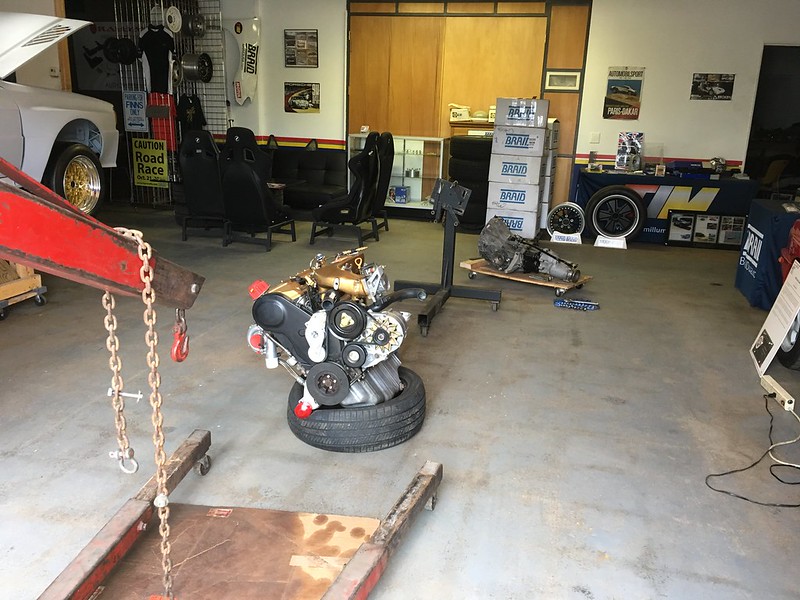 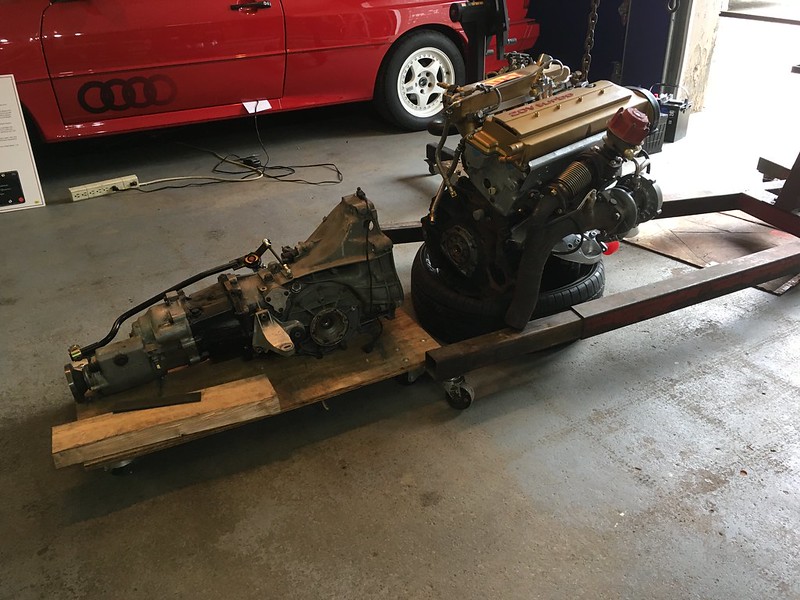 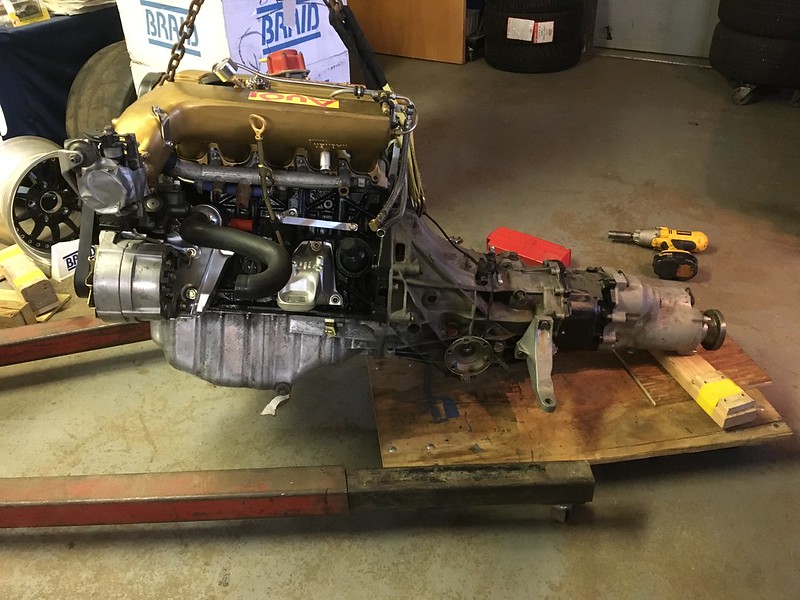 We recently sourced some pin stands from Motamec in England so our plan was to lower the car onto these initially as that would only mean dropping it a few inches. Plus, the screw jacks we planned to use at one end of the car were to long to allow the wheels to reach the ground in one go so it would have to be a two-step process anyway. 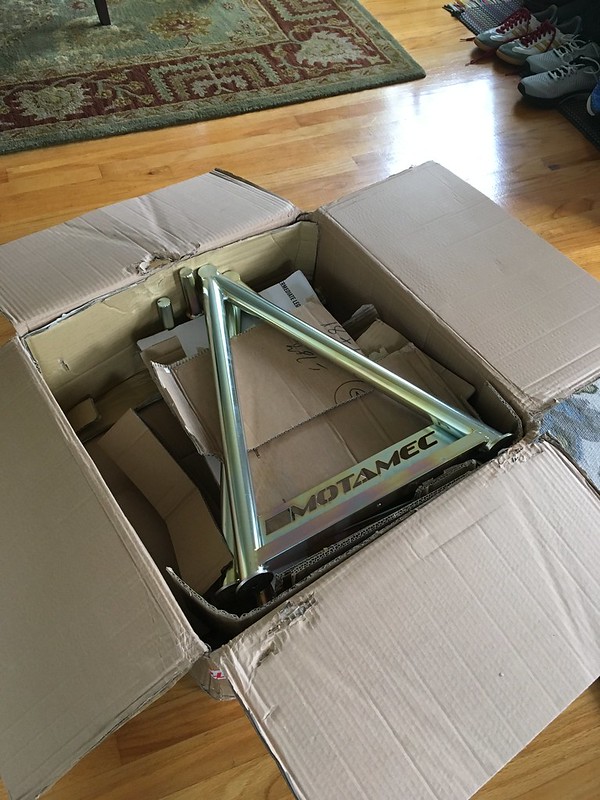 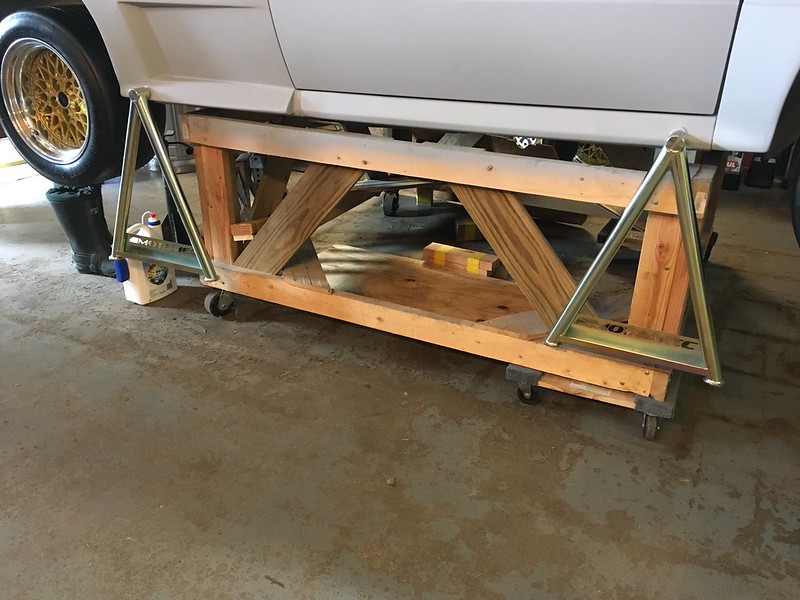 So our plan was to lift the rear using screw jacks on the subframe, as far apart as possible and the front using our engine stand. Once we could slide the table away we would incrementally lower each end of the car onto the pin stands then off those using our high lift jack. This is how it went:

That’s the first time the car has been on the ground in about fifteen years!

Now the easy bit, throw the engine in and put it in the trailer. How hard could that be with no front on the car: 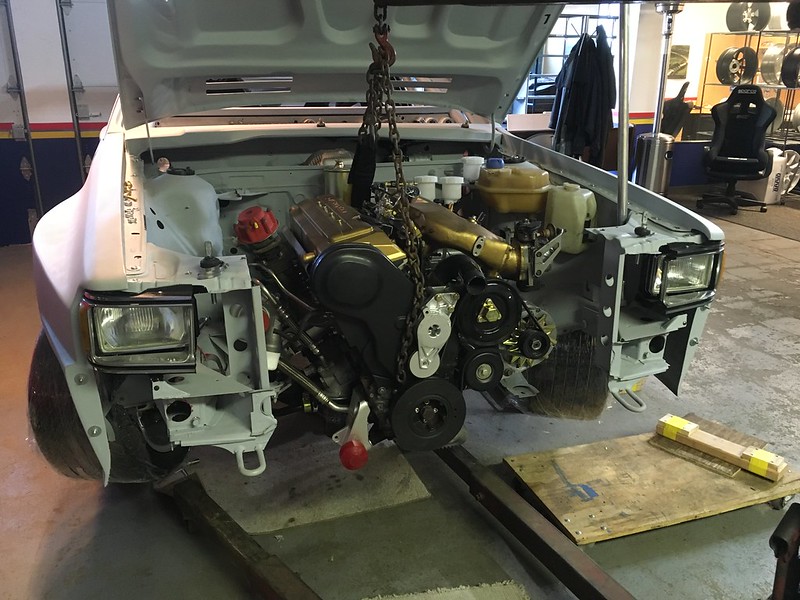 But wait, what? Who knew the AAN engine brackets wouldn’t line up with the Quattro engine mounts? Oops. 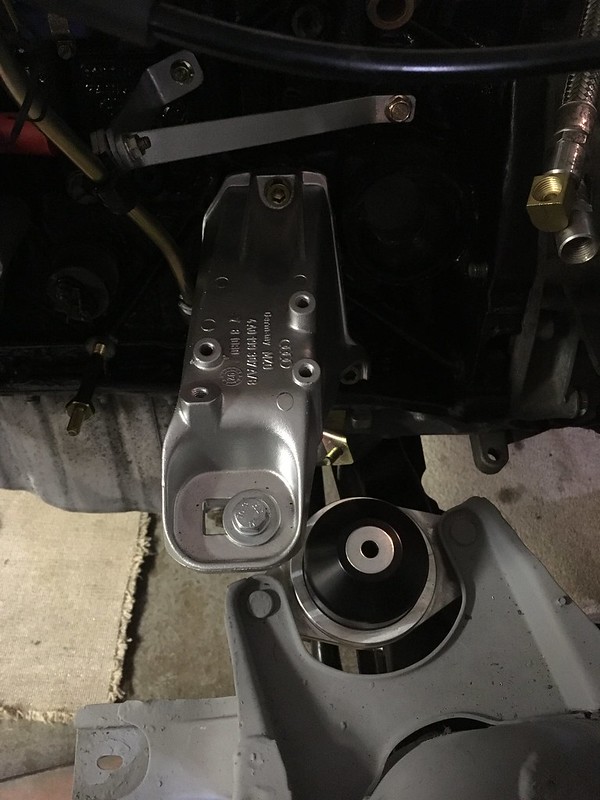 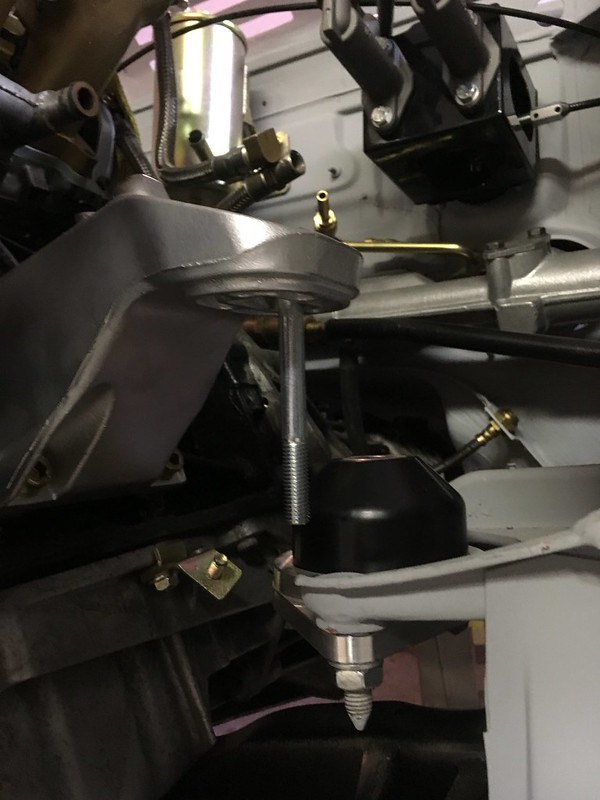 A quick swap to the 10 valve units and we were back in business: 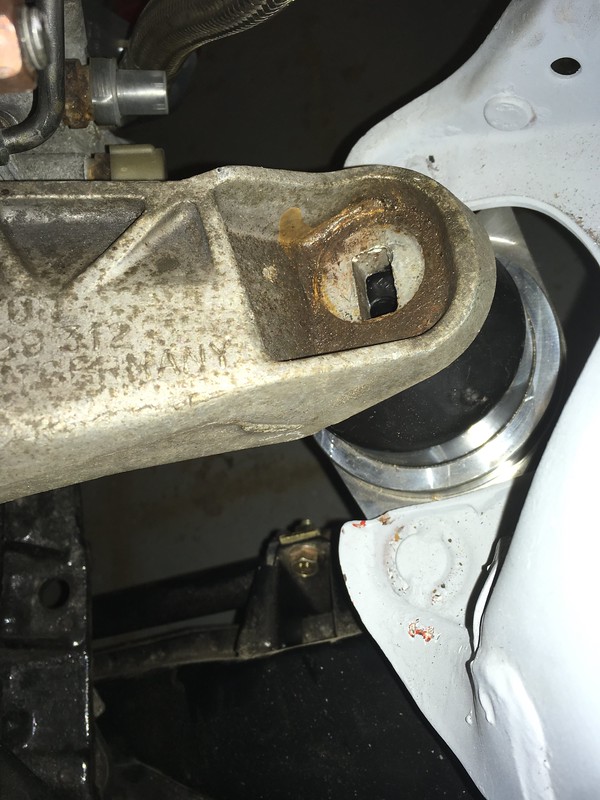 But what’s this? Now the hood won’t close! 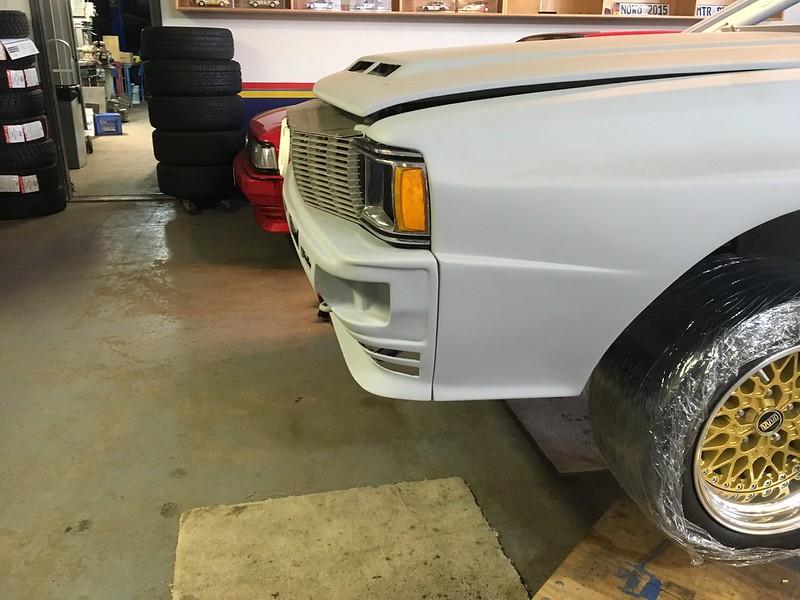 Will we make it to Radwood after all? You’ll have to wait to find out.