Posted on 3 Sep 13:55
While we were waiting for fuel line parts from Finish Line Factory to arrive, we started fishing around for other projects we thought we could accomplish. Because of this we found ourselves contemplating where to put the air filter. The factory cars had it on the cowl with a trick ovalized Kevlar tube feeding cold air to the turbo. While we don’t envisage utilizing that level of technology that area did seem intriguing, not the least because it is a high pressure area for cold outside air and there is a hood vent right above it. We could just stick a cone filter on the end of the intake tube but then it would sit right below the hood vent for the turbo and get rained on. We therefore put this here as a sort of placeholder: 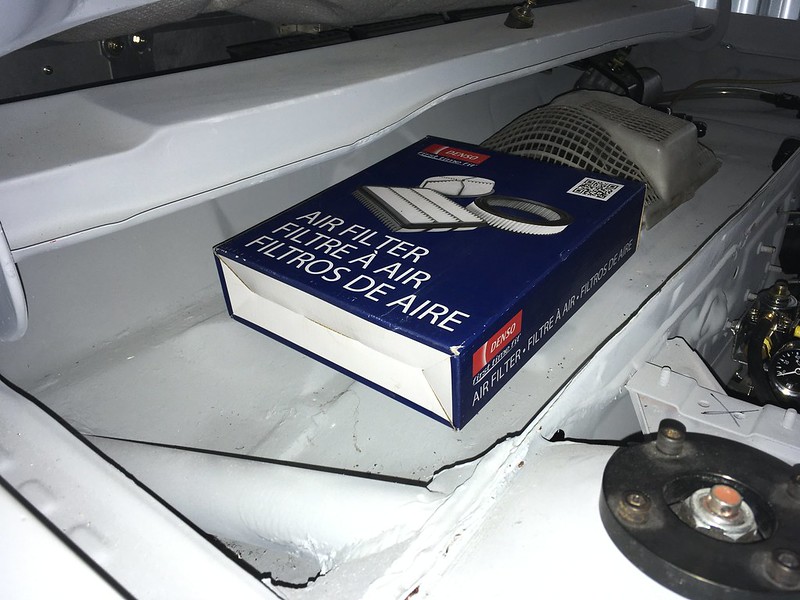 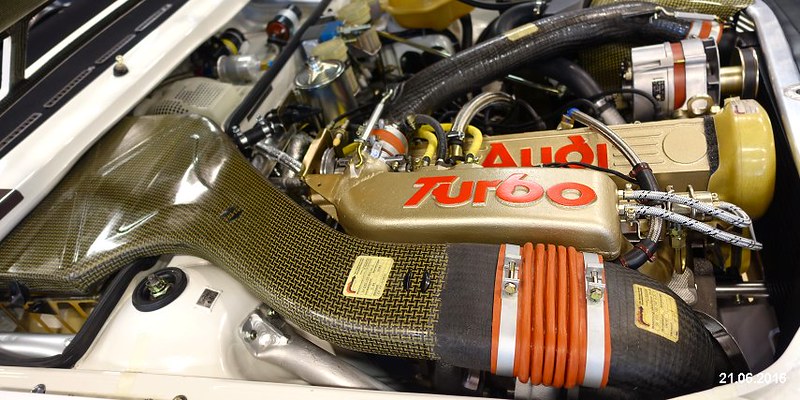 Then we turned our attention to properly fixing the radiator. The works cars used a brace rod from one corner of the radiator to the metal work near the rear corner of the engine bay. We thought we’d do something similar and scrounged up some aluminum tube that looked like a suitable size. We wanted to tap each end but couldn’t access our tap holder so made do in true storage build style: 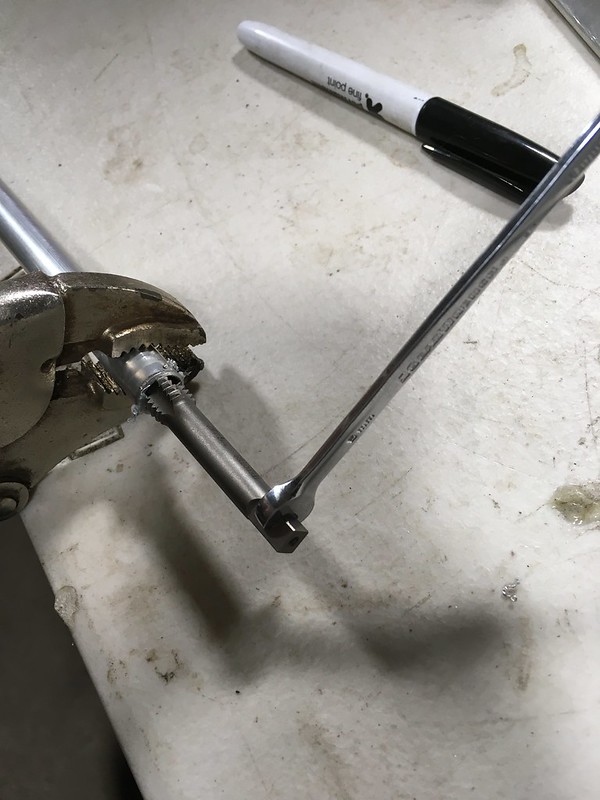 A couple of stainless steel bolts and washers later and this thing isn’t going anywhere: 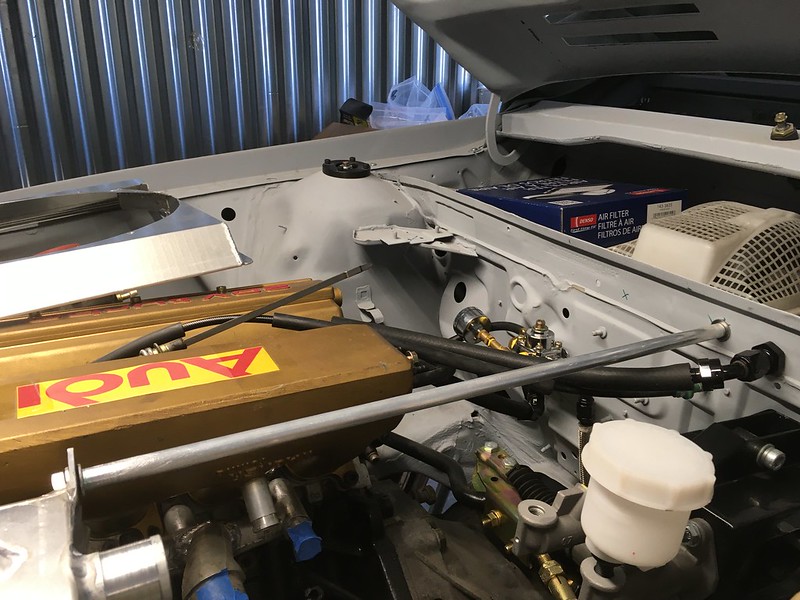 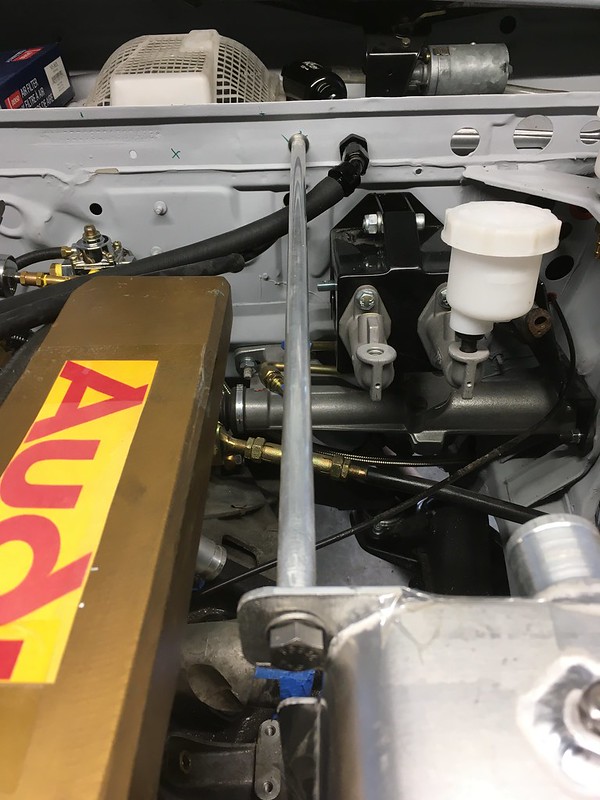 With the radiator in we test fitted the shroud and fan. We had previously determined that the shroud needed clearancing to avoid the frame rail because we added the shroud as an afterthought at the last minute. We now realized that the fan would also hit the frame rail if we mounted it on the modified shroud. DOH! Perhaps a shroud isn’t necessary after all. We don’t think we’ll use those through the core plastic ties though; unless we can’t come up with something more mechanical. 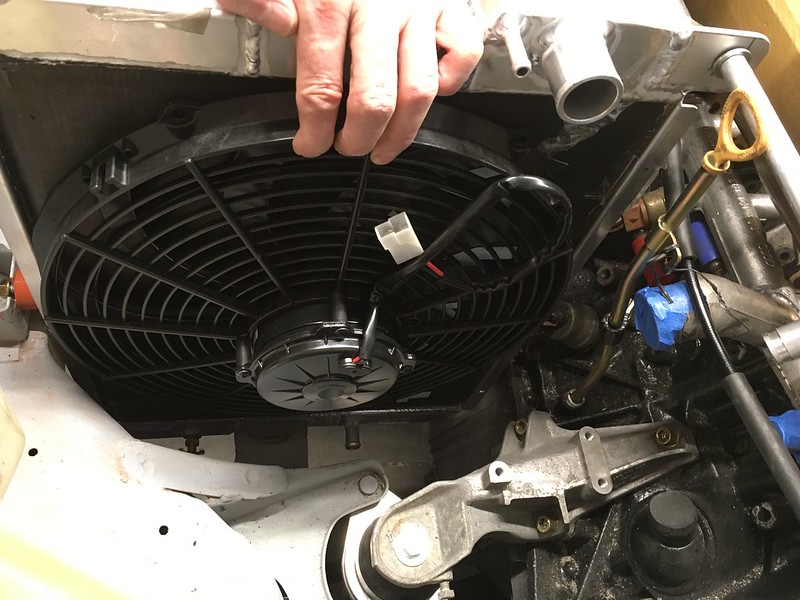 Thwarted again we really needed a victory so we turned our attention to the brake lines. We already planned the system out and had purchased almost everything we thought we’d need. 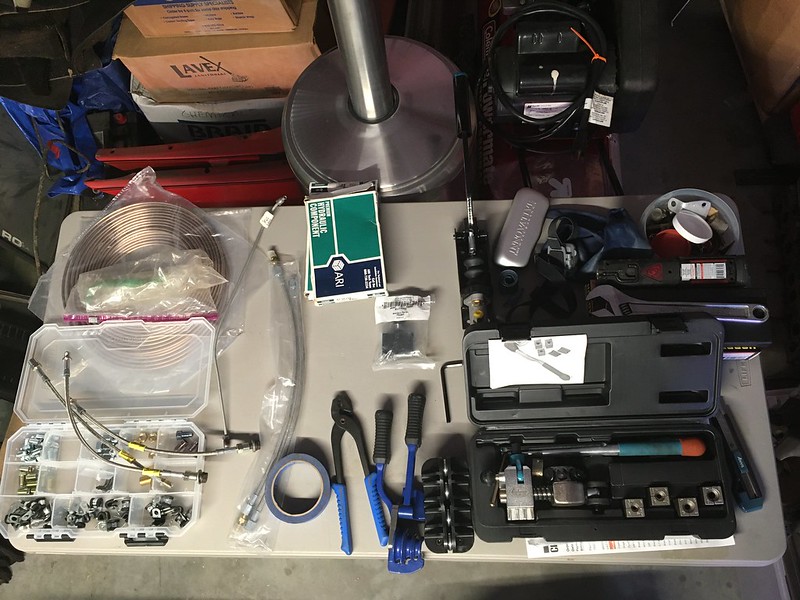 We had started this project late last year but only got as far as installing the stainless steel flex lines from the calipers before the car got invited to Radwood Detroit and we scrambled to get the engine in and put it on the ground. Now we were excited to complete the process but just needed to source some bulkhead fittings. We are trying to keep this build as metric as possible but we couldn’t find metric bulkhead fittings nor SEA versions anywhere. Then Ryan from Thompson Racing Fabrication told us he uses 3AN fittings on his rally car builds and suddenly the way forward was clear: 3AN brake line system! Again, we were stopped waiting for parts. Still, these look pretty: 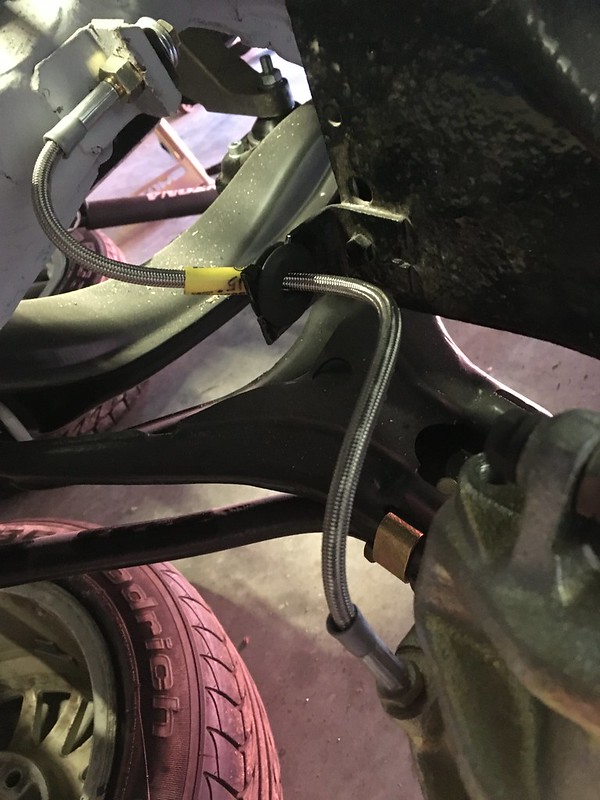