Home» Quattro Rally Build» We Made it to Radwood!

We Made it to Radwood!

It turns out this super easy, bolt on aftermarket intake manifold just keeps giving……………us problems. Now the engine is in the hood hits the throttle body, even after we built a custom adapter to stop it hitting the alternator! Well, we soon realized we didn’t need a throttle body to push the car into the trailer so we took it off and adjusted the hood pins so it at least could be locked down. We’ll figure that out later.

So we pushed the car into the light of day. The first time it has rolled on wheels for fifteen years or so. It was during this process that we realized an eyeball alignment is not really accurate and properly aligned wheels make pushing so much easier! It wasn’t bad in a straight line but with the slightest amount of steering lock and it became very difficult. Still it looks pretty good in the day light. 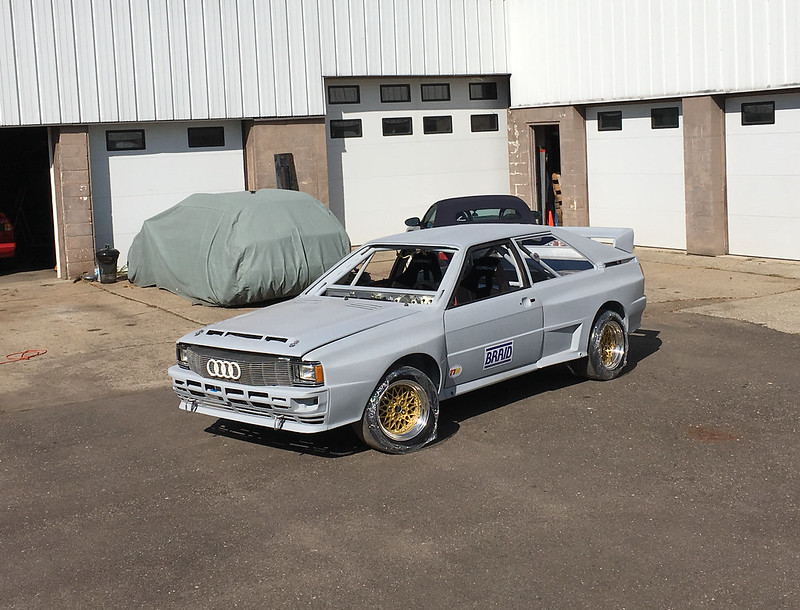 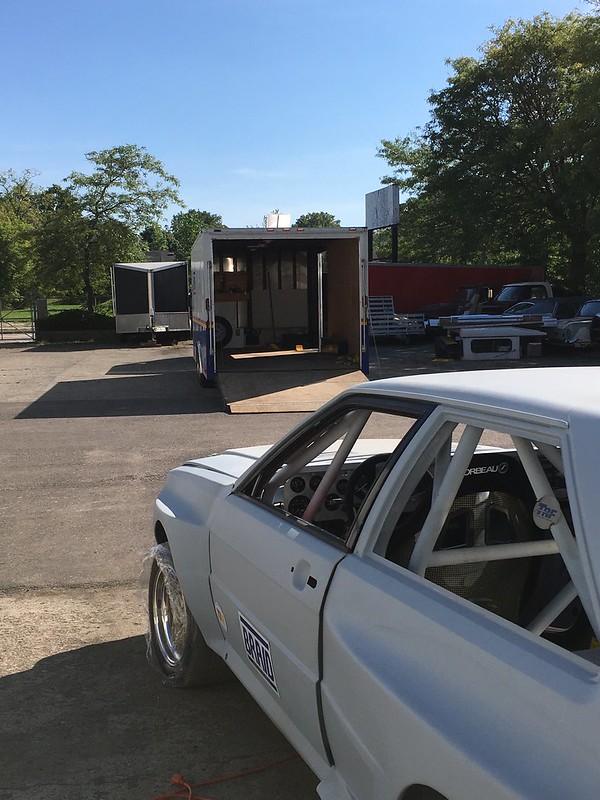 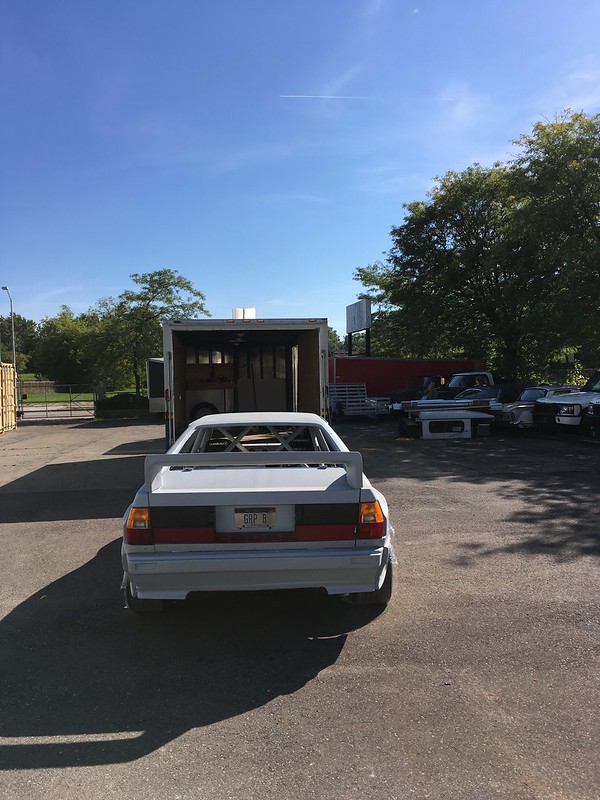 And In. Yes, we used the trailer winch. 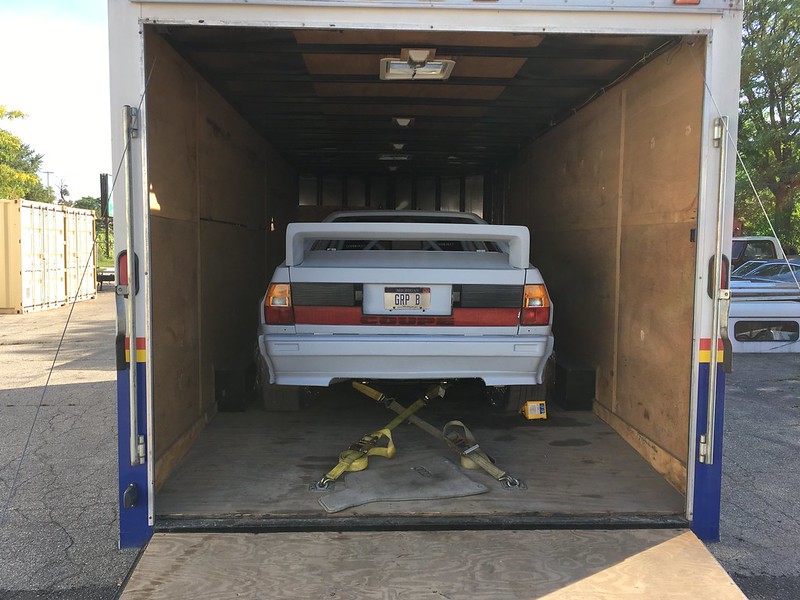 The car was very well received at Radwood and look resplendent parked alongside  its stable mates. 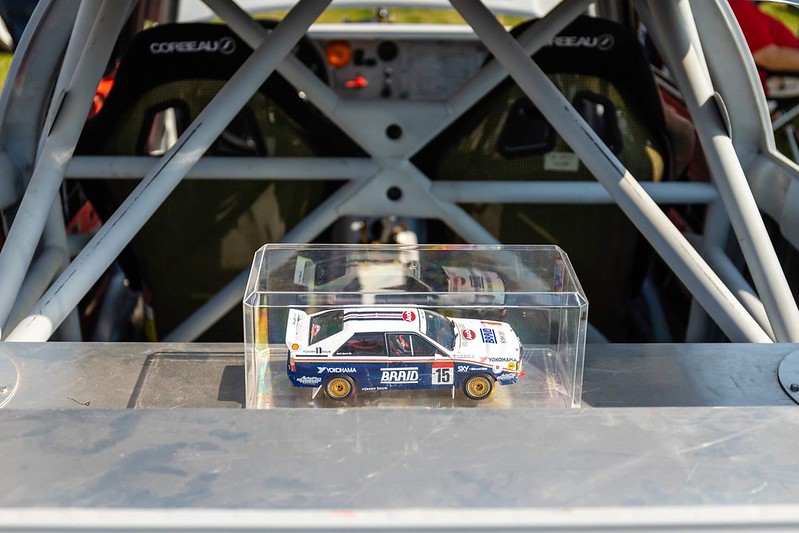 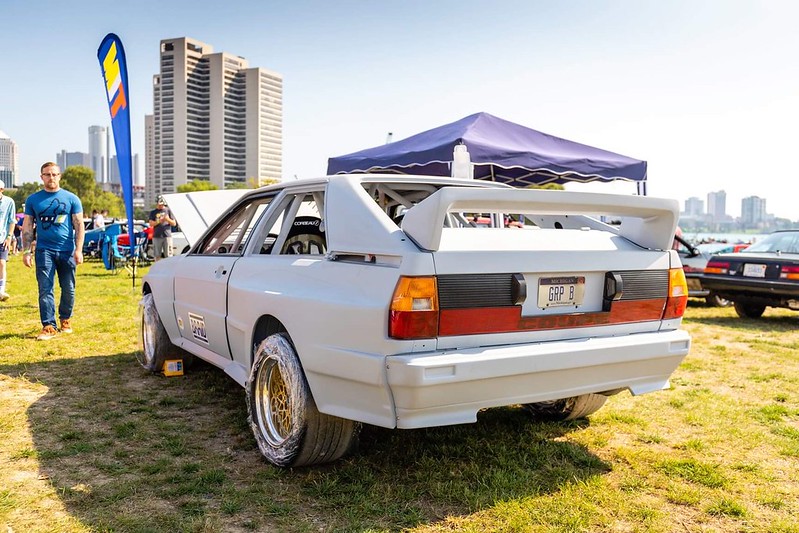 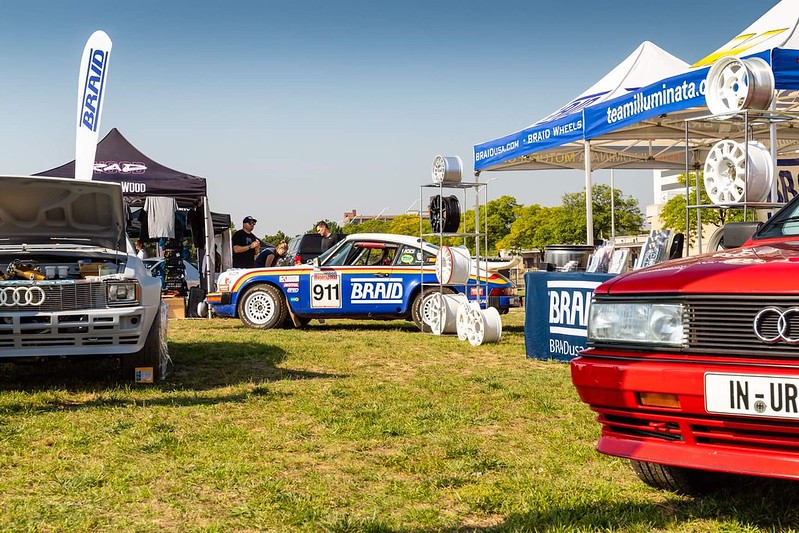 We must admit, getting the car in the public eye inspired us to push harder to get it finished. We might even have a deadline now!