Inspired by our success with the dash fasteners we moved on to something that has been troubling us for a while, the PCV system. We’d like to keep the engine as stock as possible for now as we don’t want to complicate getting an engine we are unfamiliar with running well after it has been idle for who knows how many years. So we think we’d like to keep the PCV system intact as it came from the factory. This was complicated by the fact that we know nothing of the mysteries of PCV and that part of it connects into the intake manifold; the stock intake manifold. Undaunted we dug through our 300 boxes and pulled out anything that looked like it might be part of a PCV system. 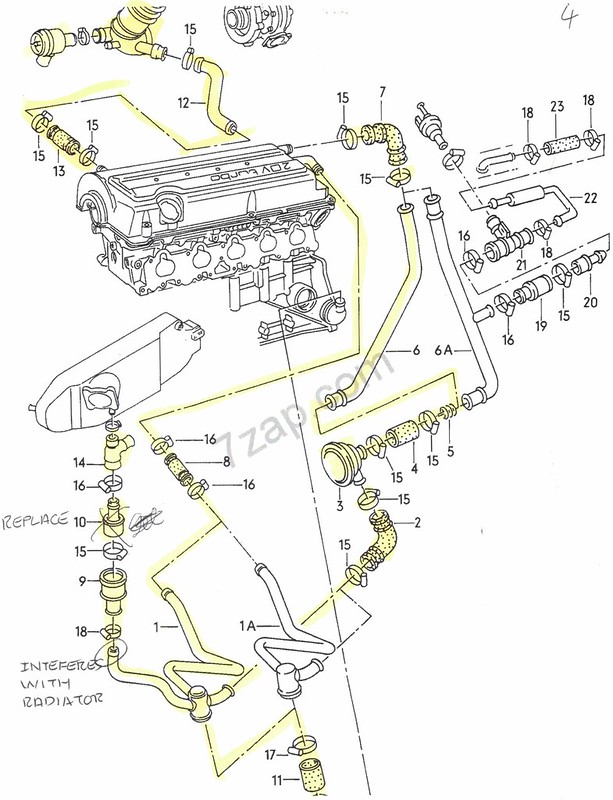 We thought it good insurance to replace all the weird bits that weren’t just pipe so we went to our friends at Pelican Parts. 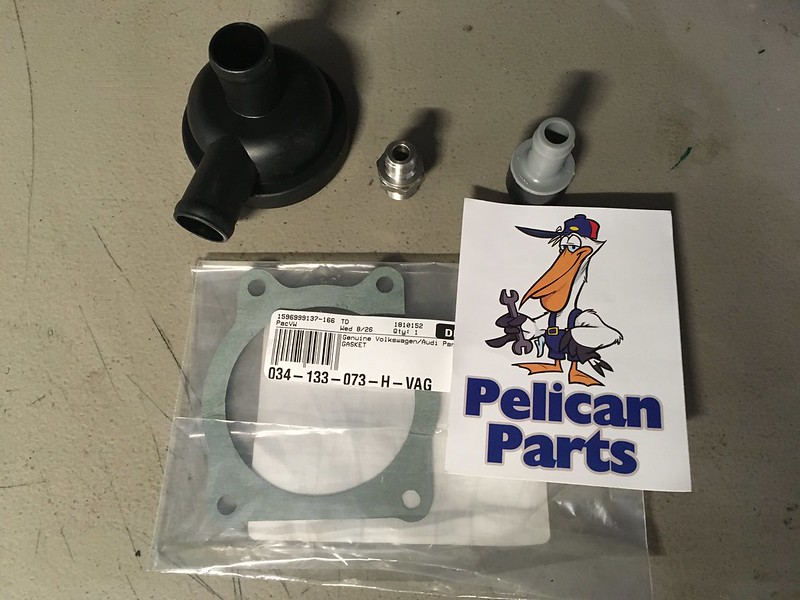 We offered up the bits that went around the back of the engine but it was clear that our radiator was in the way of a straight shot forward. So out with the pipe cutter! 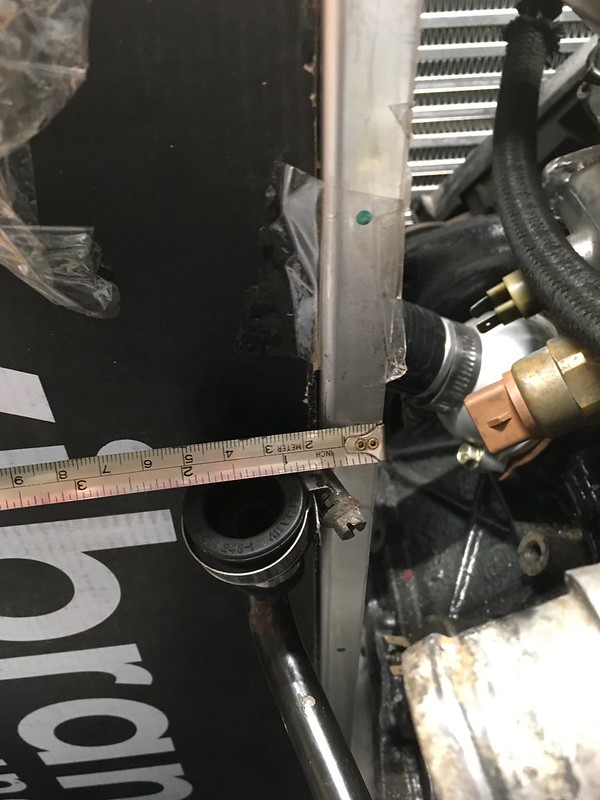 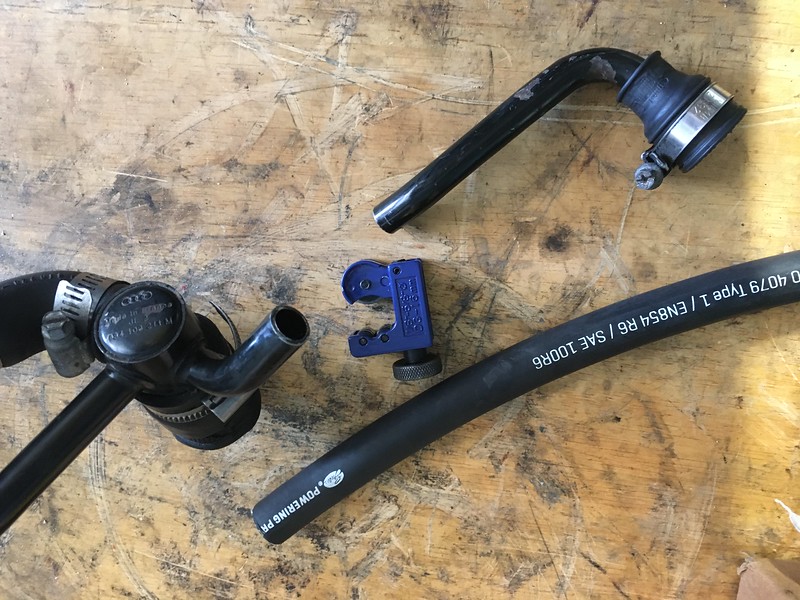 And added a length of flexible hose. It fits now. 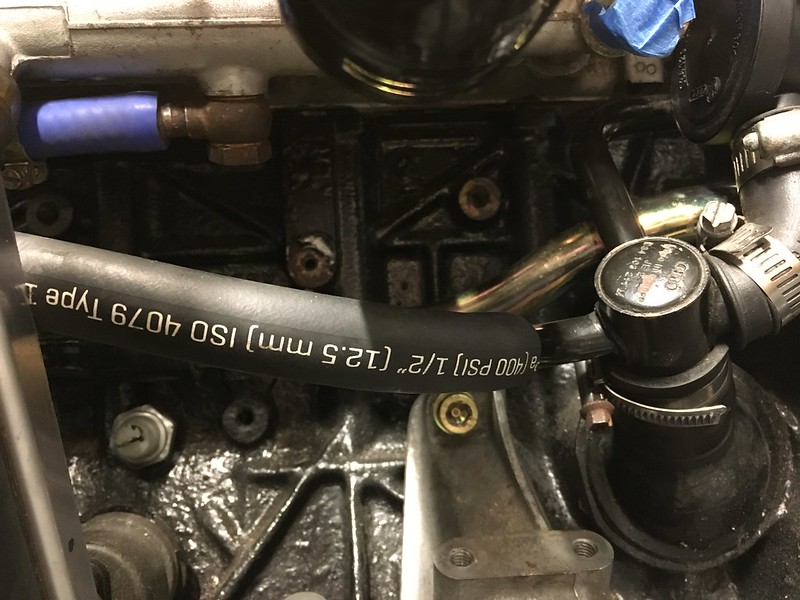 Once passed the radiator we aimed it at the intake manifold behind the throttle body like the stock manifold and used a piece of clear hose for now. We will need to take the manifold off to either weld on a bung or tap it for a fitting of some sort. Next time the engine’s out perhaps.