Yep, we’re now struggling to find things we can install while working in the storage unit. Picking at straws so to speak. Next on our list is therefore the idle air control valve. IACV. If you don’t already know, this ECU controlled valve bypasses the throttle at idle to allow it to, well, idle. Of course, with our fancy aftermarket intake manifold it won’t just bolt back in place. There is a connector for it at the back of the manifold be we’ll still have to tee into the intake tract before the throttle at some place. Here’s the valve with its rubber mounting ring and the nifty bracket that it sits on. 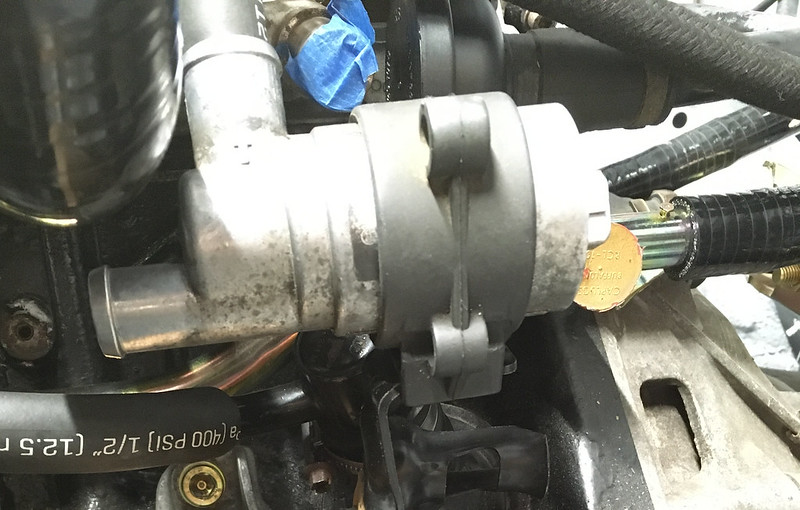 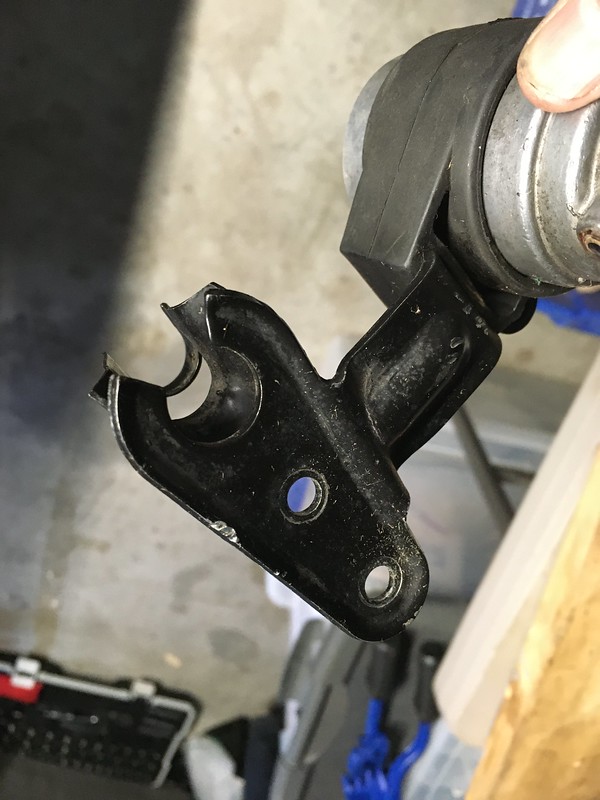 It is quite heavy so we think we should try to mount it using the OE bracket if possible. The inlet to the manifold is towards the back directly underneath, but whatever the IACV mounted off before is no longer apparent. So, we contrived a bracket extension off the engine mount arm as there were already three threaded holes in that. Engage CAD design mode. 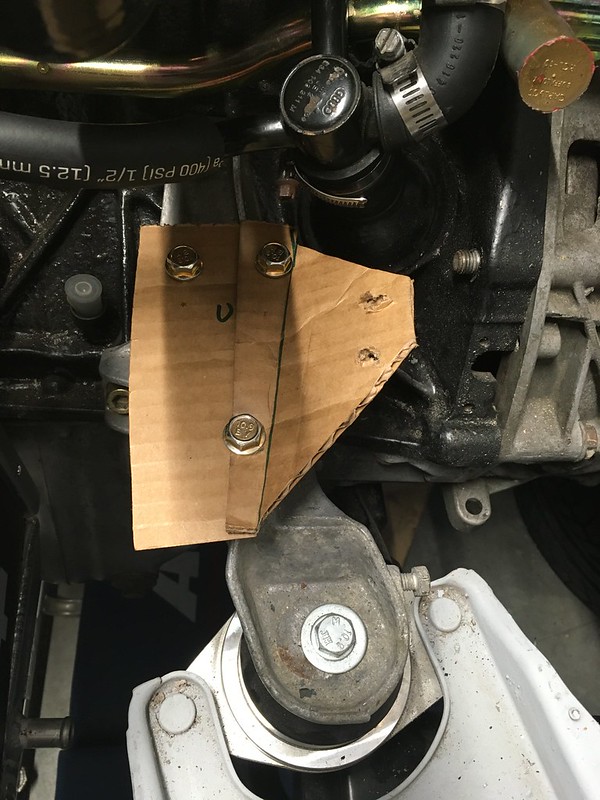 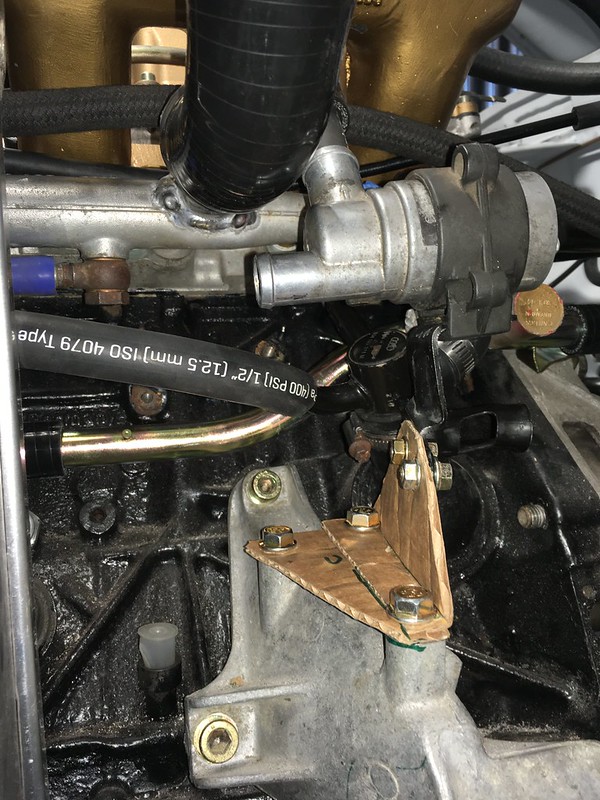 We’re not really setup to make this in our storage unit so we’ll either make it later or outsource it. The inlet is a straight-ish shot to the back of the intercooler end tank but we’ll need to weld a bung on for it so, job stopped!

Our searching through various boxes for various parts revealed the window and aperture seals so we decided to take inventory and install some because, well, we’re running out of things we can do and we have to keep moving forward somehow. 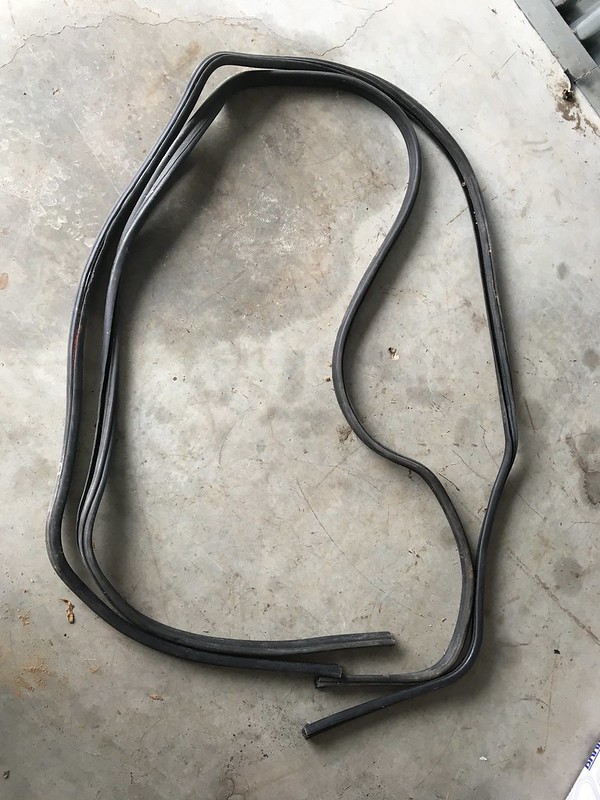 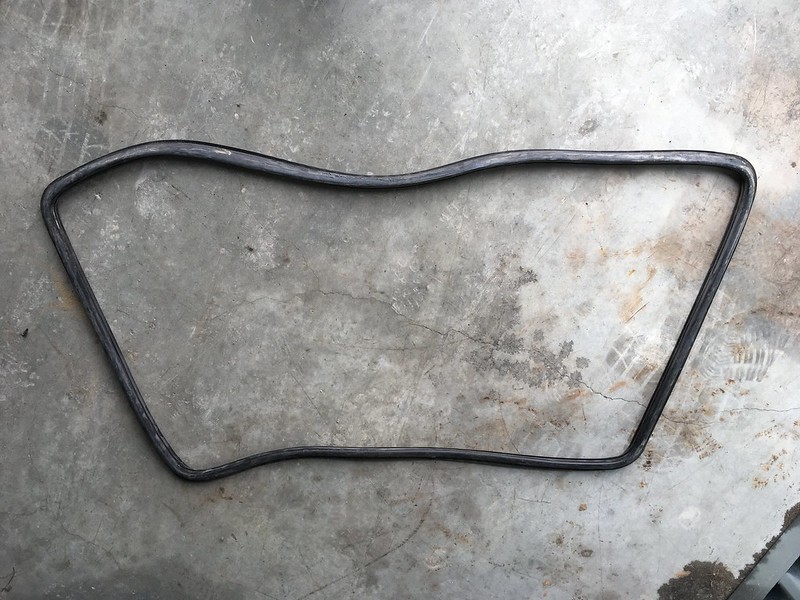 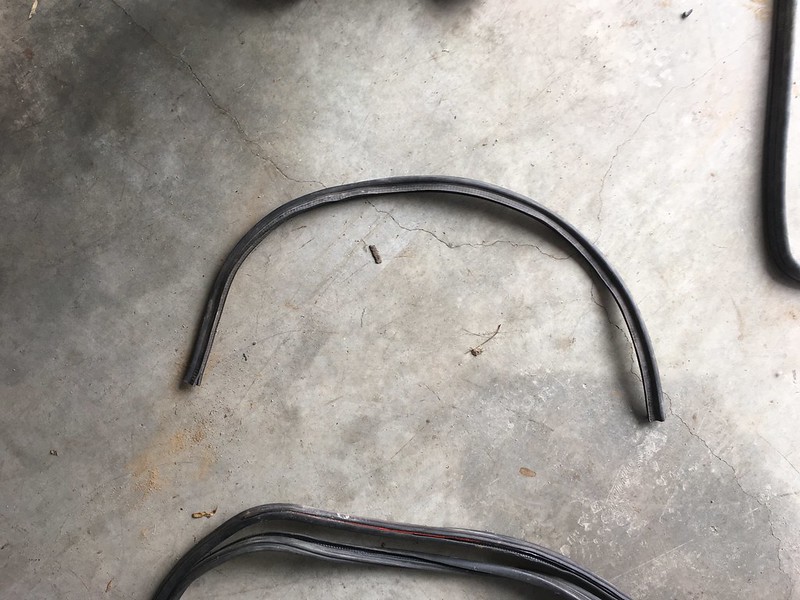 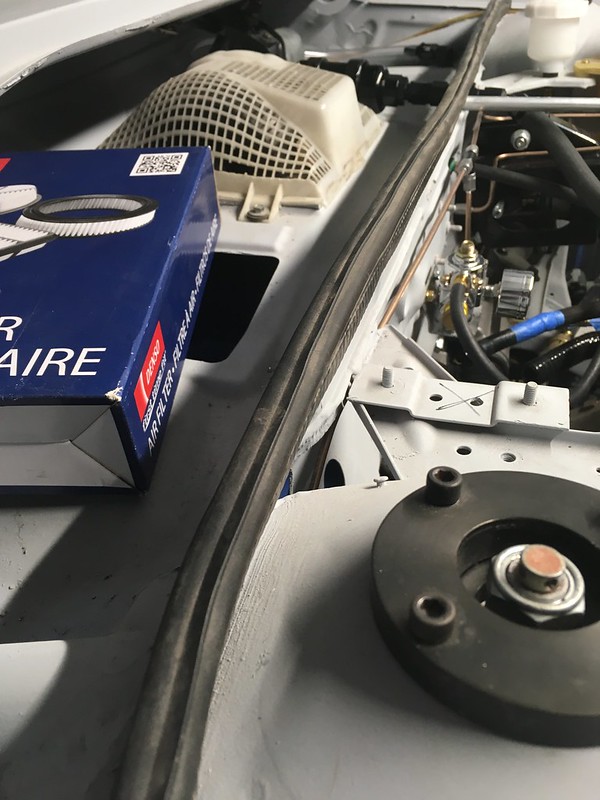 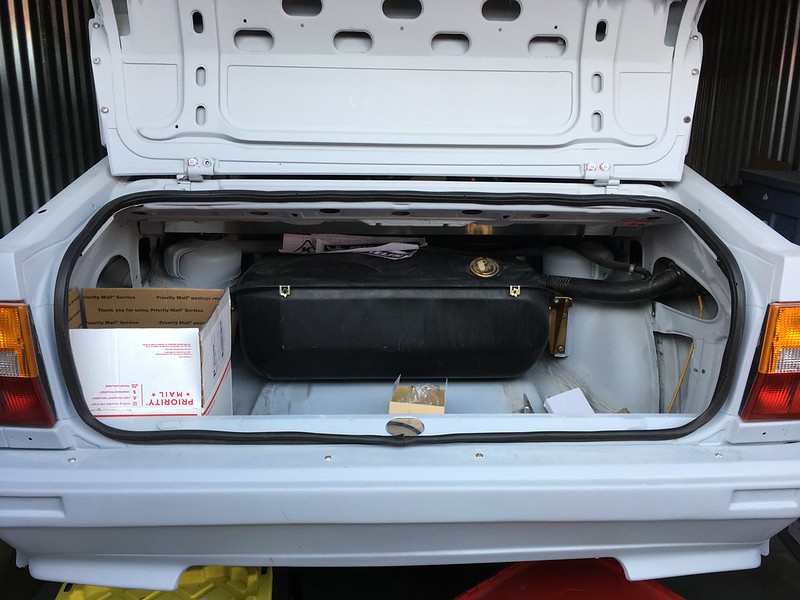 The rest of the window seals are already on the respective windows hidden away, somewhere. These pieces seem to be still in good shape and were surprisingly satisfying to install.