We said we were going to install a “dog box” in the last update and here it is. 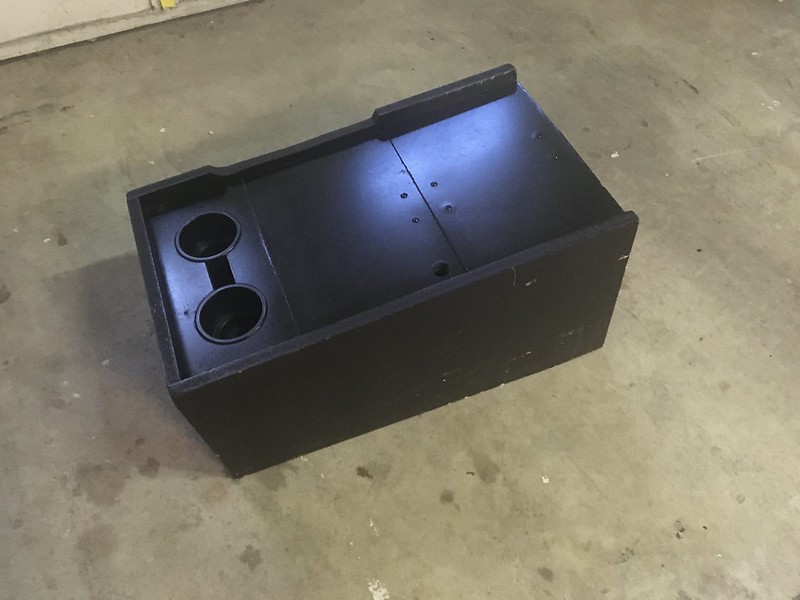 We hope you’re not disappointed but did you really think this was getting a dog box transmission? This sits between the seats and came out of our old RALIVAN. The previous owner of that van built it so his dog could sit next to him on road trips. Hence “dog box”. It also has cup holders and useful storage so we didn’t want to give it up. We had to modify it to get it to fit though. For some reason, in this bigger van, the seats are closer together. We also gave it a lick of paint. 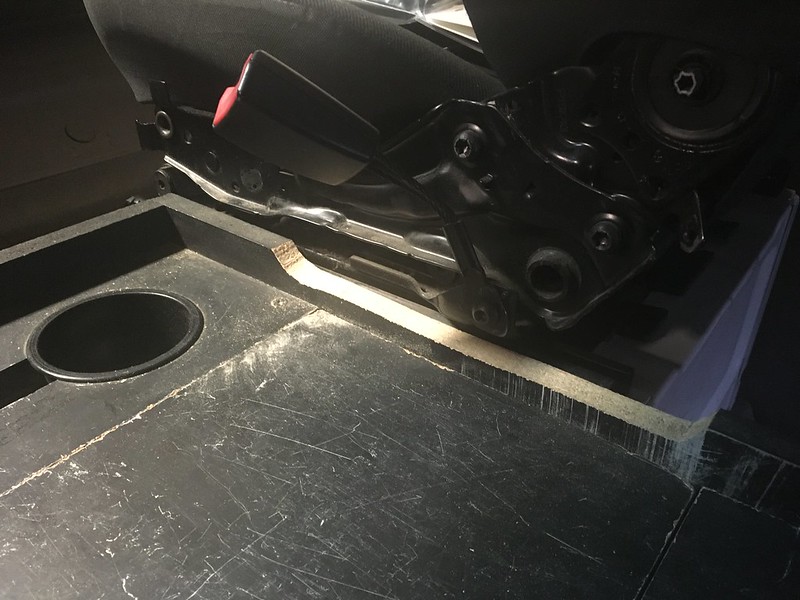 While rummaging around the fuse panel area looking for blown fuses we came across this tracking device. That came out pretty quickly. Anyone want it? 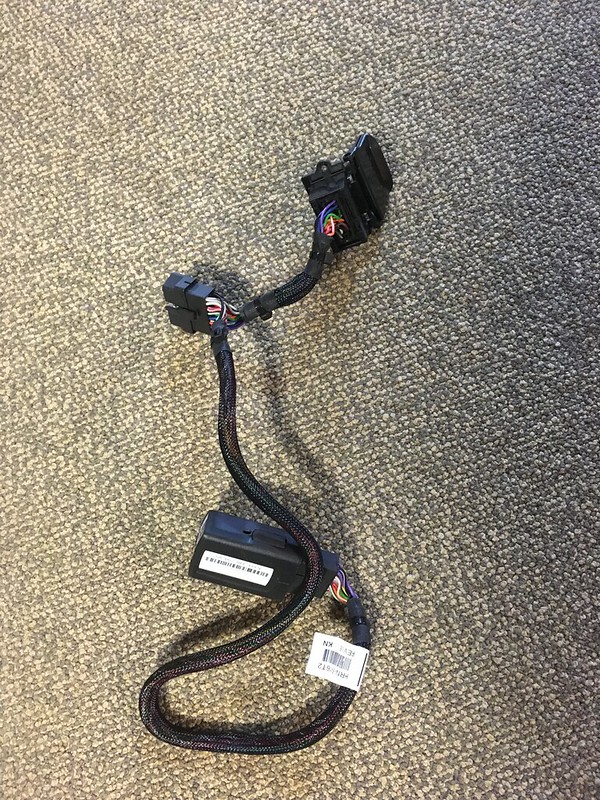 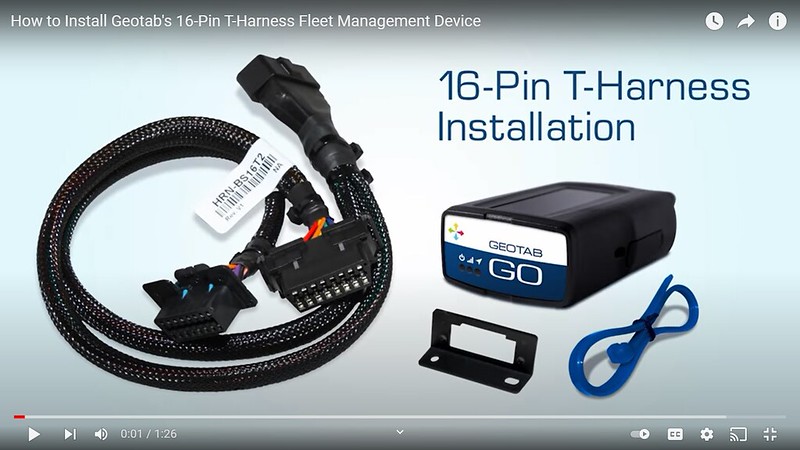 Next we installed our phone holder. We have always used holders from ProClip. They make holders that attach to the car in clever ways and have never let us down. We have one in every vehicle. Not cheap but they are very proper. 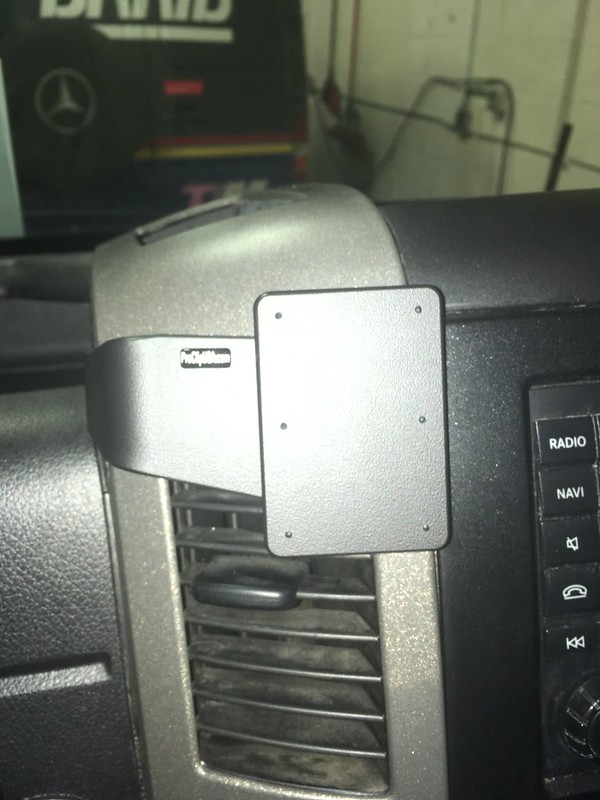 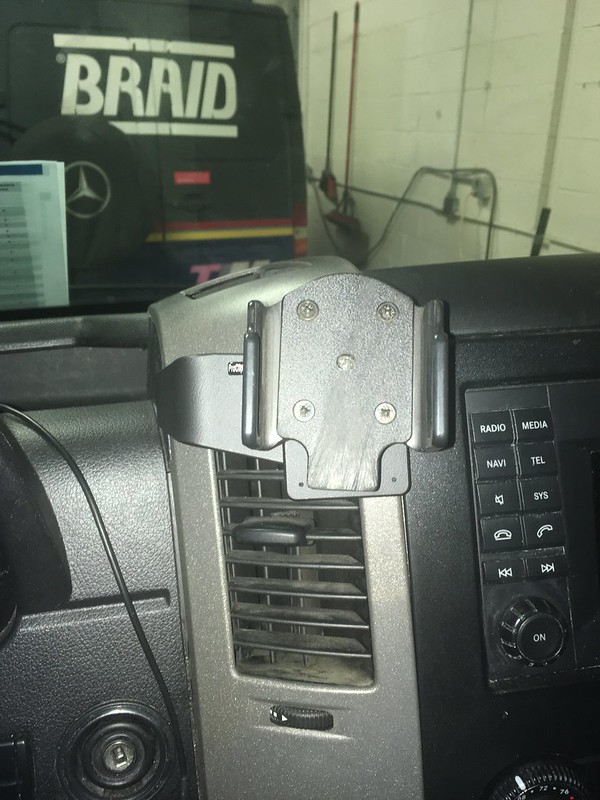 We don’t know if we can have a hitch and a spare tire so the spare got strapped in the back for now. If we can’t we’ll get a back door carrier like our old van has. 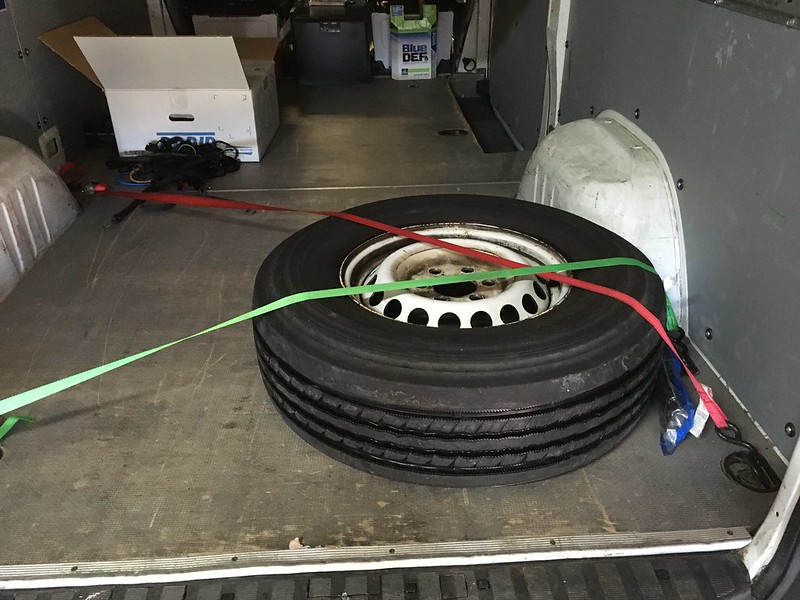 Speaking of an impending hitch installation we took the step bumper off as the hitch would have been too low with it. We thought it was independent of the bumper cover but that wasn’t the case so we ordered up a cheap aftermarket bumper cover. Looks pretty good actually. Anyone want a step bumper? 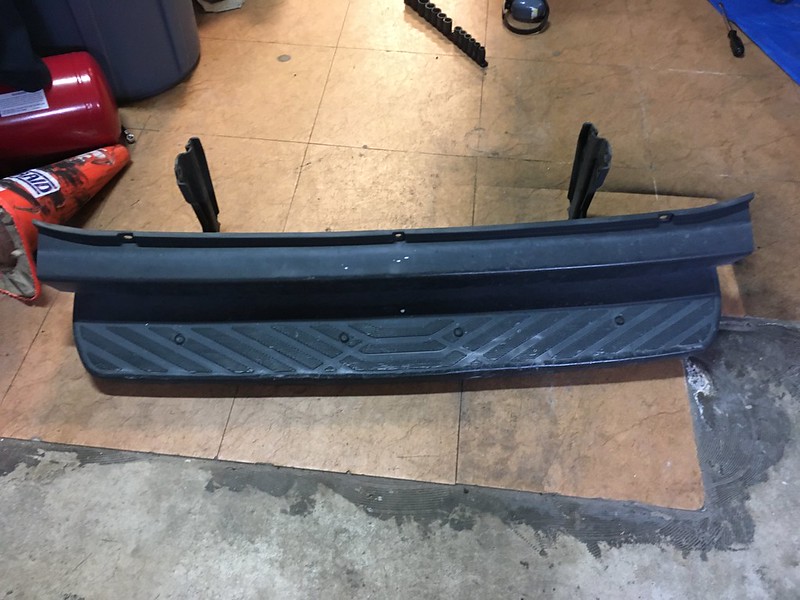 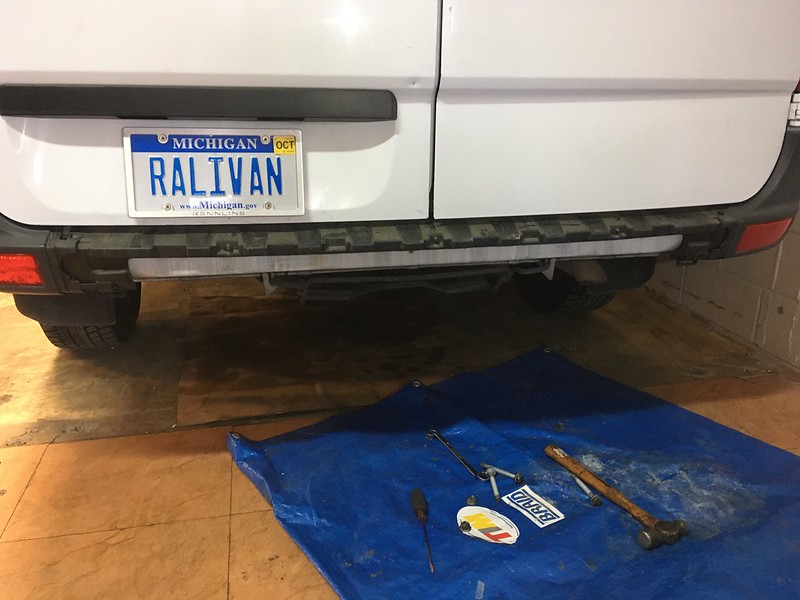 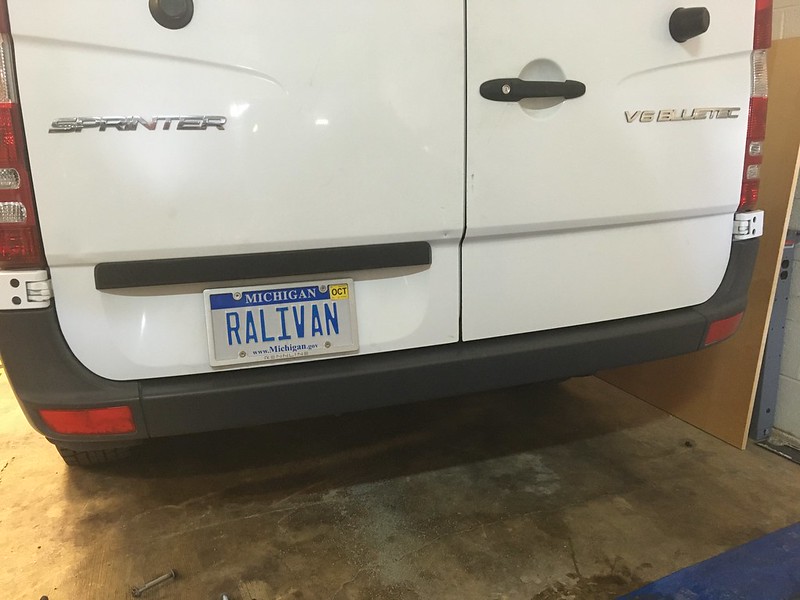