Posted on May 12, 2022
We’d like to introduce our latest project: a 2006 Porsche Cayenne S. This one is a replacement for our Audi Allroad we sold a few months ago and is going to be a daily driver, mild off-road project and backup tow vehicle. Yes, they are rated to tow 7500lbs! 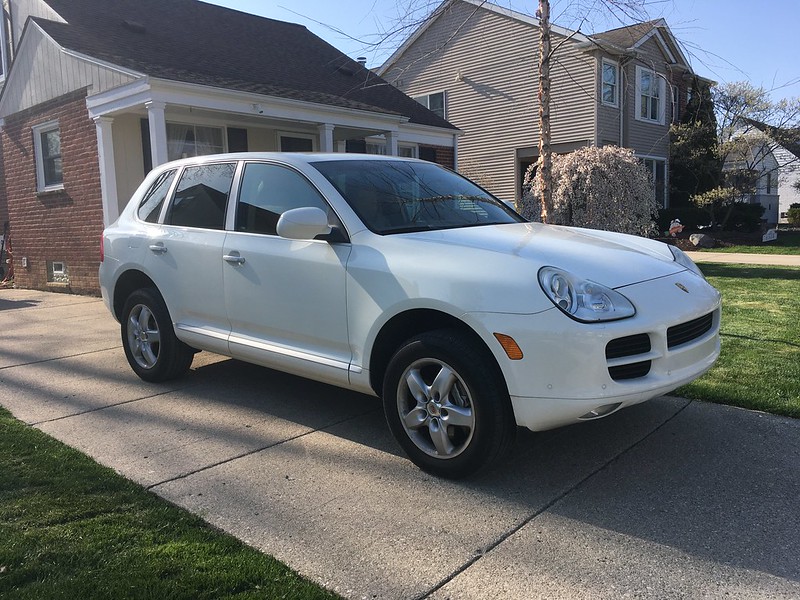 Finding it was a pain in the arse. We couldn’t believe the junk dealers were offering for sale in “ready to drive” condition. You’d have thought it was standard practice to have all the requisite cylinders firing but apparently opinion is divided on the matter. At least two SE Michigan dealers think some cylinders are optional and one of those wouldn’t let us test drive his car because it was raining! Eventually we found this example on Facebook Marketplace for sale by owner and it was a stand-out so we snapped it up. It was probably a bit over priced but was running on all eight cylinders, had a good story and background and drove nicer than anything else we’d looked at. The owner even brought it round to our shop and hung out while we put it on the hoist and poked and prodded it.

So it’s a Cayenne S with 131,000 miles, which sounds a lot but is about 8,000 miles a year so technically low mileage. It has a 4.5l V8 and is pretty loaded for a car designed two decades ago. It’s obviously been sat around a bit over the last few years if the service records are anything to go off but is rust free and almost everything works. There’s a couple of lights out and the battery, though fairly new, seems a bit lethargic. The valve cover gaskets are leaking, the body is unmolested but there are some scratches on the rear right corner. It has air suspension and one of the strut/bag dust covers is cracked. According to an inspection that was carried out by a local Porsche specialist before it was offered for sale, the lower control arm bushings are ready to be replaced, but we couldn’t tell. 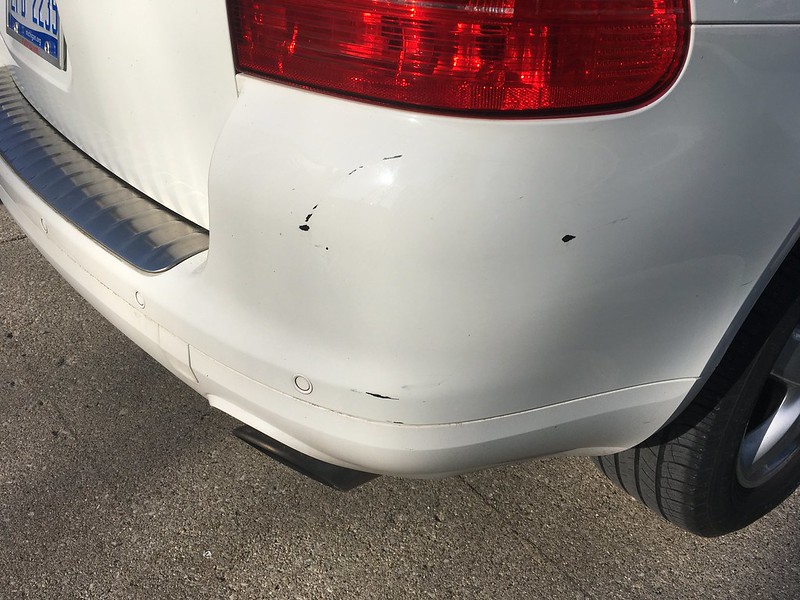 So what’s the plan for this beast? Firstly, a full service and fix as many of the issues above; then we can begin to ruin it. Well, not really. It’s actually too nice to ruin which is fine as it is supposed to be a daily driver primarily so we’re thinking a mild off-road build is in order. Rather like the Allroad but with working air suspension. we'd also like to keep everything somewhat reversible as these are becoming collectible and this particular one is actually quite nice and straight; perhaps unfortunately so. In order to avoid the "bro-truck" or "mall crawler" moniker we came up with the idea of doing a Transsyberia tribute build. Those looked quite conservative but added a little to the Cayenne's already prodigious off-road bona fides. However, that might seem a little pretentious so we thought we could more likely get away with it if we introduced a bit of humor to the equation and name it the TIMSYBERIA instead. Nobody can be angry at you if you make them laugh, right?

As this particular vehicle has air suspension like the original Transsyberias which were not lifted much, if at all, we don't feel we need a lift. Some slightly oversized all terrain tires and the flick of a switch should get us where we need to be. These will be mounted on BRAID Winrace T Beadlock B wheels (of course) with a modest offset. Anthracite with a red Beadlock ring because we stock them. 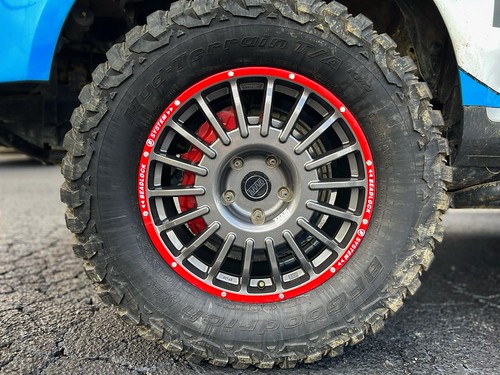 The roof rack off the Allroad, some iconic rally lights across the front, maybe some skid plates and a hitch mounted spare. Of course it will need a livery. As it is white the Rothmans livery we are so well known for copying would be an obvious choice and we’re not ruling it out altogether, but are leaning towards adapting the original Transsyberia livery to our palette. Fundamental to this design is the large decal on the doors. Obviously we can't use a TRANSSYBERIA decal so have devised a TIM version: 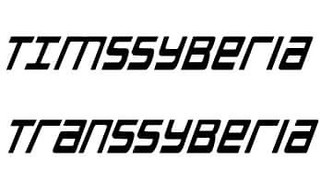 To continue the theme from the beadlock wheels we intend to create these in red along with the rest of the decal package as far as we can. What is orange here will be red on ours: 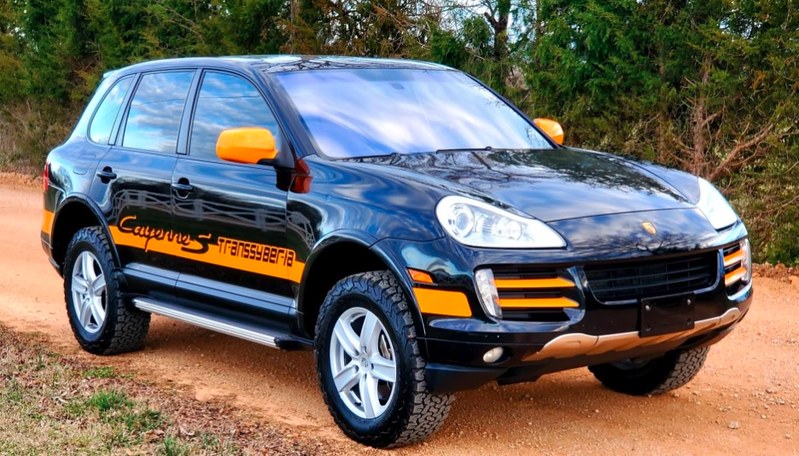 The interior of the Transsyberia models was black with orange accents. 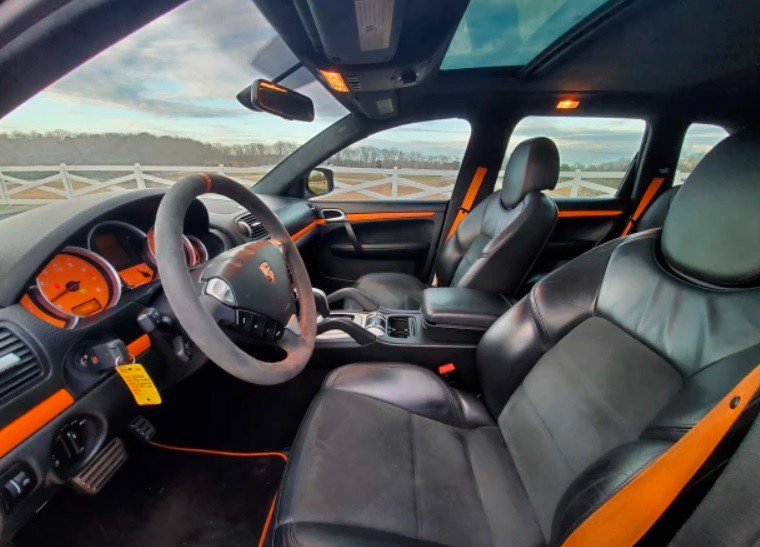 Ours is beige with wood accents. It is out of the budget to replace the interior and probably unwise to add red accents so we think we will leave it alone and just embrace the beige-ness. Maybe we will grow to think of it as "Safari Sand" over time. 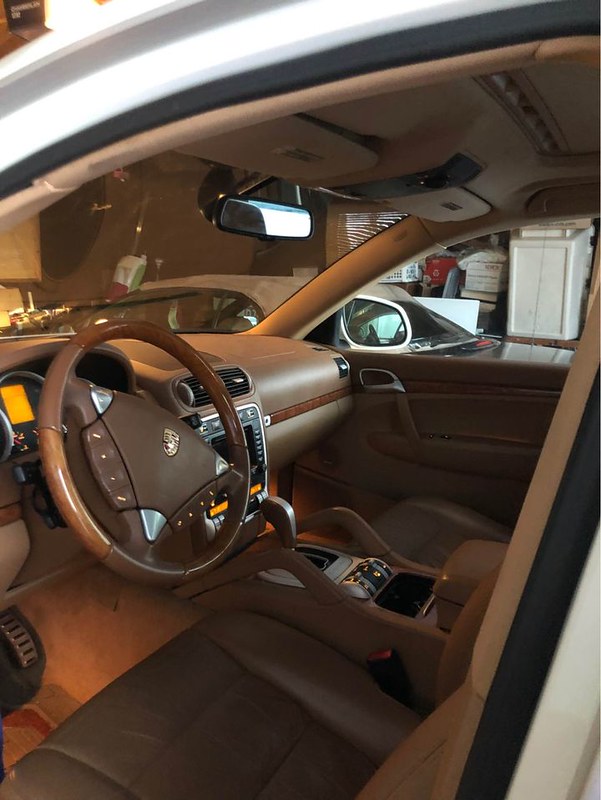 One exciting aspect of the project is that we are partnering with RENNLINE (www.rennline.com) on the build. They are currently developing products for the Cayenne and we are going to get to try some of them on our test rig. Let’s hope they don’t get too radical for us! Here’s a start: